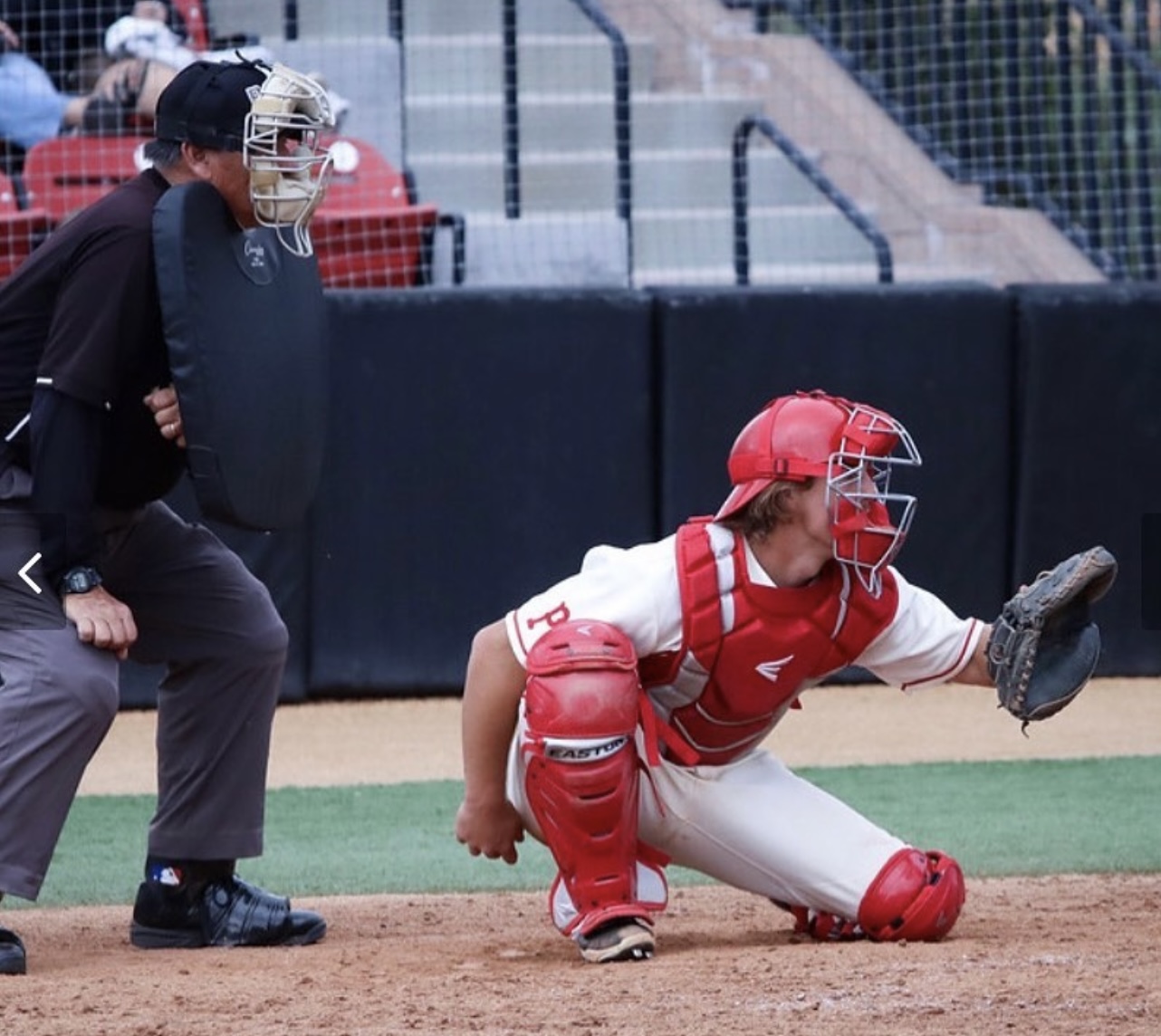 Devlin Lindeman is Named Comet of the Week

The Palomar Athletics Department has chosen Devlin Lindeman as the Comet Player of the Week.

The Palomar Athletics Department chooses student athletes that have made recent outstanding achievements. “Comet of the Week” is a way to congratulate and recognize those students. Click here to view this week’s post.

Devlin Lindeman, #8, is a catcher on the Palomar baseball team. He has been chosen because of his outstanding performance on March 5 against Southwestern College.

During the game he managed to record 6 RBI’s and successfully go 4-4 at the plate. He also leads the conference in RBIs and is tied for 1st with five home runs thus far.

During a phone interview with Lindeman, he described his background with baseball and how he started playing.

“Both my parents and my brother pushed me to play baseball and I started playing when I was 3 years old,” Lindeman said.

As for what drove him to keep improving within the game he admits, “I mean I really just wanted to be better than my brother then I fell in love with the game.”

Lindeman expresses his love and devotion for the game.

“I wanna play baseball for as long as I can so I’m gonna go to a 4-year and keep playing baseball and hopefully I can play for a living,” he stated.

When asked how the transition has been from high school to college baseball, Lindeman said, “At first it was hard because everything was faster and everybody was better . . . it was more competitive but it made me better because I had to focus everyday.”

When asked if there is anyone who currently inspires him to keep driving for success he named, “Our hard coach Ben Adams because of the passion he shows everyday for wanting to make the team better and help us win keeps us all pushing forward towards our team goals.”

Lindeman’s presence on the team is recognized by those around him, and is explained in this phone interview with teammate Caden Szuba.

He explained “As a player and a person Dev is a great role model, he’s always just having fun, as serious as he takes baseball, he knows it’s just a game that’s meant to be fun, and I’ve learned that from him . . . he has also taught me to not stress instantly and to always have a positive outlook on any situation.”

Lindeman and Szuba attended the same high school together and both came to Palomar to continue their baseball careers.

“Going from high school to college alongside Dev has been great, he’s been one of my best friends from the day we met and watching him develop into the player he is now has been super cool…he keeps finding ways to improve and I’m excited to see what the kid does next,” Szuba says showing true friendship and support of Lindeman.

Lindeman’s competitive edge propels him to be the best and has made him successful within his baseball career and does not go unnoticed.

“Something that some people might not know about Dev is how competitive he really is. No matter what the competition may be, he will want to go out and try to win it. Which is great to have someone like that on your team, because that type of energy is contagious. Once he gets going everyone usually backs him up,” teammate Szuba expressed.

Throughout the season Lindeman has shown that he is a competitive and driven player. His recent success of being named Comet of the Week shows that even though he is a freshman he has the ability to make a major impact on the teams success.

If you would like to see Lindeman in action and support the Palomar Baseball team you can find the schedule here and watch them take on their next opponent.