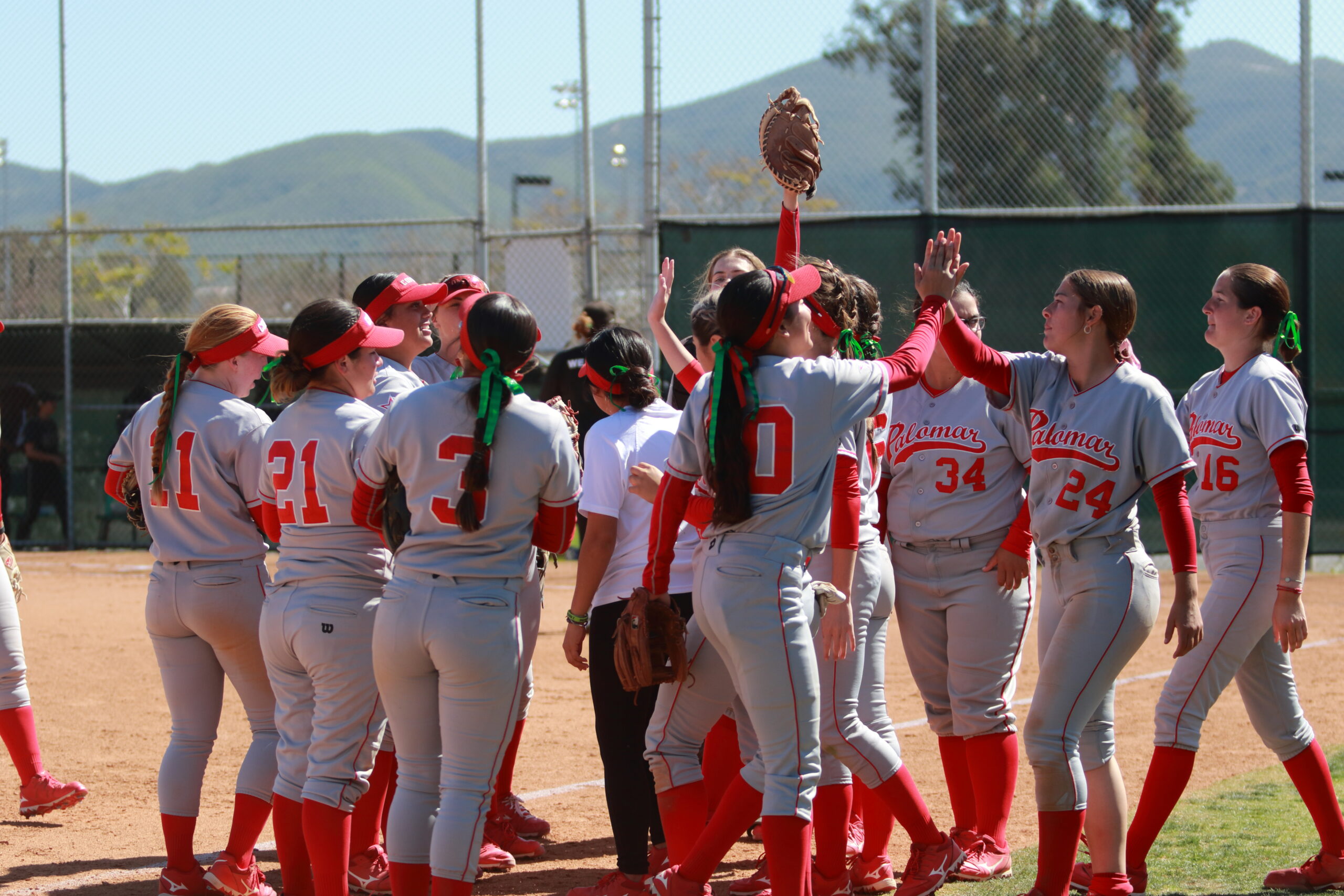 Palomar’s Softball team is over halfway through their season and have a record of 21 wins and 4 losses.

The team started off their season with six wins and two losses before rattling off nine wins in a row. They are currently ranked #2 in Southern California and #5 in the state.

When asked about what lead the team here, Head Coach Lacey Craft said, “…we have played a tough schedule and beat some great opponents. We have a tough pitching battery – we have 2 great pitchers that have led this team,” in an interview through email.

Pitchers India Caldwell (#16) and Farrah Steffany (#15) have been keeping opponents to little offense. Caldwell has a 1.06 ERA and Steffany has an ERA of 1.27.

ERA refers to how many runs were obtained that were not caused by an error or passed ball. Typically, this is used to rank pitchers.

“India and Farrah are both great pitchers and have different strengths in the circle. It’s an advantage to have more than one arm & they both have had success in the first half of the season,” said Craft.

When asked about what they attribute the success of their season so far, Steffany said “I would say with our record so far, we really are coming together as a team. And it’s just really fun to know that they have my back, and I have theirs,” in an interview after the teams win against Imperial Valley.

One stand-out memory from the season so far is shared by both Craft and Steffany during a tough game against Fullerton College.

Steffany saw the game as the team really coming together. “It was really a time for me and my teammates where that was kind of the first time we really really came together and really fought each and every inning.”

Caldwell, also in an interview after the Imperial Valley game said, “We all just really want to get better. So when we come out to practice, right now we’re focusing on consistency.”

Caldwell said that they are working on hitting their spots with pitching and that the combination of pitching, hitting, and good plays are huge contributors to their success.

Asking Steffany the same question, she said “ I really hope we just work hard and come with the same mentality every single day and we make it far into state and just show people who we are.”

You can find more information about their upcoming schedule here.

*Editor’s note: This story has been updated to include photos.*