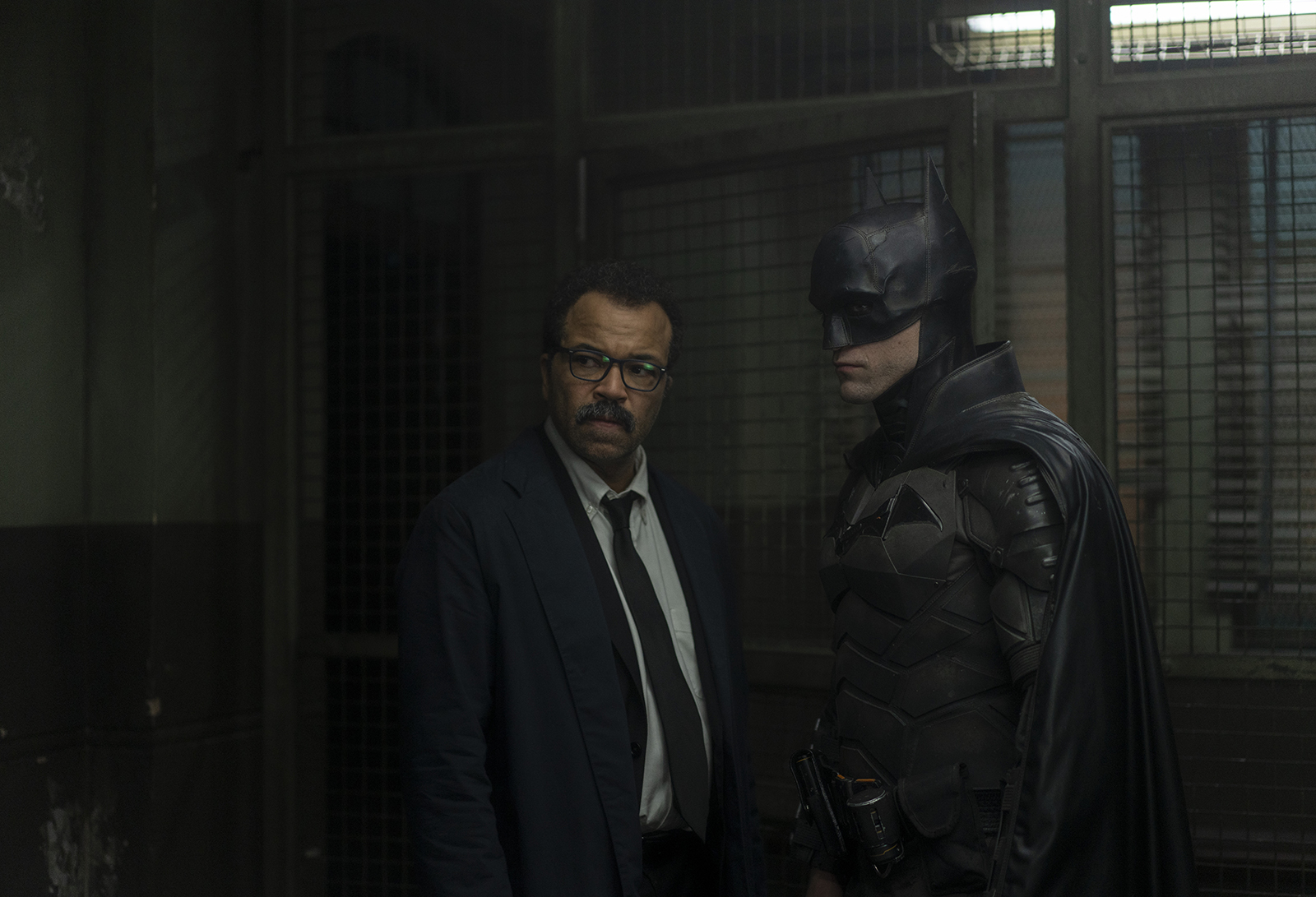 Review: “The Batman” is the Grungy Hero We Needed

Say farewell to the playboy persona of Bruce Wayne because here comes the darkest reimagining of Batman.

In a time of global uncertainty and rampant hate groups, “The Batman” is the most relevant representation of how our emotions and actions are entangled with what we see in the media and around us.

This grittier concept of a bruised Batman, played by Robert Pattinson, blends hero and person into a single crime-fighting entity that we haven’t seen before. Only two years into his journey of vengeance, Bruce Wayne is crafted as a relatable character for the audience, despite his established wealth and talent for fighting crime.

As Batman searches for a mysterious clue-leaving killer and uncovers the secrets of those around him, he is joined by familiar characters like Alfred Pennyworth (Andy Serkis) and James Gordon (Jeffery Wright). Wayne’s grim character development is eased by the introduction of Selina Kyle/Catwoman, played by Zoë Kravitz, giving us a closer look into the strong chemistry between the Cat and the Bat, while showing the complexity of an antihero.

The various villains of this city, portrayed by actors including Paul Dano, Collin Farrell, and John Turturro, serve as formidable opponents for a troubled man constantly trying to keep order in the shadows. The nearly three-hour movie by director Matt Reeves has already made over $128 million with its exclusive theater opening, despite its violent tone which isn’t entirely family-friendly, and various lengthy scenes.

Pattinson not only portrays a desolated Batman that feels accurate to his crime-laden city but also someone that chooses to be reclusive instead of masking his emotions in public. The Wayne’s gothic-style tower matches the dramatic tone of the movie, as even our dark crusader wears black ‘90s type sunglasses after solemnly writing in his journal.

“The Batman” addresses the abuse of power by the wealthy and privileged along with modern crimes that are perpetrated online.

With a constant eye on media in this generation, crime feels unrelenting and omnipresent. The perpetual gloom of Gotham City matches the heavy mood that follows solving deathly riddles from a modern-day Zodiac Killer. Reeve’s version of the world-renowned franchise explores issues that we face today and how the internet can exacerbate terrifying criminals.

The movie’s stylish cinematography utilizes precise lighting as a tool to accentuate the darkness of a decaying city and the sacrifices it takes to combat institutionalized corruption. But the shots also feel very personal, as if you’re riding Catwoman’s motorcycle into the city or in the middle of a chase with the Batmobile. The perfect setting for action-packed scenes and dramatic dialogue is combined with an incredible soundtrack featuring Nirvana’s “Something in the Way.”

In the center of it all is Bruce Wayne who, long after the night is over and his cowl is off, still wears the smudged black eye makeup that covers his identity. This is an absolute must-watch to see a new side of a brooding Batman living in our generation.

“The Batman” is exclusively in theaters now and will be available on HBO Max on April 19, 2022!