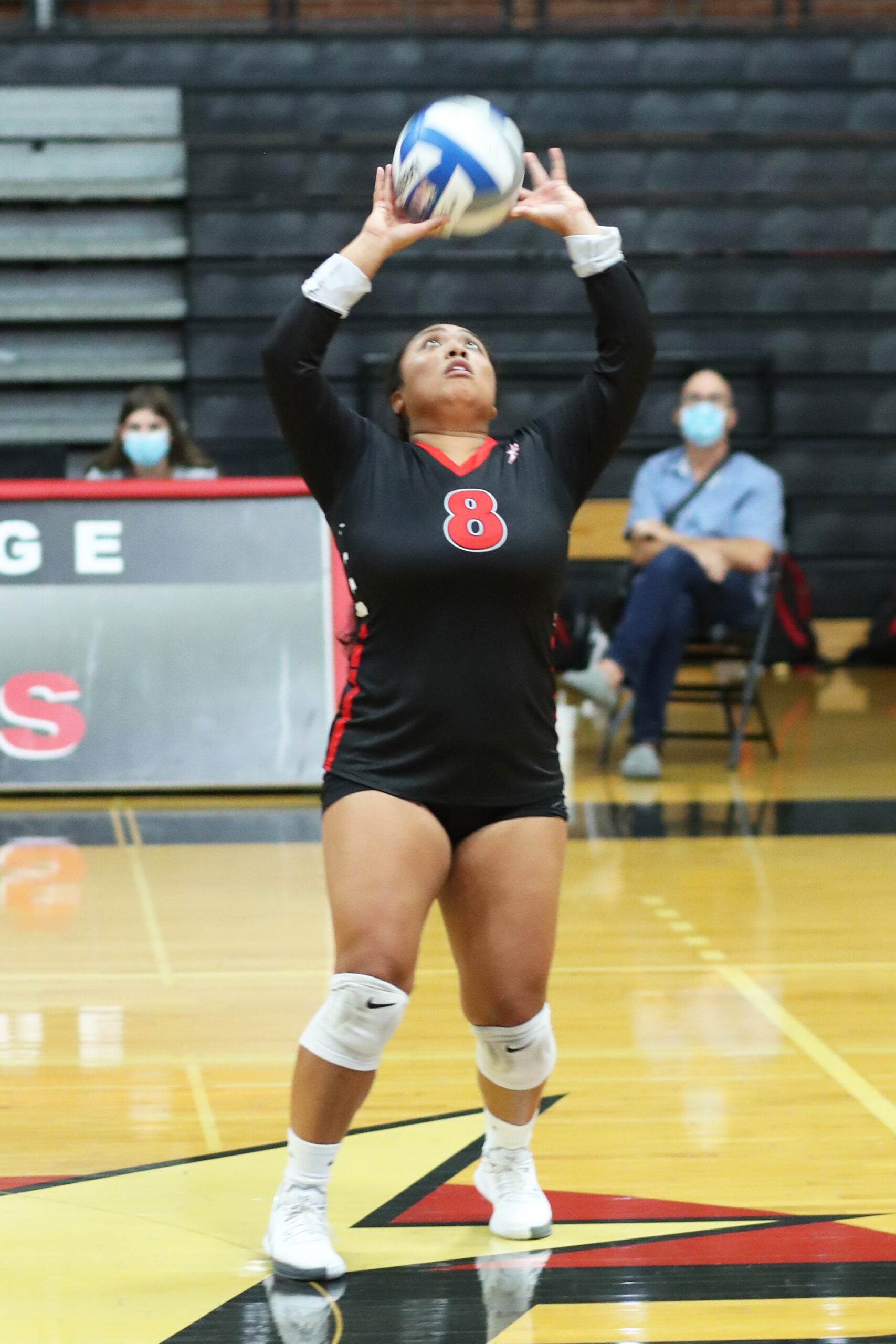 Meet Alana: Life on and off the Court

Alana Lacangan is one of Palomar’s most recent “Comet of the Week” awardees and is a setter for the volleyball team.

Lacangan has been playing volleyball for twelve years now. Her love for the sport began in 6th grade, continued through middle school and eventually into high school, where she was on varsity all four years at Rancho Buena Vista High School.

“Something I love about volleyball is how competitive it is. I love the energy and the feeling of winning with my team, knowing we work so hard and can come together and win as a team is my favorite part. My favorite memory will always be our Halloween practices and getting to see everyone’s funny costumes, especially coach Colleen,” said Lacangan, in an interview via text.

Lacangan played a semester at San Diego Mesa college before joining Palomar’s team in 2019. In addition to her school career, she also played at SoCal Volleyball Club and is now a coach there.

“Lacangan has an outgoing personality that motivates the team. She is a team player that is looking out for her teammates. She is a very good defender and server. Has good all around skills,” said Karl Seiler, Palomar’s volleyball coach, via email.

Beyond Palomar, Lacangan hopes to continue her volleyball career at a new university, like University Saint Katherine’s or Point Loma Nazarene. Lacangan can imagine herself both in the gym for indoor volleyball or accompanied by the sea for beach volleyball, but only the future can tell what is in store for Lacangan.

“What stands out about her is that she is an amazing leader and she always tries her best to be the best teammate and friend she can be. She brings a great vibe of togetherness to the team. She always checks in on us making sure we are doing okay and is just the sweetest friend and teammate!” said Casey Widdoss, teammate of Lacangan, via text.

Off campus, Lacangan sings on the worship team at her church and is involved with its youth programs as well. As for school, Lacangan is deep in her books of liberal studies as she hopes to one day be an elementary school teacher.

“I absolutely love working with kids and for me growing up I know that I have teachers that impacted my life so much and I hope I can do that for someone too,” said Lacangan.

Based on accounts from the people around her, Lacangan seems to be genuine on and off the court and is undoubtedly not only a star player, but someone with unmistakable charisma.

“She is an amazing and hardworking player and everyone looks up to her. She is able to encourage us when we are feeling down and fights so hard on the court. We never have to worry about a ball dropping anywhere near her because of her willingness to throw herself for the ball,” said Bella Perez, teammate of Lacangan, via text.

Lacangan’s inspiring nature goes beyond the court as her brings her best in all areas of life.

“If I had to name one notable quality about Lacangan it’s definitely her passion in everything she involves herself in,” said Perez.

To see Alana and the rest of the Palomar volleyball team in action, visit thePalomar Athletics site or check out the Instagram here.