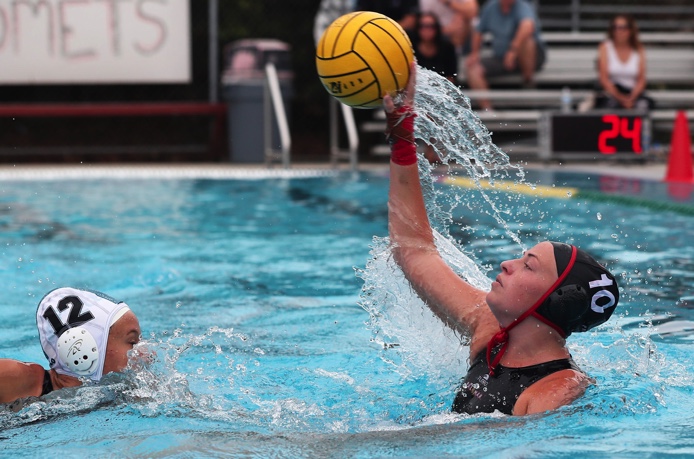 Get to know Women’s Water Polo player and recent “Comet of the Week” Brynna Bryant.

SAN MARCOS– Bryant has been playing water polo since before her freshman year of high school and is in her first year at Palomar after being at San Diego Mesa College for two years.

“The season for me so far has been really enjoyable, I haven’t played water polo since high school due to having hand surgery a few months ago so being able to be back in the pool is super exciting for me and I absolutely love it, we have been doing pretty good in our games and starting to work more as a team as our season continues which makes us play better all around as a team” Bryant said in an email.

In Bryant’s senior year, she sustained a thumb injury that required surgery. “…I tore one ligament completely and had surgery for that in March and I still most likely have one more ligament torn and still need another surgery after our season ends this year.”

The water polo team currently has a record of 9-8 and are undefeated in their conference with five wins and Bryant’s injury has not stopped her from being an integral part of the team. In 13 games played, Bryant leads the team in scores with 44 goals on 95 shots. She also has 15 assists and 28 steals.

The team did not have a season last year due to the pandemic. Being able to practice and play games again lets the team grow together and create a team bond.

“My time on the team has been a blast, it’s so fun to be able to be on a team again competing at a higher level. It’s also been fun being able to meet new people that also share the same passion as I do” said Bryant.

When Bryant isn’t in the pool, she coaches high school water polo and enjoys working out. After Palomar, Bryant hopes to transfer to a state school where she can continue to play water polo as well as earn her degree in kinesiology.

To stay updated with Brynna and the rest of the Comets on the women’s water polo team, visit the Palomar Athletics website for their game schedule.