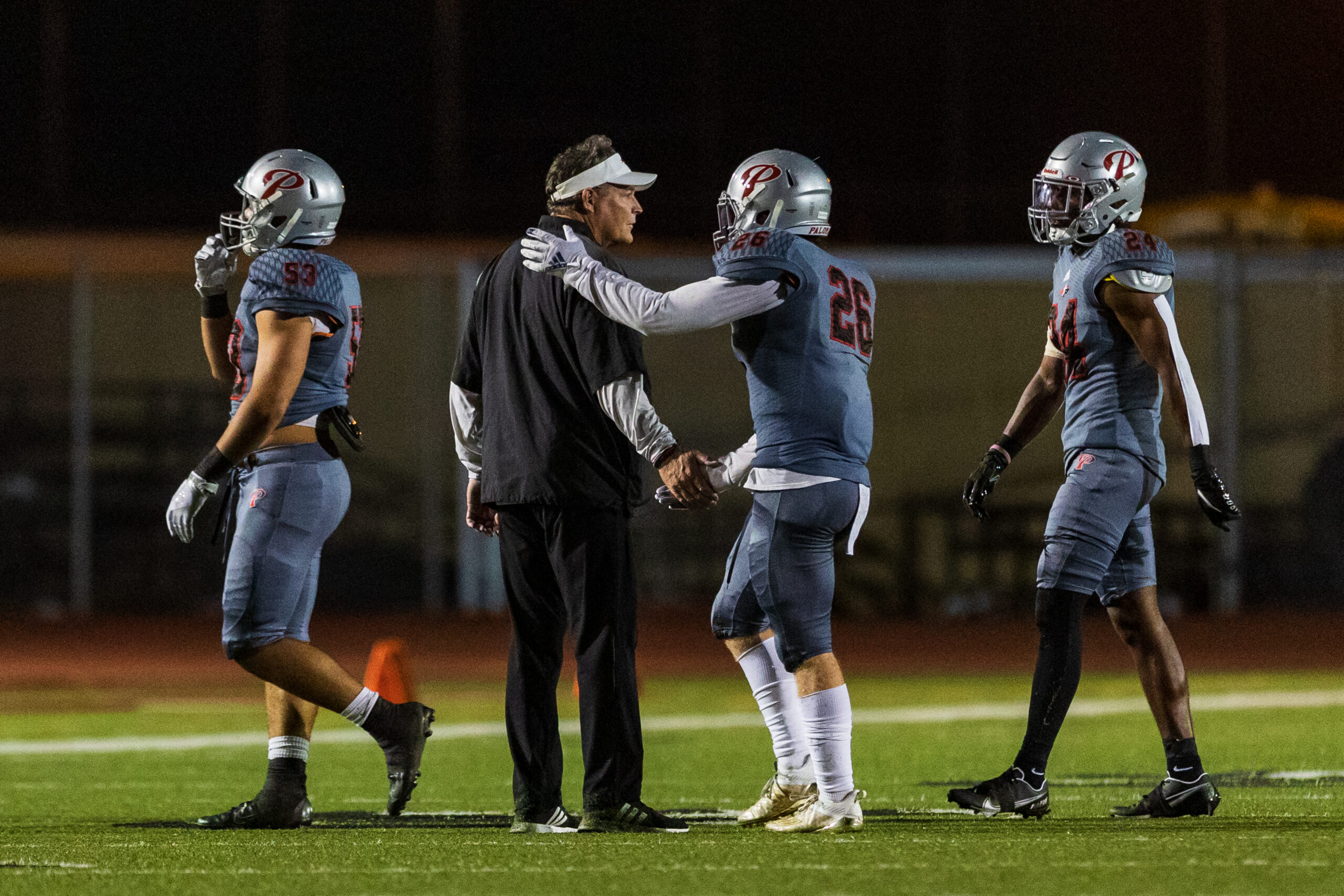 Published October 11, 2021 by Trina McLeary
Palomar Comet football players have returned to the field for their first season in a year and hit a milestone victory for head coach Joe Early.

On September 18, 2021, the Palomar Comets went up against Southwestern College’s Jaguars for their third game of the fall season, taking a 26-7 victory. The victory marks the 100th career win for coach Joe Early, who has been coaching the Palomar College football team for nearly 20 years.

Early mentioned in a Palomar News article that many of the team’s members have not played in over a year and a half due to the pandemic, and over 95 percent of them are freshmen. However, they made a bold comeback with the season’s first win in their pockets.

According to the article, there is a mission beyond winning games, which is to develop players’ skills and character so they can advance into prestigious college football programs. “The real win is to help those 20 to 30 students each year who move on from our program and continue their academic and athletic pursuits,” says Daniel Lynds, Palomar’s Athletic Director.

Reaching a 100-win milestone wasn’t Early’s first big break with Palomar. He was a student-athlete at Palomar, and in 1979 he broke a record with a 98-ft return kickoff, the third-longest one in Palomar history.

As a high school student, he “made enough of an impact to be selected as the 61st best prep football player in the first 109 years of North County football in a 2007 poll of North County Times readers,” according to his bio.

After attending Palomar, Early was awarded a football scholarship to Long Beach State. He later received his Bachelor’s from San Diego State and his Masters from Azusa Pacific University. He currently teaches health and kinesiology full-time at Palomar alongside coaching the football team.

Published in Featured and Sports