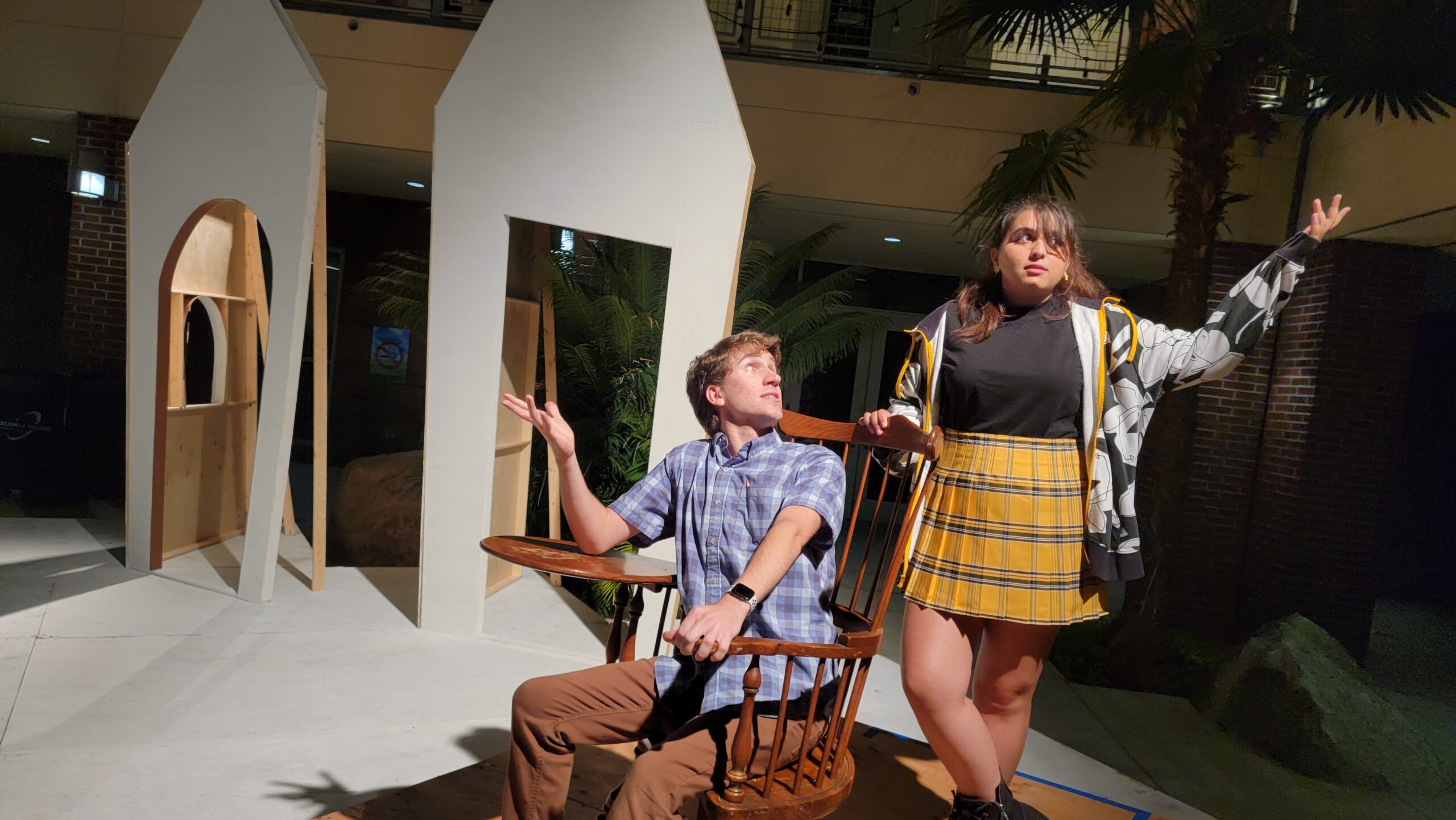 Performing in a Pandemic

For the last year, the world has been adapting to working and living during a pandemic. And for the last six months, the world has started opening again and a sense of normalcy has begun to return, including in-person performances.

The Palomar Theatre Ensemble will be performing the theatrical play “Fools” which is written by Neil Simon and directed by Michael Mufson.

Actress Tara Farrokhi gave insight on rehearsal and production while still socially distancing. “I’m also grateful now that we are back on stage and interacting with our partners. We are still trying to socially distant ourselves from each other so it’s safe for everyone.” Farrokhi said in an email. “It’s definitely become harder than the normal on stage plays from before the pandemic, since we can’t do a lot of the physical actions, but we’re doing the best we can to make it as playful and realistic as possible to provide an entertaining show for audience once again!”

Farrokhi is in her fourth year at Palomar and is playing the role of Sophia Zubritsky in the play, “I love my character and I think there are some characteristics that I do have in common with her, so it’s fun to explore playing her role”

“Fools” tells the story of a cursed village and Leon Tolchinsky who has only 24 hours to break the curse by teaching Sophia Zubrisky anything before falling to the curse himself.

Farrokhi has worked with Director Mufson in the past on the production of “Too Much Memory” which was performed through Zoom.

“It was difficult to adapt to, especially the Zoom plays, since the space was limited and we were looking at laptop screens and walls instead of other actors, but personally, I feel like I’ve learnt a lot from the zoom plays as well” said Farrokhi.

Farrokhi is majoring in theatre arts and wants to perform on camera and acting through Zoom taught her a lot about using emotions and expressions on camera, which is different from performing on stage.

“Acting in a role of character is like seeing the world through someone else’s eyes. It lets you discover things and learn things. I like to be able to learn other people’s point of view because I believe it helps me become more open minded toward different scenarios and obstacles; obstacles that I would probably not even notice if I just did things my way” said Farrokhi.

Social distancing during rehearsal has created new challenges for the actors, but it has also helped Farrokhi learn how to emote in new ways, “Because of social distancing, our job as actors is to convey much of the physical actions that we can’t do (like holding hands or hugging) through gestures and that requires lots of energy and solid emotions, at least for me, and so every day, we’re discovering new ways to convey these physical actions, which is both challenging and really fun.”

“Fools” first performance is Oct. 7 and runs through Oct. 10 in the PAC Courtyard and tickets are still available.