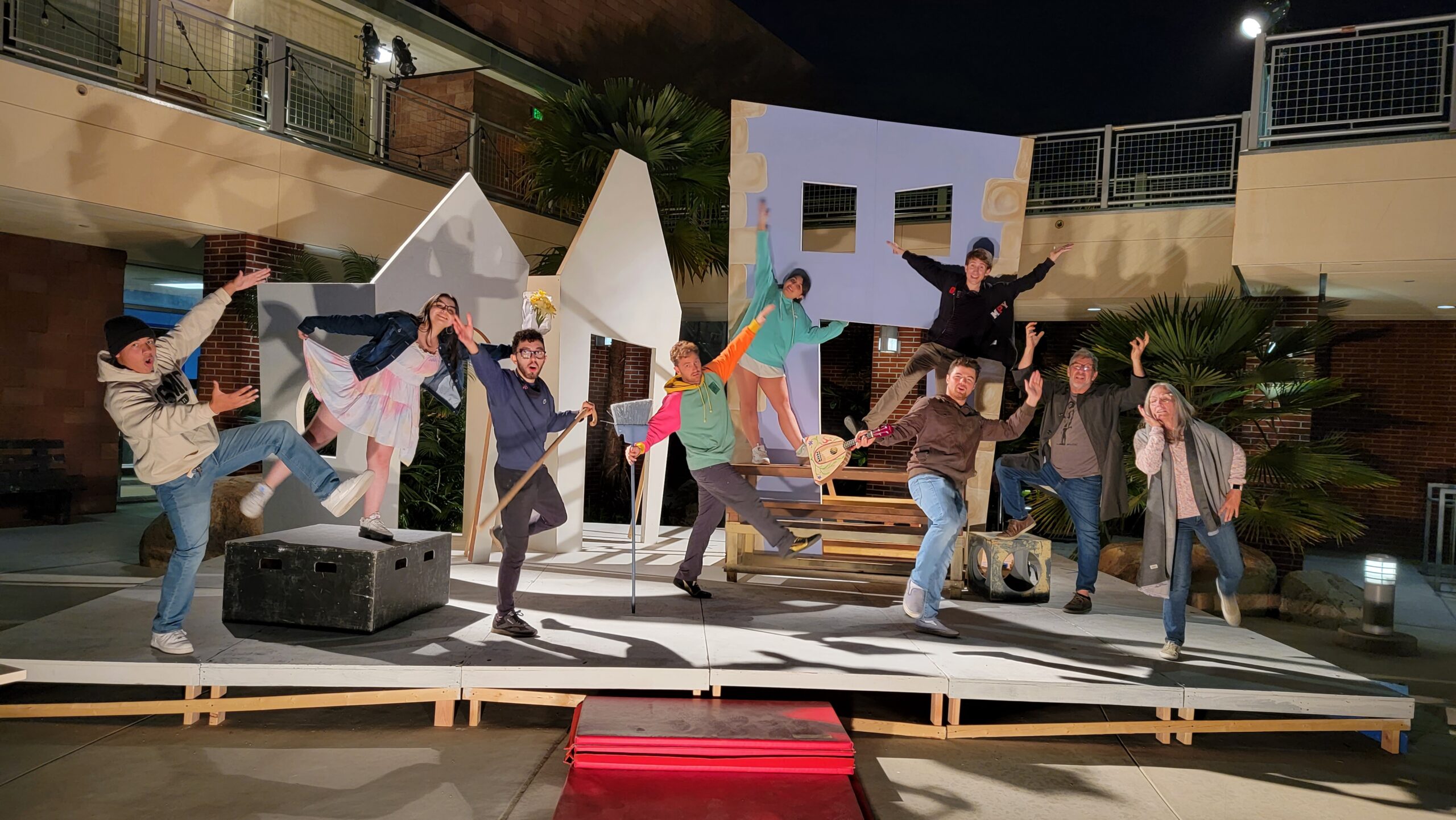 SAN MARCOS-This fall’s performance of “Fools” will mark Palomar’s first live theatrical event since the beginning of the pandemic. The show will run from Oct. 7-10 at 7 p.m.

Director, Michael Mufson, spoke to the Telescope about the challenges of producing a play in the age of COVID-19 and what audiences can expect in terms of safety measures during the performance.

“Fools” is a comic fable that tells the story of a young schoolteacher who arrives in a town cursed by stupidity. Mufson chose this production as a break from the grim realities of the past year and a half.

Mufson said his choice to direct a comedy was a bit out of character (pun intended).

“Most of my production choices lean towards political theater, social justice, orientation in theatre; often experimental in form and very, very challenging. And so I challenged myself to go against my habitual choices in those directions… to do something that would really just be fun… but still that would remind us of our human connection and how good it is to be connected with each other,” explained Mufson over the phone.

Mufson pushing himself out of his comfort zone also reflects the attitudes of the whole cast and crew who were thrust into a world of virtual set design and volatile internet speed.

Just as they were resuming in-person rehearsals, one of the actors’ sisters tested positive for COVID-19. The troop moved back online for another two weeks and opening night was postponed from Sept. 30 to Oct. 7.

Drew Titus, who plays the the protagonist, Leon Tolchinsky, recalled what it was like rising to the challenge of online theatre.

“Our Zoom rehearsals were tedious when it came to tech issues… Being in such innovative groups of people through Zoom, really does illuminate the willpower of those who can and choose to take the compromise,” said Titus via email.

Zoom theatre, an oxymoron in its own right, forced the ensemble to adapt their rehearsals in a way that would preserve the flow of a live performance.

Set design shifted to virtual backgrounds, stitched together to create the illusion of a continuous space. Meanwhile, actors taped targets to their walls to look and make it appear as if they were looking at each other through Zoom. Nevertheless, there’s no replacement for the real thing.

According to Titus, “A crucial part of defining theatre would be the ‘gathering’. As we are all aware, gathering since 2020 has led to super-spreading. And now, as we are safely and cautiously returning to in person, the shared space will revive people’s love for not only theatre, but togetherness.”

The crew has since been able to resume live rehearsals and is proceeding with the utmost caution; with actors wearing masks and observing social distancing at all times.

In his own words, Mufson feels that responsibility to the community is a part of the theatre, thus he’s made the decision to have the performance outdoors. The courtyard, however, is not equipped with the technology to stream the production, so all showings will be in person.

Masks will be required to be worn by all attendees and distinct groups will be separate from one another. Since the announcement of Palomar’s vaccine mandate, Mufson says the department will be discussing a requirement for audience members to be vaccinated. However, the logistics remain uncertain.

“In the meantime,” chuckled Mufson, “I guess they’ll have to cover their mouths when they’re laughing.”