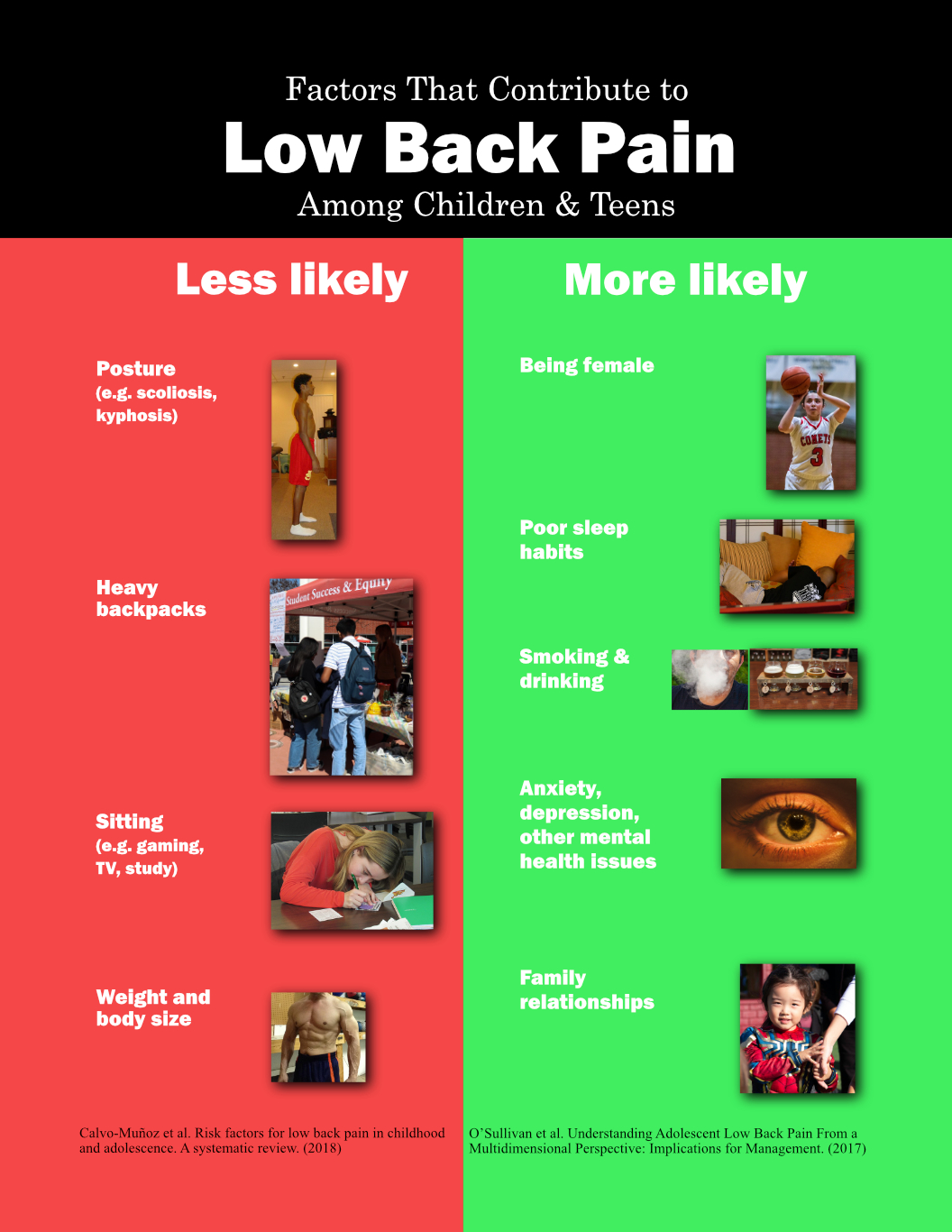 What Causes Chronic Pain at a Young Age?

Parents and clinicians tend to undermine chronic pain among children and teenagers. Despite that there are about five to 88 percent of children who experience some type of chronic pain, they believe that young people are less likely than adults to experience it because their body parts are “young” and thus, feel less pain than adults.

A 2020 study of more than 14,700 people found that risk factors of chronic pain development in children and teens that are more likely to develop long-term social problems in their early twenties than those without chronic pain.

Researchers from the Seattle Children’s Research Institute examined data from 132 middle and high schools in the 1994-1995 school year that followed this population into their twenties over a 12-year period.

They found that young adults who had chronic pain early in life had:

They emphasized that children and teens need to have supportive chronic pain care to minimize the risk of having negative social and economic impacts later in life.

It Doesn’t Have to Hurt, by Dr. Christine Chambers, explaining babies and children also experience pain like adults.

Do Posture and Heavy Backpacks Affect Back Pain?

Many people believe that posture is the blame for kids having low back pain, but research about posture and back pain found weak to no relationship between them.

In 2017, a team of Spanish researchers reviewed 61 studies on low back pain among children and teens. The studies showed that posture (e.g. scoliosis, kyphosis) and heavy backpacks are not reliable predictors of low back pain.

Since there were so many inconsistencies in how the studies were done, the researchers could not find a clear consensus on preventative strategies.

However, they were able to weed out which were unreliable, such as posture, the number of hours sitting, body mass index and backpacks.

However, in 2017, a group of Australian pain researchers pointed out several strong factors that affect young people’s chronic pain:

They came up with several things that clinicians should and should not say to their young patients.

For example, instead of saying: “Low back pain means something is seriously wrong, damaged, or out of place,” they suggest that you say, “Low back pain is rarely associated with serious pathology or structural damage. It is influenced by many things, like your activity levels, sleep patterns, mood, worries, and how long you spend in one posture.”

This doesn’t mean that biological factors, like the spine, are irrelevant. They still contribute to pain, but the evidence says that they are not as “big” as many clinicians and parents think.