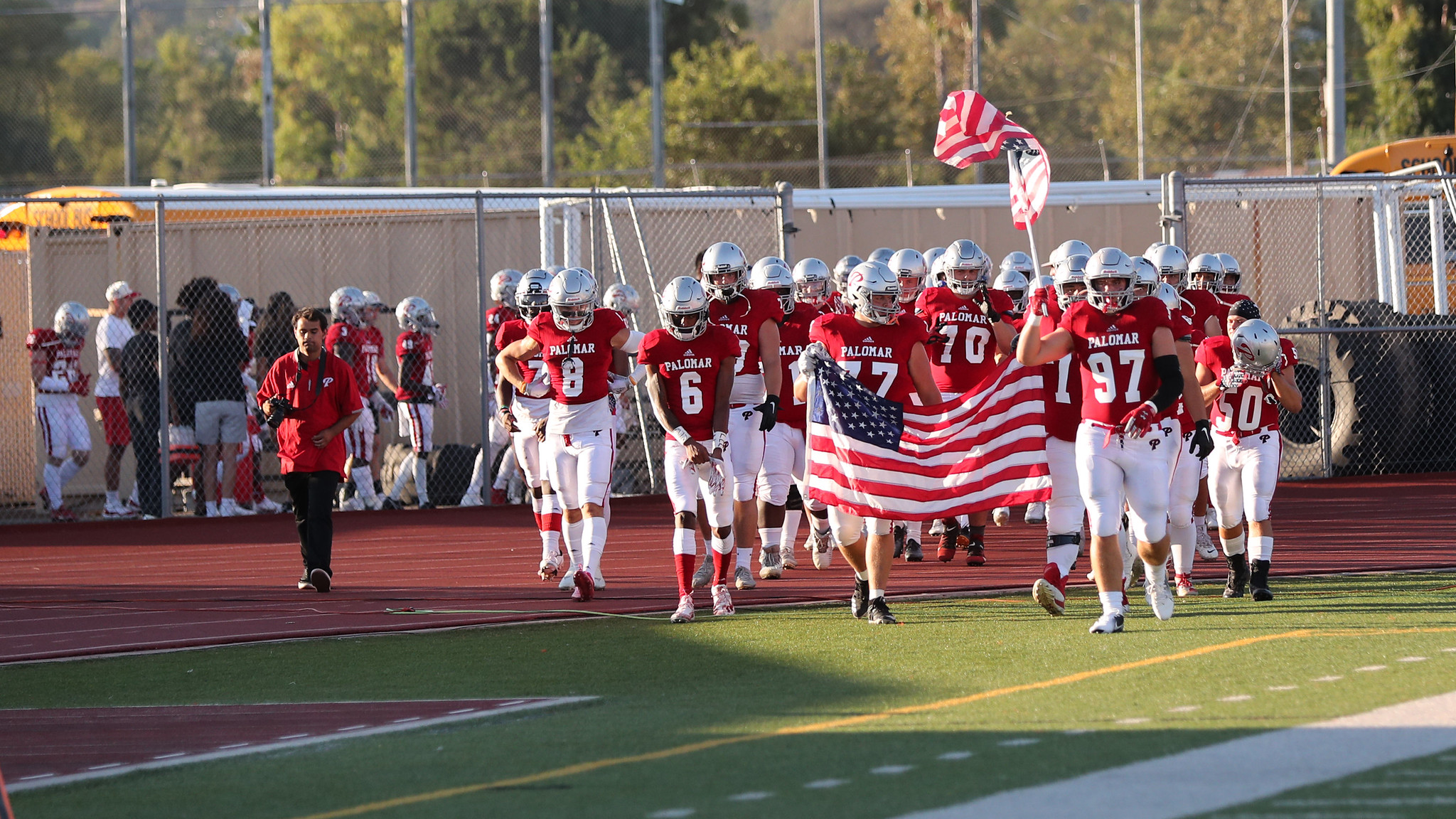 Comets Football is Back in Action

It has been over a year since COVID-19 forced all group activities to shut down. Since 2019 all Palomar football athletes and coaches have not practiced and played in order to keep everyone safe from catching COVID-19.

Five weeks ago, Palomar athletes were allowed to get back into action with some restrictions, like keeping a social distance and wearing a mask in order to avoid any contact.

“They’re [football team] doing the movements, developing some explosive, quick-twitch muscles that will help them strengthen in their joints, ligaments, tendons, developing a good overall form with all the techniques they are using,” said Palomar Athletic Director Daniel Lynds over a phone call.

“Four approach phases to get back into action,” said Lynds.

The newest member to the Comets coaching staff, Defensive Coordinator Scott Catlin said over email, “When I found out football would resume I was very excited to get started and finally meet the staff, players and potential recruits in person rather than virtually.”

Catlin joined the team during the pandemic and for the first time, he met the team and the rest of the coaching staff in person once they were given permission to return to practice.

“Now that we are on the field we are building relationships, helping everyone learn the system and preparing the team for the grind of the much anticipated upcoming season,” Catlin said.

Before the team had any in-person practice they would spend time in meetings learning the playbook and getting to know one another.

The majority of sporting events that have been happening have had limited fan attendance.

Lynds said, “we are working very hard to get our streaming online, so the weekend streaming games, for the people who can’t be there in person… we would very, very much like to have fans at all of our games.”

Message to the Fans

“We’re gonna play an exciting brand of football, we’re gonna score a bunch of points, we’re gonna have a lot of pressure on the defense. It’s gonna be really enjoyable for our fans to watch,” Lynds said.

“I truly believe that fans are going to see a much improved, exciting and competitive team. We will certainly be giving maximum effort from the opening kick-off through the final play,” Catlin said.

There is no final roster yet as the team just finished its spring training camp and the 2021 Fall Schedule will be released later in the summer.

The Telescope reached out to Comets Head Coach Joe Early, but got no response.