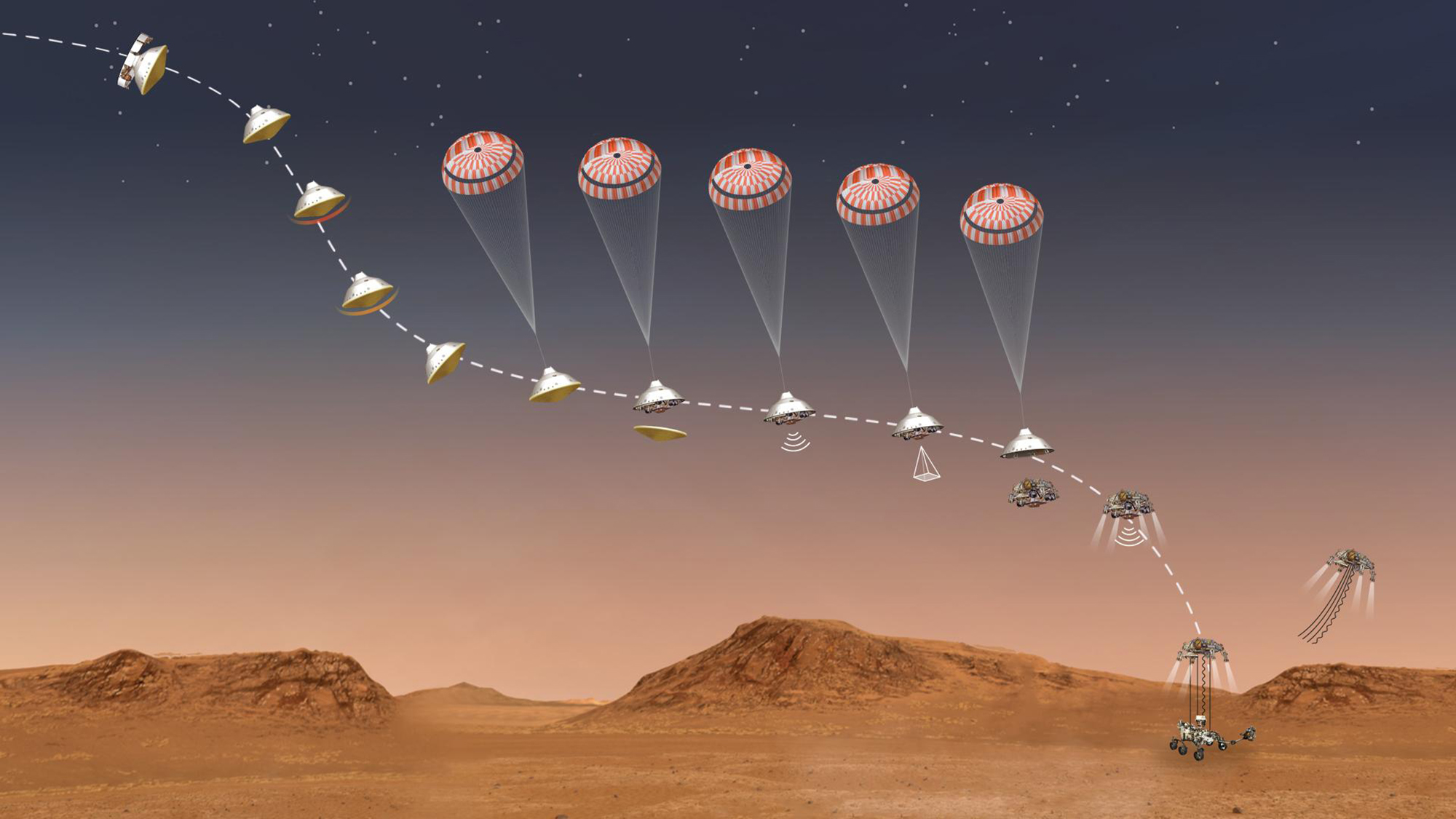 A Successful Landing on Mars

PASADENA – A team of NASA engineers and scientists celebrated the successful landing of the Mars rover Perseverance on Mars on Feb. 18.

The rover landed at about 12:55 p.m. PT in a crater where it is believed that water used to exist. The rover is equipped with cameras and microphones that almost immediately began sending data back to NASA.

“The data from the Perseverance rover will tell us about Mars, how it was in the past and how it has changed over time,” said Professor Scott Kardel, Associate Professor of Astronomy and Assistant Planetarium Director at Palomar College. “The landing site is at what appears to be an ancient river delta which should provide the team with not only a wide-variety of rocks to study, but important clues to what this river environment was like.”

The data received will be important to learning about the history of the planet and any possible life that may have existed.

“Ultimately it is hoped that the rover will tell us if Mars was ever inhabited by some form of life. The scientists will seek out sedimentary rocks in particular as they give the best information about past environments,” said Kardel. “Some of these samples will be collected and cached for later retrieval by a mission to be built by the European Space Agency which, if successful, will ultimately return some samples to Earth for further study.”

Regarding the impact of the data provided, Douglas Lenard, Associate Professor of Astronomy at SDSU, said, “The main *science* that I’m looking forward to is what is discovered about the possibilities for past life on Mars, and the tests that will be carried out to pave the way for possible human exploration of the planet (for instance, is enough oxygen available?).”

The search for evidence of past or present life is exciting, and can lead to our future exploration of the planet.

“And, if Perseverance actually discovers unequivocal signatures of past life on the planet? That would be a game changer,” Lenard added.

Along with cameras and microphones to capture sights and sounds of the planet, it will also track the planet’s geology and its climate to help understand the environment for possible human exploration in the future. The rover is also collecting rocks and samples from the planet and storing them. NASA, in a joint-effort with the European Space Agency, is planning a trip with a spacecraft that will travel to Mars in the future to collect the samples and return them to Earth for study.

Palomar students who are studying Astronomy will eventually see the new Mars findings in their classes as well.

“We have two courses at Palomar College that will be impacted by studies of Mars. Students in our ‘Planets, Moons and Comets’ and ‘Life in the Universe’ courses spend time learning about the Red Planet and how it is both similar and different from Earth,” Kardel said.

“New knowledge from the rover and other missions to Mars is forcing me to revise my presentations, but I am happy to do so and give our students the latest findings.”