Why Students are Choosing Palomar College Amidst the COVID-19 Pandemic

Even before the changes the coronavirus had brought, deciding the future of your education was one of the most stressful things you could do. Now, when the majority of students have been online for almost a year and unable to explore their options like before, what makes Palomar College stand out to incoming students?

For Guajome Park Academy senior, Gabriela Gomez Vega, it was a matter of finding somewhere she could comfortably explore what she wants to major in, without having to worry about the high price tag that can come with a four-year university.

“My goal is to decide on a major by the time I leave Palomar,” she said. “I want to attend for two years and then transfer to a UC or CSU.”

While she is interested in a biology related field, she has not narrowed it down yet. Vega hopes that attending Palomar would allow her to save money while still getting a quality education.

Similar reasons are echoed by Sunny Urquhart, a second-year student at Sonoma State University who is looking to transfer to Palomar in the near future. Like many others, Urquhart was put in a difficult position due to the pandemic. “I chose to leave Sonoma State at this time because they were charging pretty much full tuition for an online experience,” she said. 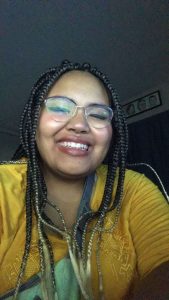 Urquhart also plans to transfer because she recently declared a double major. She is now pursuing both a History and English major. During her time at Palomar she hopes to supplement the history major, as well as take some classes for personal enrichment.

The low cost of Palomar stands out to incoming students because it gives them the financial flexibility to explore classes outside of their majors. This is appealing to students like Vega, who may not be sure on their major yet. Then to students like Urquhart, who are looking to gain personal enrichment from classes that teach foreign languages and life skills.

Familiarity was a big factor in their decisions as well. Palomar College enrolls approximately 30,000 full-time and part-time students and has several locations. This means that incoming students are likely to be familiar with the college. Both Vega and Urquhart live near a Palomar campus and know people who have attended the college before them.

This is especially important for first generation students like Vega. She first heard about Palomar through upperclassmen who planned to go there or were already attending.

“I’m the first in my family to go to continue my education after high school, so I relied a lot on friends who already knew what they were doing,” Vega said.

Although it may be different because of the pandemic, both students showed genuine excitement about transferring to Palomar and continuing their education.

“You can’t grow without being uncomfortable,” Urquhart said.

Published in Blogs and News Blog