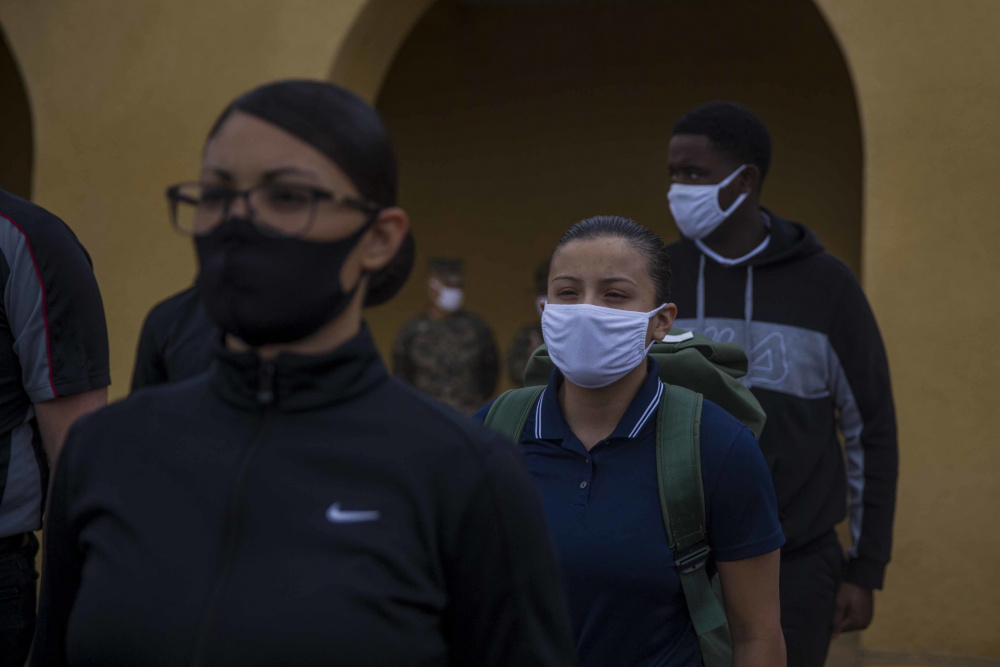 Female Marines Train in San Diego for the First Time

Earlier this month, the U.S. Marines made headway by beginning to integrate women into the San Diego based recruit depot. According to NBC7 San Diego, 59 female recruits began training alongside 300 male recruits at what had once been a male-only facility.

Capt. Martin Harris is the Director of Communication Strategy and Operations for Marine Corps Depot San Diego and Western Recruiting Region. Although he does not have direct day-to-day contact with the integration program, he did play a major role in the planning process.

In a phone interview, Capt. Harris expressed a lot of pride in being a part of the integration process saying, “Personally, this is an incredibly rewarding experience to be part of.” Not only is he prideful of this next step, but he says that the entire installation seems to share his same feelings.

The female Marines were placed in a platoon in Lima Company which also holds five other male platoons. Prior to this, female recruits traveled to South Carolina where they trained at the Marine Corps Recruit Depot, Parris Island.

In 2019, Congress passed the 2020 National Defense Authorization Act (NDAA). This requires the Marine Corps to desegregate training down to the platoon level. Parris Island is required to be fully combined by 2025, where as San Diego must be combined by 2028.

To Capt. Harris, it’s about more than the NDAA. He provided a simple yet clear answer when asked why the Marines are taking part in this process: “We want to create better Marines.” They are hoping that by integrating at the boot camp level, there will be a decrease in gender bias as well as enhance unit cohesion. Capt. Harris said that they believe problem solving and critical thinking are where the Marine Corps have the opportunity to make the most progress within gender integration.

Although the types of exercises remain identical to before, recruits now will have the opportunity to participate in co-ed group activities that are specifically designed to tackle teamwork as well as problem solving. In addition, all hand-to-hand combat training will continue in the same way it did prior, but due to COVID-19, only within the individual platoons.

Capt. Harris also included that the effects of this integration reach further than just the recruits. With females going through boot camp at both recruit depots, it will allow for more women to be drill instructors and spend a longer time in the Marine Corps. 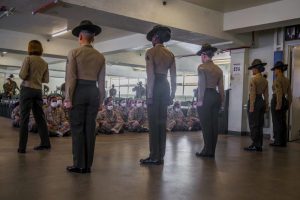 On top of all this, the common theme from Capt. Harris was opportunity. He touched on how this process will allow for more diversity, saying, “… it gives our service flexibility and further opportunities to grow the amount of female Marines that we bring in to the Marine Corps.”

Published in Blogs and News Blog