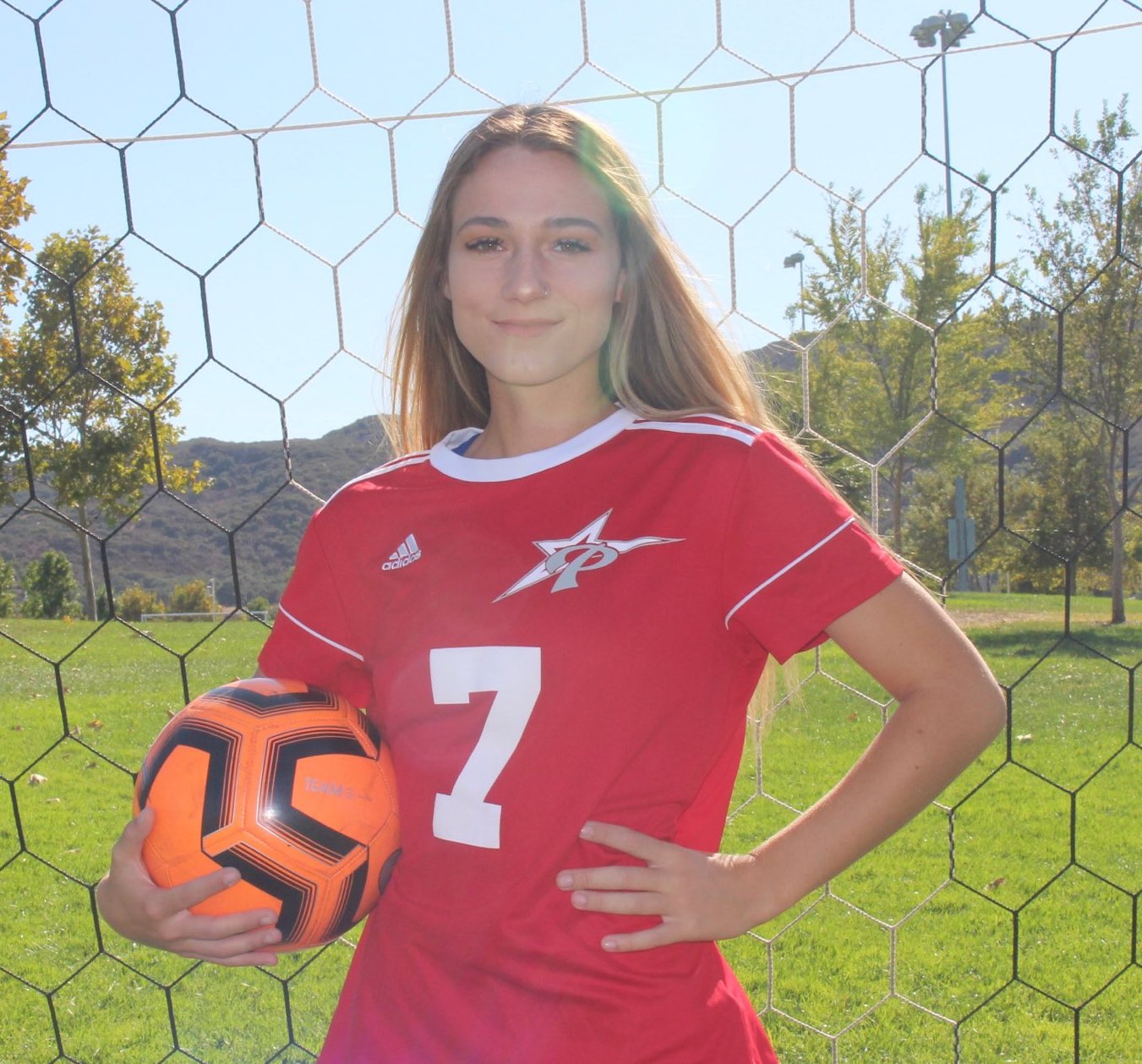 Comet Soccer Player Driven to Perform During her Last Season

Alyssa Jackson is one of the few returning women’s soccer players at Palomar College this next season, which could be her last season with the Comets.

However, Jackson is determined to have a comeback after a tragic incident last year, cutting her season short. She tore her right ACL, forcing her to hang her cleats up last season and put the game she loves on hold.

She added, “I can implement both feet when it comes to shooting the ball now no matter which side of the field I’m on, which I think gives me an edge and surprise factor.”

Now she’s back with a fiery determination to have a successful season at Palomar and what could potentially be her last as a Comet.

At 5-foot-2, Jackson is quick with proficient ball-handling skills, a shot that packs a punch.

She sports the number seven jersey, which is most widely known to be the number of none other than Cristiano Ronaldo. Ironically, her favorite player to watch is none other than the Argentinian legend Lionel Messi, who wears number 10 on the field.

Jackson hopes to get some of the other players she is familiar playing with to come back for one last season. Regardless of the outcome, she just wants to play more than anything. She is driven and ready to put all her hard work to the test.

She will not let her soccer journey end here, though. When she transfers to Cal State University of San Marcos this upcoming fall semester, she plans on trying out for the team as a walk-on.

Soccer is not Jackson’s only hobby. When she’s not practicing four times a week for two to three hours at a time, you can catch her relaxing, playing video games, or even at the gym. She is also hoping to take part in the nursing program at Cal State University of San Marcos.

The season for the women starts Monday, Jan. 4, 2021. You can get the full schedule for Palomar Women’s soccer on the Palomar Athletics homepage, or the homepage for the Pacific Coast Athletic Conference for a breakdown of the players’ statistics and overall matches.