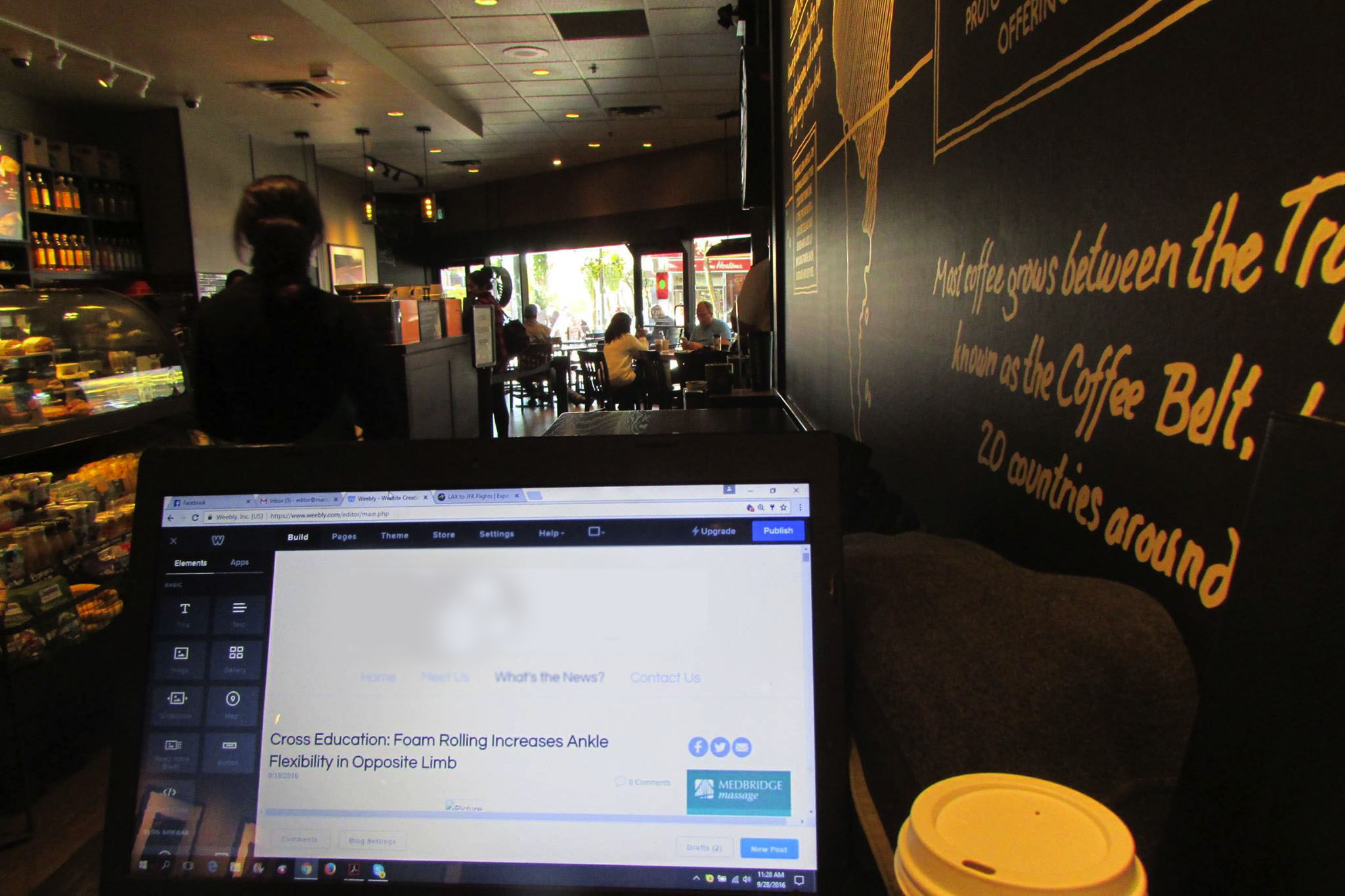 Starbucks: The Atmosphere, not the Food

Starbucks has been my go-to place to work remotely since 2010 when I was a fledgling content writer. The coffee is not the reason why I go and nor is the food. Most Starbucks provide the environment for me to concentrate and work, which is something Dunkin’ Donuts (aka Dunkin’) cannot provide.

The interior of Dunkin’ looks like most fast-food joints like McDonald’s and Taco Bell. With its glaring fluorescent lights that remind me of an Arco gas station, Dunkin’ is more like a place where you just eat, pee and go like at a truck stop. It is not a place to study or work remotely for a few hours. I would not even hang out with friends there.

Starbucks, however, often has a library-like ambiance: the wooden walls and tables, the warm glow of the lighting in the late afternoon, and earthly colors that contrasts the bright lights at Dunkin’.

While the shriek of the cappuccino maker and the bustle of people are nowhere near the morgue-like silence of a library, there is something about that sound level that helps me think and write better. I am sure why, but there is a bit of science behind this.

Researchers from the University of Illinois at Urbana-Champaign said that there is something going between creativity and noise. From a sample population of undergraduates from the University of British Columbia, they conducted five experiments that compared different levels of noise with cognitive performance, such as completing a consumer survey.

They found that noise at a level of 70 decibels, which is similar to coffee house ambiance or a television playing in the background, improved cognitive performance than noise level at 50 decibels, which is like the hum of a refrigerator in a kitchen. Anything higher than 70 decibels would be too distracting.

Besides the noise, Starbucks tend to have higher ceilings than Dunkin’, which may help boost creativity and focus. Research from the University of Minnesota found that spaces with higher ceilings promoted the idea of “freedom,” while lower-ceiling space promoted the idea of “confinement.” The researchers warned that there may also be other factors that influenced their outcome besides the ceiling height, such as room color and ambiance.

Perhaps the ultimate reason why I prefer Starbucks than Dunkin’ is the co-working environment. To be around with other people seem to ease isolation and loneliness, even if we do not interact with each other.

Some people who work remotely or study may find company among strangers, even if they are extreme introverts. Blogger ChaosIsGood mentioned that we are “social animals and we like being around other people even if we don’t directly communicate or socialize with them.”

The coffee and pastries at both Starbucks and Dunkin’ taste almost the same to me, and both places charge a reasonable price. However, since Starbucks offer an atmosphere to allow patrons to work remotely, study and hang out with friends, it has an edge that Dunkin’ does not offer well.