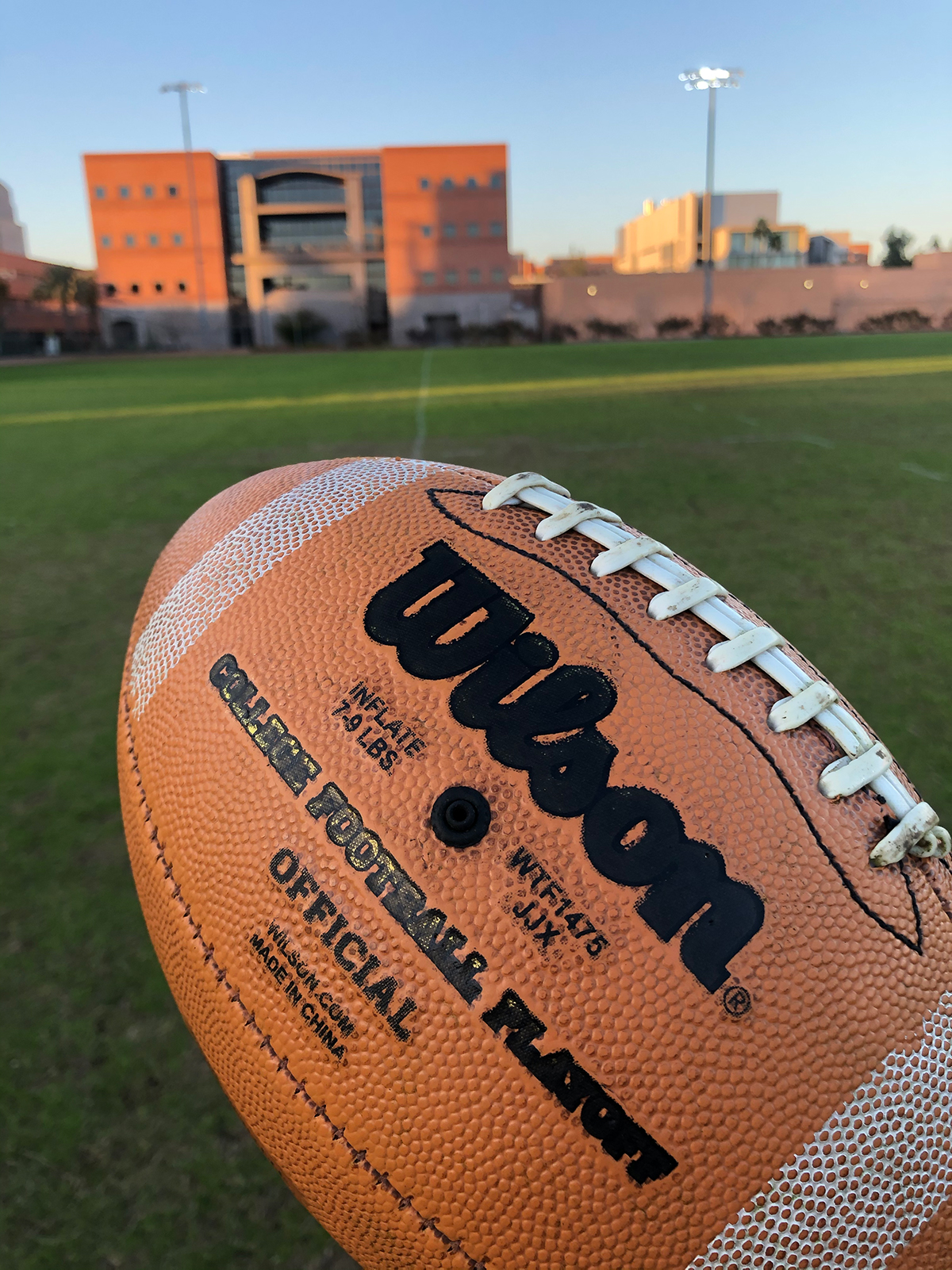 Published September 18, 2020 by Adam Correa
How Zach Monahan has been dealing with COVID-19 and its impact on his football training.

At 6-foot-1 and 200 pounds, Zach Monahan, 21, currently plays for the Comets at Palomar College. He was so honored to have somebody interview him over FaceTime call. Monahan said that he is so happy that somebody is recognizing his hard work and dedication to the Comets football program.

He plays a different variety of positions, such as the gunner, corner on punt, gunner on kickoff and receiver.

When COVID-19 hit San Diego County, it stopped the football spring camp, which was already two weeks in.

“Team was looking so much better than last year. Everybody’s motivation was at an all-time high,” Zach said when asked about the spring camp.

The online Zoom meetings help him to stay in contact with his teammates. The meetings would consist of going over the playbook and getting to know new terms for the first-year players. Most of the players take a class called Kine (Kinesiology) 170, which is a football class that meets every Tuesday, Wednesday and Thursday.

Monahan has been doing a lot of training in the gym and on the field. “I’m very proud of where I’ve come from since high school,” Monahan said. He has his “Athletic Days” on Mondays, Wednesdays and Fridays, which are the days that he is only in the gym.

He does squats, dead lifts, bench press and a ton of speed work on his “Athletic Days.” On Tuesdays and Thursdays, he trains on the field where he does a lot of conditioning, stretching and mobility work.

Monahan said he has found these workouts to be helpful because his knees are in great shape and he feels super springy. He pays for all of his training out of his own pocket, which shows he is truly invested in pursuing football.

When asked if anybody tested positive for COVID-19 within the football team he said, that there is not a single person who has tested positive for the illness on the team, but there were a couple of “scares early on.” Everybody has been staying safe and healthy.

The football season, which usually happens in the fall, has been pushed back to the spring of 2021. “We should be hitting the field in October,” Monahan said. He thinks they will not be doing padded practice. Instead, they will be doing “shells,” which are helmets, shoulder pads and athletic shorts. He said he would not be surprised if practice is postponed until after November if the pandemic is still happening in San Diego.

“At first I felt it was really hard to keep a positive mindset and a growth mindset,” Monahan said when asked about his life under quarantine. It was hard for the team because they were looking strong like a championship team.

When it all kind of stopped, it felt like the wind at our back wasn’t there anymore,” Monahan said. He felt like there was not any motivation to train anymore because nothing was pushing them.

The first week of quarantine was hard for him, but he knew he needed to train. “If I’m not working, my competition is going to outwork me,” Monahan said. He has wanted to get to the next level and did not want to sit around and feel sorry for everyone, so he got right back to work.

“If you speak negatively, only negative will happen to you but if you constantly tell yourself you can, it will,” Monahan said.