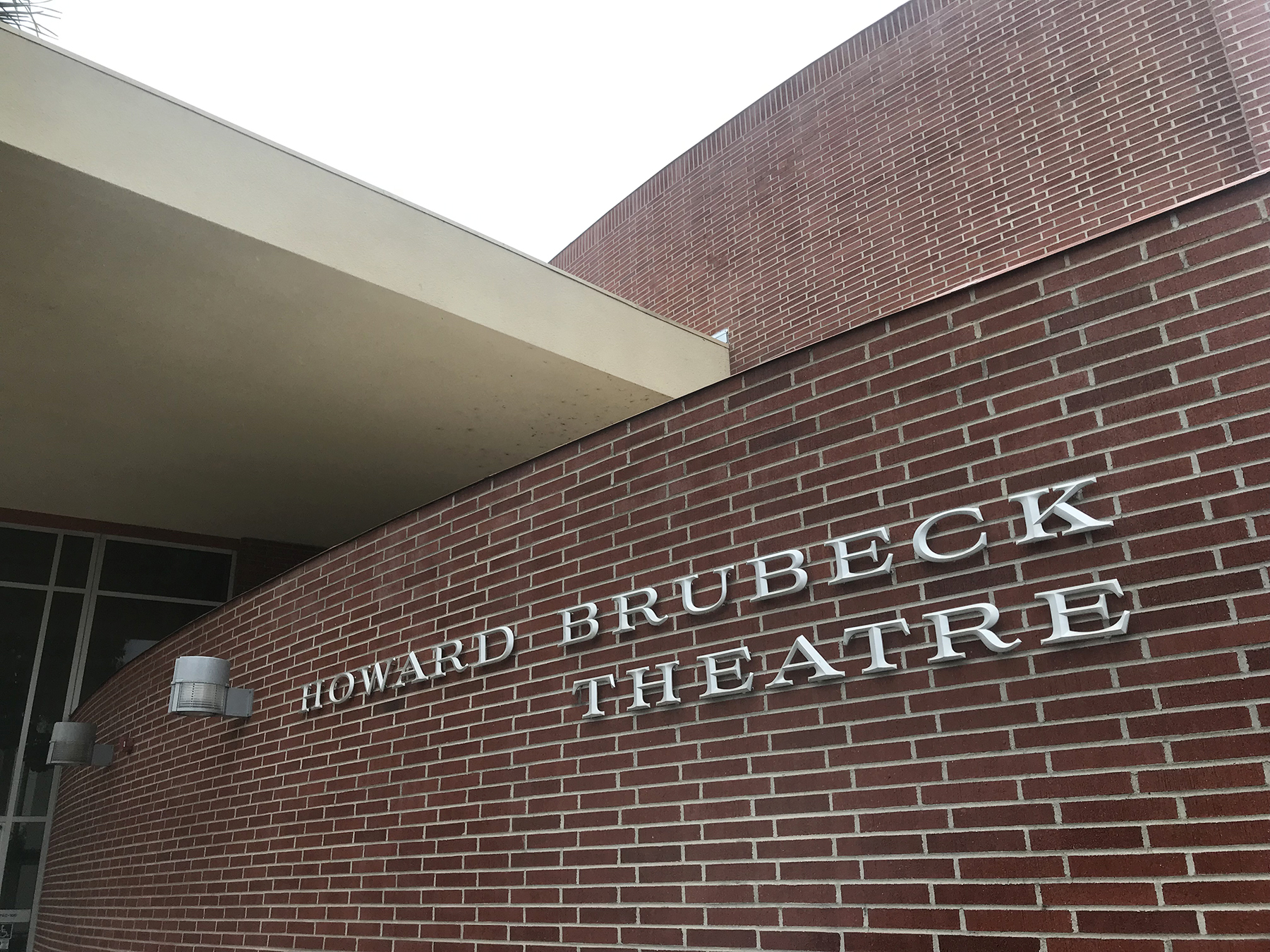 ‘Mamma Mia’, an exuberantly bright musical story told by the hits of ABBA, has arrived back at the Brubeck theatre.

Luis Flores Torres plays the principal role of the best friend of the groom, has never been in a production before and is putting in his best efforts excited to see the outcome.

“The intense prep work for this musical since November auditions to opening will be well worth the payoff and it will show,” Torres said. “It’s a bright exuberant wedding spectacle that’s been surreal for my first ever acting theatre experience.”

Auditions were held in Nov while rehearsals began in Jan. Since then sets have been in construction to transform the regular theater to a blue bright Greek island. Rehearsals range from singing the number to choreography to running the blocking for dialogue.

Lori Tinkle, who portrays Donna the mother who had three possible fathers for her daughter, says that rehearsals have been intense. Everyone is coming together to help make the show go on.

“We cover so much and improve so much in a night! Every night we perform better than the night before, we drop fewer lines, correct our dance steps and improve our acting.” Tinkle said via text. “It is a privilege to be part of this talented cast.”

‘Mamma Mia!’ has been loved ever since its Broadway debut in 1999, followed by the movie in 2008. The theatre always puts their own spin on it. There are changes and numbers in the musical stage production that isn’t in the movie.

Emma Tarr, who plays Sophie the bride to be, says she tries not to rely mostly on the scenes from the movie to put her own spin on the character.

“I try not to watch the scenes often so I can portray her in my own way. I do my research about her to figure her out.” Tarr said at rehearsal. “She’s a small girl looking for answers.”

Tinkle also had character development during the rehearsal process.

“I feel I have come to know her better in the past two weeks. I understand her history now, her relation to the other characters, and her emotional journey during the time of the play.” Tinkle said.

More than what meets the eye goes into a production besides just the singing, dancing and acting. There’s setting the scene which means that need things need to be built. There are mics and lights and some behind the scenes that happen later in the production.

‘Mamma Mia’ is told through the music of ABBA and has become a worldwide sensation that has audiences all over dancing. There’s a busy mother, a curios daughter and three possible dads. With a trip down the aisle that you won’t want to miss!

“Mama Mia” will run from March 7 through March 15 in the Howard Brubeck Theatre at the San Marcos Campus. For more Information, ticket prices and show times, visit the Palomar Performing Arts website or call 760-214-9109.