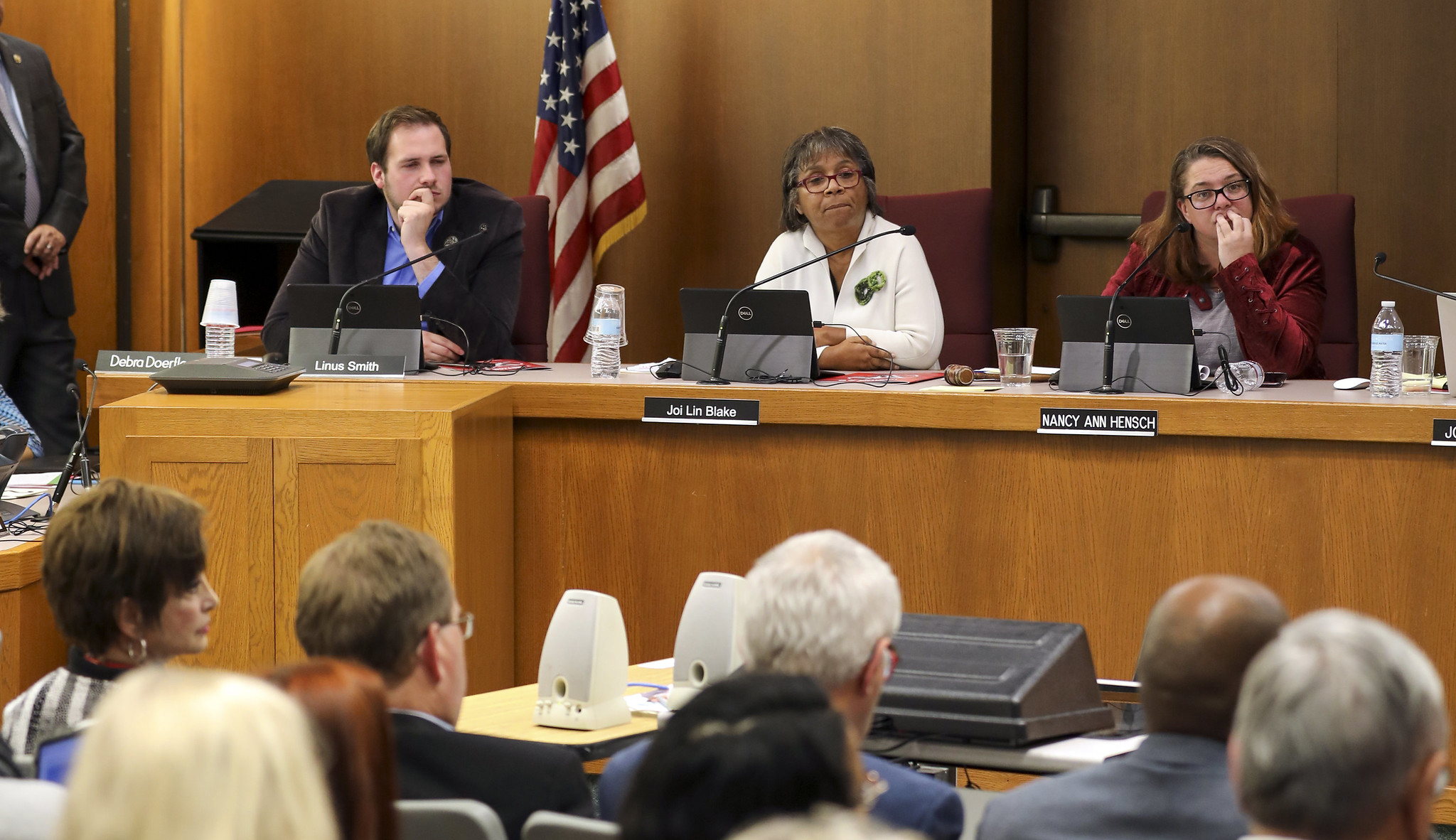 President Joi Lin Blake was placed on paid administrative leave pending an investigation, according to an official statement from Palomar College.

The decision was made after governing board trustees voted 3-2 at the Dec. 17 board meeting.

Jack Kahn, Palomar College’s vice president of instruction, was appointed the same night to step in as acting Superintendent/President.

“It is my request that we all respect the privacy of all parties at this time.” Kahn wrote in an email. “Doing so will allow us to focus on the important work of the District. Together, we will remain focused on student success, our response to the FCMAT report and building toward a successful spring semester.”

After voting that they had no confidence in Blake’s leadership, Faculty Senate members called for Blake’s removal in a resolution presented to board trustees at the Nov. 12 meeting.

The resolution contained the request for Blake’s removal and claimed that during her leadership, she had failed to “maintain a fiscally responsible budget; consistently follow shared governance policies; work collaboratively on faculty hiring processes; as well as retain talented and diverse administrators.”

Anel Gonzalez, president of the classified employee union, responded to the decision to place Blake on paid leave, saying that she did not expect the change to happen “as soon as [it] did.”

“We are hopeful that Palomar can remedy its problems,” Gonzalez wrote in an email. “Dr. Blake left a big mess to clean up.”

Gonzalez wrote further, discussing Palomar’s current fiscal crisis and responding to Blake’s comments regarding Palomar’s spending habits on the salaries and benefits of faculty and classified employees being high.

Blake suggested that the District would have to decrease these costs to work towards fiscal stability.

“The message that Dr. Blake gave the chancellor’s office is that our budget problems come from the salaries and benefits paid to the working people at Palomar,” Gonzalez wrote. “However, it was the opening two centers at once and hiring faculty that we did not have the money for only made our deficit spending worse.”

Teresa Laughlin, co-president of the faculty union, had a similar response, saying that the opening of the Rancho Bernardo and Fallbrook satellite campuses at the same time increased deficit spending.

“I hope that there’s going to be more transparency [and] that we are going to look at our problems in a more holistic sort of way rather than compartmentalizing,” Laughlin said. “There’s a whole lot of problems associated with our fiscal mismanagement.”

Trustee Mark Evilsizer wrote in an email that the board’s top priority for this semester will be to balance the college’s budget.

“Our deficit for this year is projected at $-11.7M,” Evilsizer wrote. “It will require everyone to provide input and make recommendations for cost reductions and revenue opportunities. Undoubtedly, difficult decisions will be required to mitigate this amount of deficit.”

Evilsizer noted he is not able to comment on Blake’s placement on paid leave, given that it regards personnel matters.

Laughlin hopes that the decision to place Blake on paid leave will lead to more transparency between the administration and faculty in the future.

In regards to working towards transparency, Evilsizer suggested that the District utilize an “open books” approach when discussing the budget crisis.

“By sharing the budget with all groups to identify what budget is in each account, where cost overruns are occurring, and what opportunities exist for cutting expenses and growing revenues, the District can objectively use data and suggestions from all constituent groups to form the decisions necessary to balance the budget,” Evilsizer wrote.

Gonzalez also made some suggestions on how the District can work to be more transparent.

“First, we need to figure out how much we are really in the whole in a transparent manner,” Gonzalez wrote. “The District needs to make hard decisions, such as prioritizing the projects that have been set forth and properly funding our obligations.”

“Palomar College has a long history of helping our students achieve their goals,” Evilsizer concluded in his email. “The District also has strong long-standing relationships with our K-12 districts, employers, supporters and the voters in the communities that we serve. I am confident these relationships and the legacy built over the last 74 years will continue to serve students well into the future.”