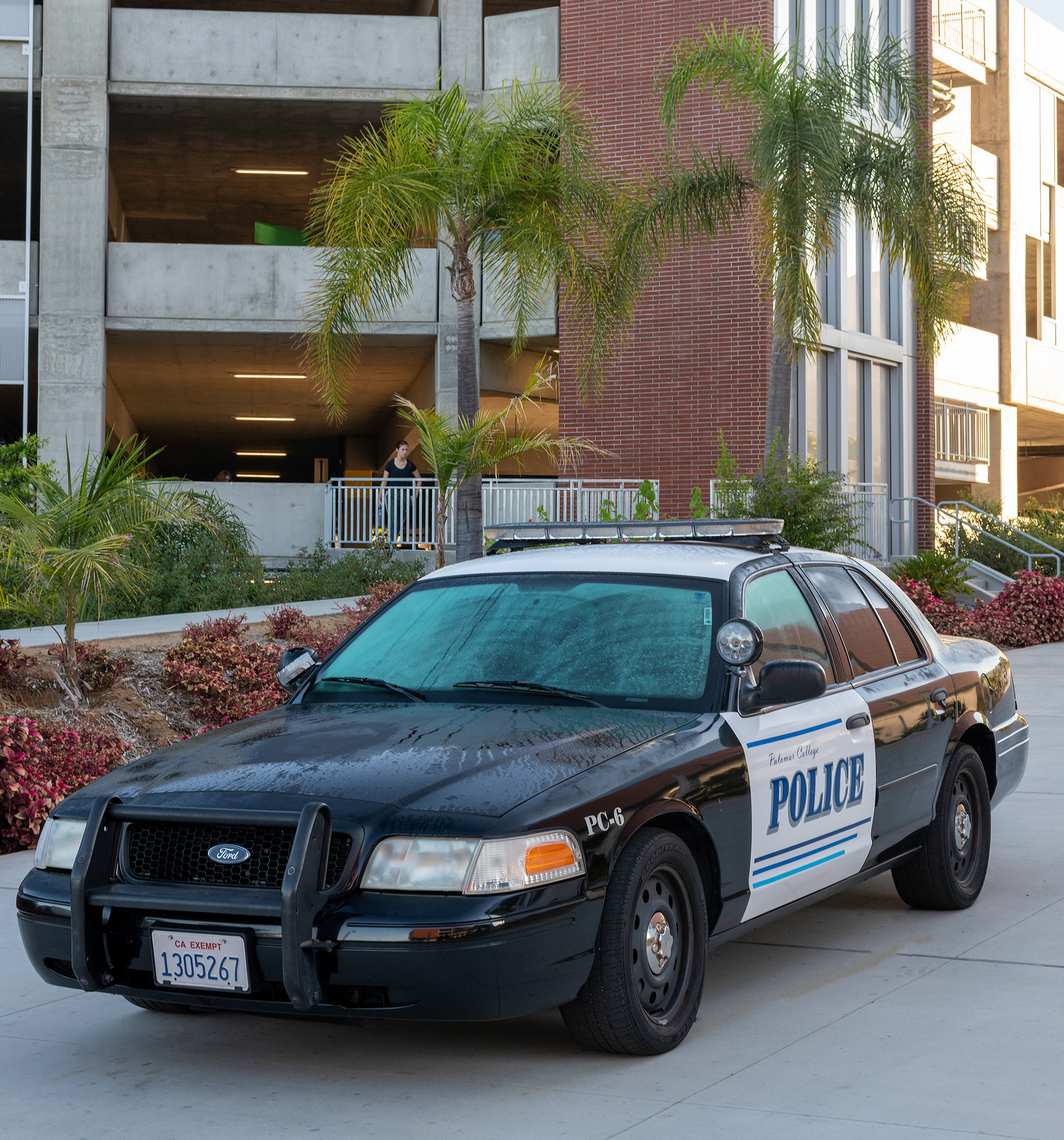 Police encourage students to be vigilant on campus after two assaults

The Palomar College Police Department has released more information on the two assaults that occurred on the Palomar San Marcos campus on Aug. 26.

The suspect was incarcerated at the Vista Detention Facility on Aug. 27 and pled guilty to both crimes on Sept. 16.

While his exact sentence is unknown, Palomar Police Chief Chris Moore estimates it could be around three years.

The perpetrator was identified as a 20-year-old Oceanside resident named Adam Christian Johnson. He is not a student of Palomar and is a high-risk registered sex offender, according to the case report.

The first victim stated that Johnson entered the room, claimed to be a student and sat next to her. Johnson proceeded to inappropriately touch her upper leg and chest, according to the case report.

The victim shared she was “too afraid to leave when he started touching her” and that “she feared he would follow her after class.”

The victim left for her next class and reported the assault to Officer Christopher Dillard at 4:45 p.m., an hour after the incident occurred.

She said she never gave Johnson permission to touch her and that she desired prosecution.

The C-13 Instructional Advisor who was nearby said she did not see the incident and that the name Johnson used to sign in to the media lab was illegible.

The PCPD sent out a description of Johnson to all San Diego law enforcement agencies.

They received a response from Johnson’s probationer, Officer J. Webdell, who helped identify him as the perpetrator. Johnson was wearing an ankle monitor that malfunctioned, so they could not locate him at the time of the incident.

Shortly after hearing from Webdell, dispatch received an email from Sgt. Mark Green of the San Diego College Police Department, saying that Johnson was previously arrested on their campus for indecent exposure.

The victim was reportedly sitting on a bench located outside the D building along Comet Circle West when Johnson sat next to her.

He proceeded to inappropriately touch the victim, and persisted when she tried to move away. Johnson began bouncing his leg under the victim’s and became “sexually excited by looking at her.”

According to the case report, the incident lasted for approximately two hours because the victim was “fearful of what he would do when she left.”

In a police interview with Johnson on Aug. 29, he claimed that he had an erection and that he didn’t touch the victim after he determined “she wasn’t into it.”

Johnson pled guilty to both crimes on Sept. 16, according to the San Diego District Attorney’s Office.

Chief Moore encourages students to be aware of their surroundings and also of the conduct of others around you. Moore says students should take safety measures to find a well lit route to walk on campus, find a friend to walk with and to let others know their location.

“When something like this comes up, we’re always in prevention mode,” Moore said.