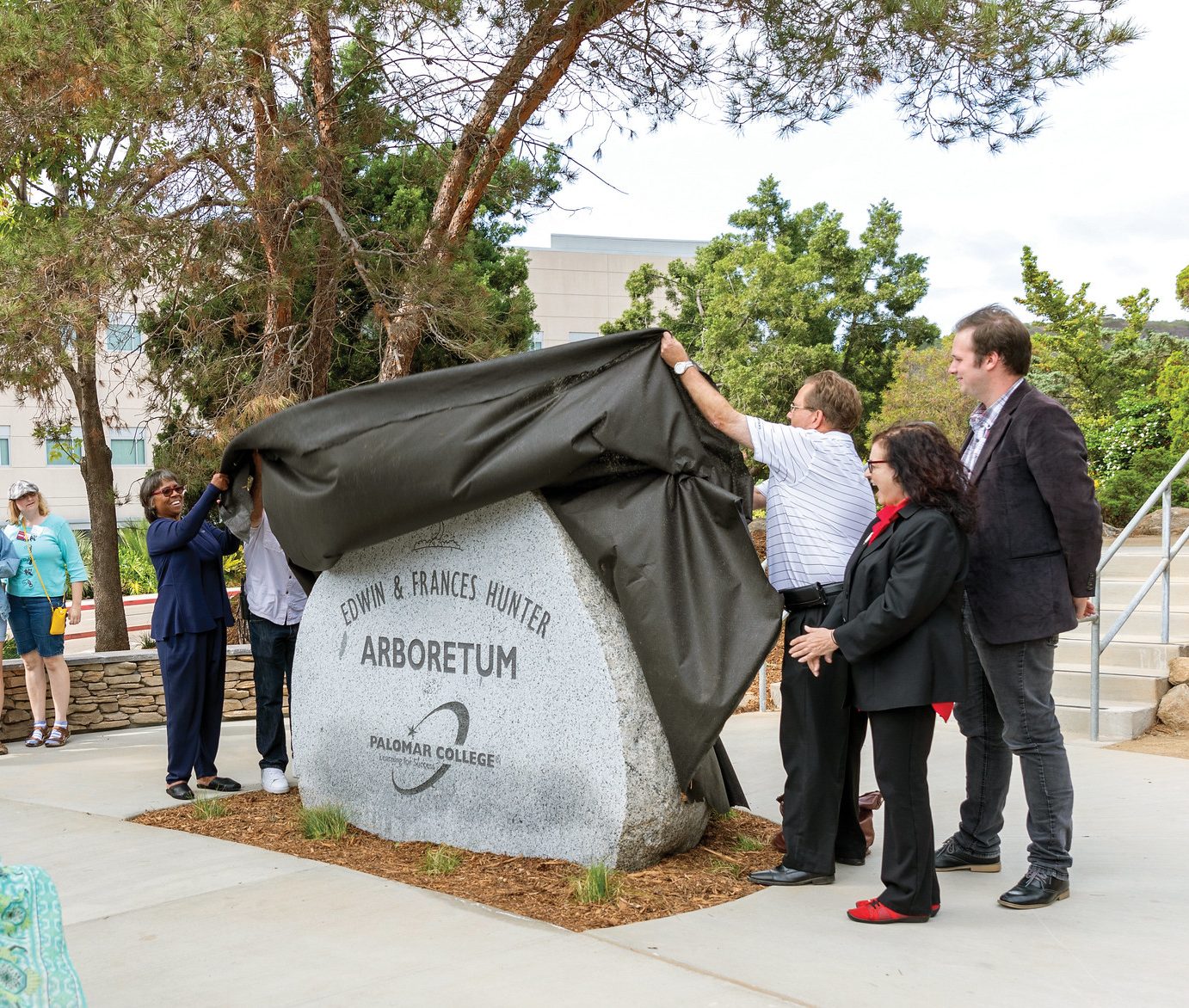 The Edwin and Francis Hunter Arboretum had its Grand Re-opening on Sept. 26, where the refurbished walking trail and naming stone were revealed to the public.

“Palomar’s arboretum is one of the greatest concentrations of plant diversity within a relatively small area in San Diego County,” said Tom Pfingsten.

The event began with Superintendent/President Joi Lin Blake giving a speech about the event, emphasizing the arboretum’s importance in Palomar’s history.

“Since it was created 45 years ago, this arboretum has given countless students and others in our community as a place to enjoy the beauty of our natural environment,” Blake said.

Construction and Facilities Planning Manager, Dennis Astl, said he was honored to work on rebuilding the trail and making sure the plants were not damaged in the process.

The arboretum’s trails were renovated to be wheelchair-accessible to meet ADA standards. Along with these improvements, an older trail section was removed and then replaced with handicap parking lot.

Palomar officials also revealed the new naming stone for the arboretum. Attendees were then taken on a guided tour of the arboretum, where tour-guides talked in-depth about some plants, their origins, and their endangered status in the wild.

According to Tony Rangel, President of the Friends of the Arboretum, there will be another guided tour in late October. The tour will cover the new walking trail, discuss the various plant species in the arboretum as well as the new handicap parking lot.

Plants from all major continents are represented in the arboretum, because the mild climate enables many subtropical and tropical species to survive there. In its 45-year-long existence, plants have been donated from Huntington Botanical Gardens, Los Angeles County Arboretum, San Diego Zoo, and San Diego Zoo Safari Park.