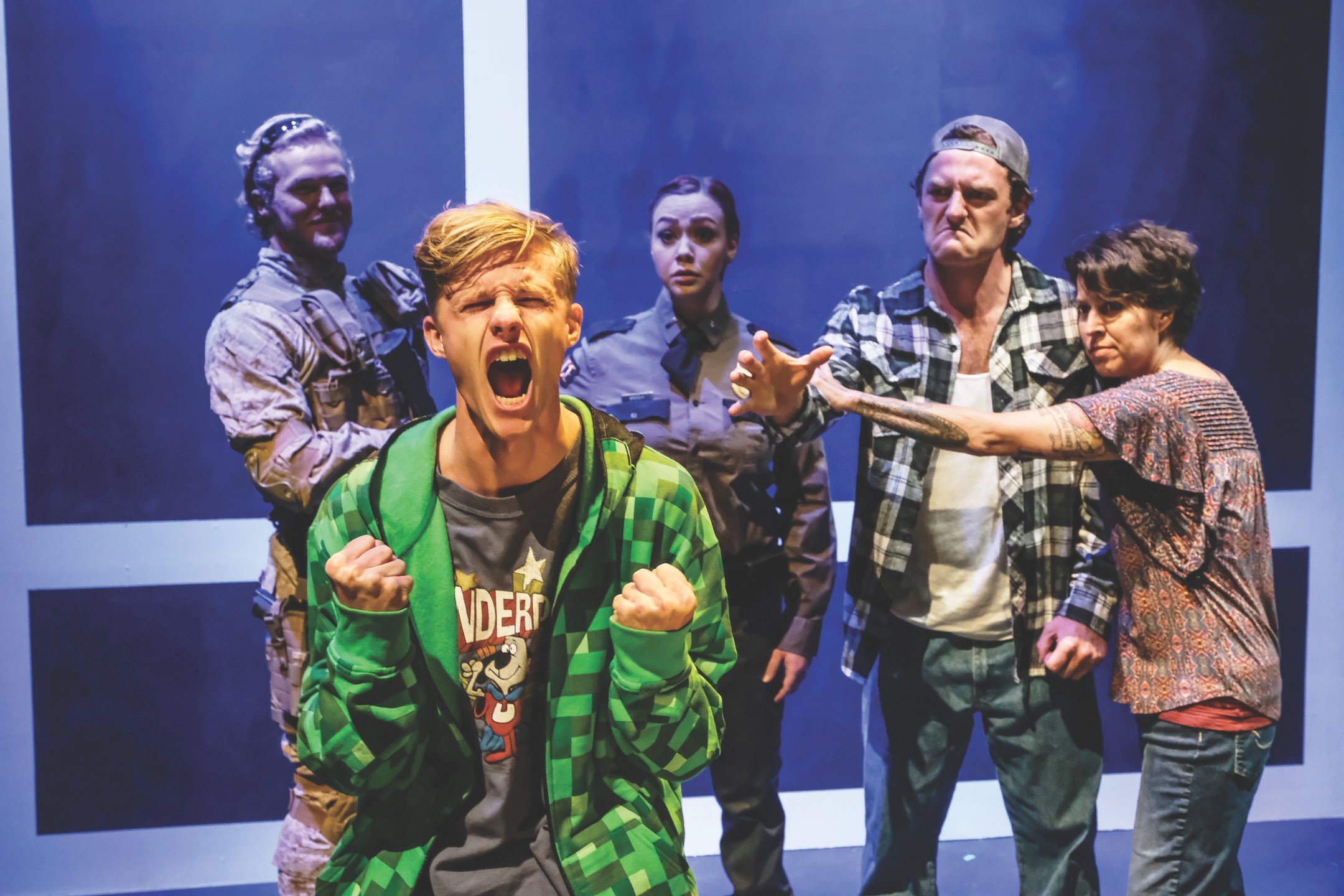 Do you or someone you know suffer from mental illness? Palomar College’s newest production documents the life of a high school student struggling with mental illness, and hopes to raise awareness for struggling young adults.

“Mental State” was produced by Palomar College’s performing arts program and is written by Josh Adell, and directed by Annie Hinton. If you decide to go to the show and give it a watch, you will learn about how mental illnesses affect families all around the world and what they do to try and overcome these situations.

The play is about a working class mother named Angela Cady, who is trying to help her troubled son Andy get through high school and on to college.

Andy’s struggles with mental illness is threatening to destroy his future and in turn,  tear his family apart. Andy’s volatility leads to his hospitalization, which then leads to Angela’s former addictions to come back and haunt her.

Angela must gather strength to draw out help from a neglectful, poverty stricken town in hopes that it can help not only herself, but Andy move on to the next chapter of his life.

Angela and Andy, the main characters of the show, are played by Palomar students Heather Fiore (Angela) and Cameron O’Hare (Andy).

In reference to the casting choices, director Annie Hinton expressed that “these two actors were perfect for these parts.”

“The misunderstanding that exists about mental illness and the stigma of mental illness will maybe be explored more by then, and might change the minds of people who don’t fully understand mental illnesses. It’s a pretty powerful piece,”  Hinton said when asked about what she wants her audience to take away from the production.

When asked why she chose to do a play about the complexities and cruel reality of mental health in teens Hinton said, “Well, first, I like to pick projects that are good for actors, where characters transform. We call it orchestrating the character: there’s lots of twists and turns. It’s truthful and believable behavior and it’s not a styled show in any way and mixes realism and satire.”

“Mental State” has its first showing on Oct. 4 in the Howard Brubeck Theatre at Palomar College at 7 p.m., running for roughly two hours.

The production will run until Oct. 13.

Tickets can be purchased online or at the Howard Brubeck Theatre Box Office.

Director Annie Hinton says, “I think audiences will find this play to be timely and relevant sadly echoing themes seen in the world too often.”