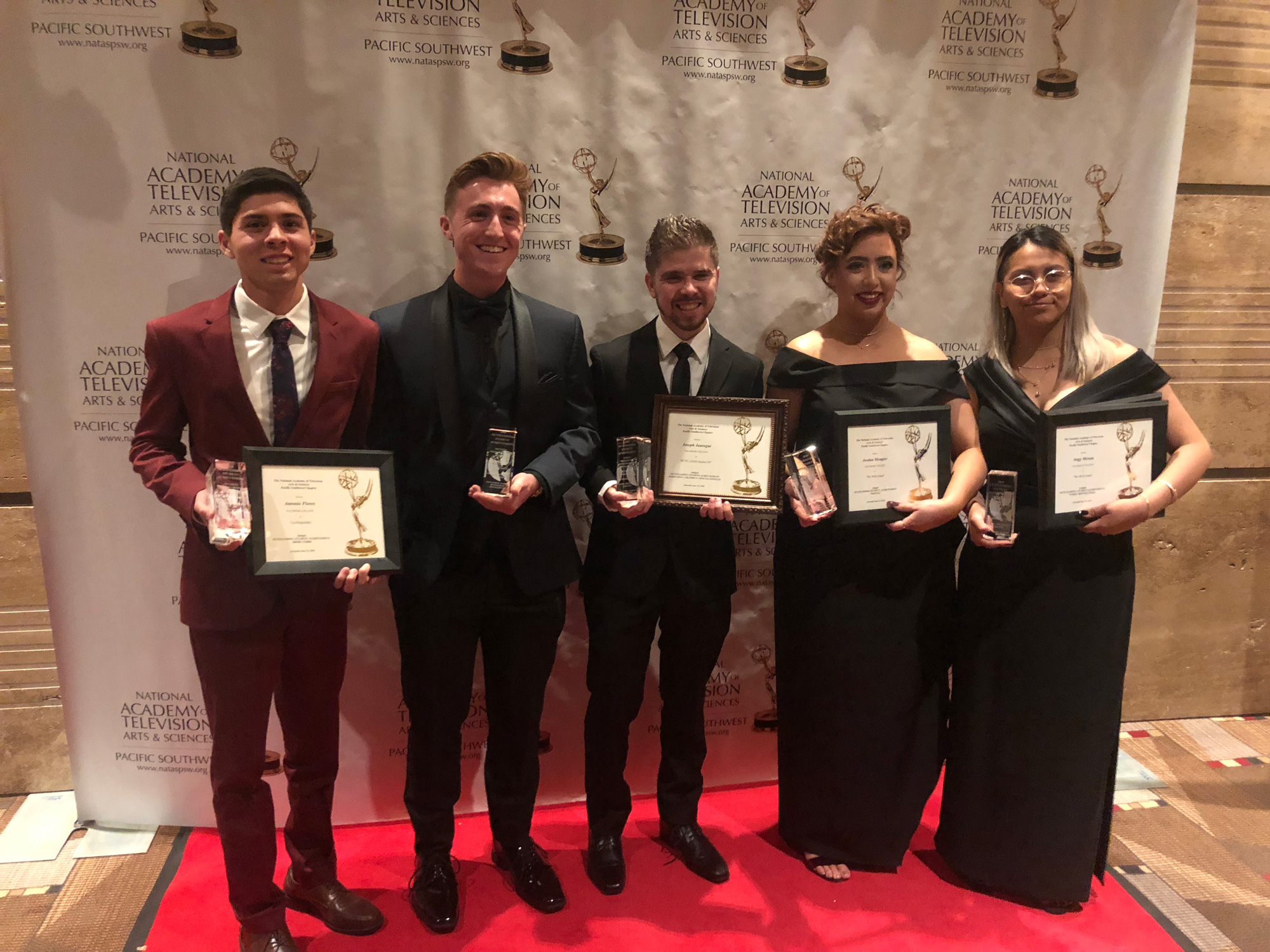 Antonio Flores, Jordan Spurgeon, Angy Moran, Jordan Mougier and Joey Jaregui were among the students who received awards for their individual work produced at Palomar.

Along with students, the PCTV team that created and produced the documentary “Shattered Dreams” received four Emmy Awards for the film’s writing, editing, directing and documentary program.

The nine students traveled to an awards ceremony, hosted by the Pacific Southwest Chapter of the National Academy of Television Arts & Sciences, in Las Vegas to receive the awards.

“To be awarded by a group of our peers just shows that the level of our work is on par with and exceeds those with much larger budgets and staff than we have,” Manager Jim Odom of ETV and KKSM Radio said in a Palomar News press release.

San Marcos City Council will be honoring the Emmy award winners at the City Council meeting at 6 p.m. on Sept. 24 in the city building.