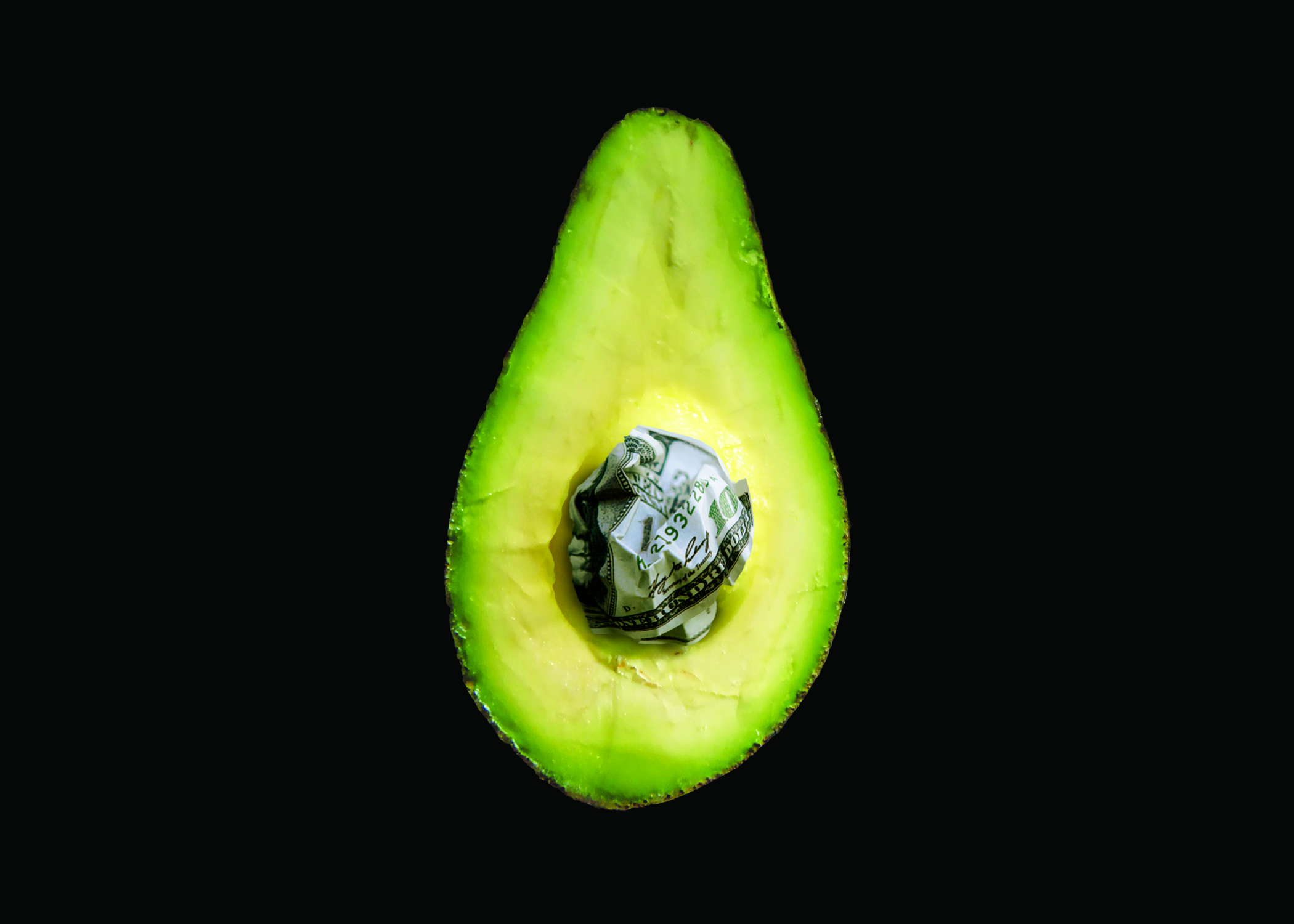 AvoNarco: The expanding cartel influence in the avocado industry

Did you know that for every avocado you buy at the market, you might be supplying the drug cartels of Mexico?

In 2018, the two main cartels that used avocados as a way to supply their income were the Jalisco Cartel and La Familia Michoacana Cartel both of which used fear and violence on the landowners. The biggest consumers of avocados is the U.S., Canada, Japan, and China. The biggest supplier is in Michoacán, Mexico.

There are some estimates that both of these cartels have generated ranging from $100 million to $200 million from controlling local farmers that grow avocados. Another way that cartels use their influence is by extortion as use of financing.

To do this, cartels pay through the “Packers” and the “Growers.” There are many packers and growers with only six sourcing regions: California, Mexico, Colombia, Peru, Chile, and South Africa. To help with growers and packers, an association that functions as a union called APEAM (Association of Producers, Packers, and Exporters of Avocados in Mexico). Gabriel Villaseñor, the president of the association, handles all the issues with the workers and the problem with the cartels. Recently, some landowners have fought back against the cartel, establishing vigilante groups to protect their land.

As a result, the formation of a vigilante group in Tancítaro, Michoacan in which the cartel started to spread its disease of violence and death through beheadings and shootings. In a BBC interview with Josè Hugo Sánchez Mendoza, the head of CUSEPT, a Spanish acronym meaning “public security corp,” he described how the vigilante groups have been resisting the cartel’s influence.

“The self-defense groups freed the municipality from organized crime,” and then, in conjunction with the government, we worked with the avocado producers to recruit police,” Mendoza said.

Within months, the cartel had little influence, and with that, less violence occurred and the people took back their town. Though the story of Tancítaro was successful, other areas within Michoacan suffer far worse fates. This puts a lot of pressure on Michoacan because it is the only state included in the USDA’s certified export program.

According to APEAM, “As of 2016 year after year, the share of our avocado in the market has been falling…the most drastic decreased from 85 percent to 67 percent on average…big chains prefer to offer consumers avocados from Peru, having enough fruit from Mexico.”

This shows that food chains buying avocados from Mexico are starting to catch on to the violence and bloodshed that comes with when buying their avocados.

In an interview with Josh Estebane, an avocado expert, the sales and business development from company West Pack based in Murrieta and Fallbrook, in regard to the Avocado Cartel issue in Mexico he said, “people are dying over this stuff.”

“All that is happening was when the growers/cartels didn’t let other growers pick,” Estabane said. “They wanted to create a guaranteed price on the avocado.”

The situation that he was referring to was an incident that lasted a month in which the growers held a strike. In a letter to the importers of avocados from Mexico by APEAM, it discussed the situations.

“A group of growers acted to protest against what they consider to be low prices for their fruit and decided to install checkpoints in all major roads in the Michoacán avocado growing region,” the letter read. “During the morning, they stopped cars with picking crews and field trucks, impeding their trips to the orchards and obligating them to return. In the afternoon and evening, they retained some of the few trucks that were able to get fruit.”

When this was brought to his attention he scuffled and raised his eyebrows as if he had known something that I didn’t know, he then said, “Growers/Cartels do this all the time to achieve higher prices. Because of this, we faced a heavy profit loss and a huge shortage of customers”

Though the cartels have used other methods to garner a substantial amount of income through avocados. Some have argued that focusing on this fruit and attacking it will only garner more demand such as the early day of the Mexican drug war.

Others have given solutions such as pressuring big banks to propose anti-laundering policies but that won’t happen anytime soon. In the meantime, we should be careful about where we get our avocados, because it might give income to one of the deadliest gangs in the world.

Published in Focus and Focus