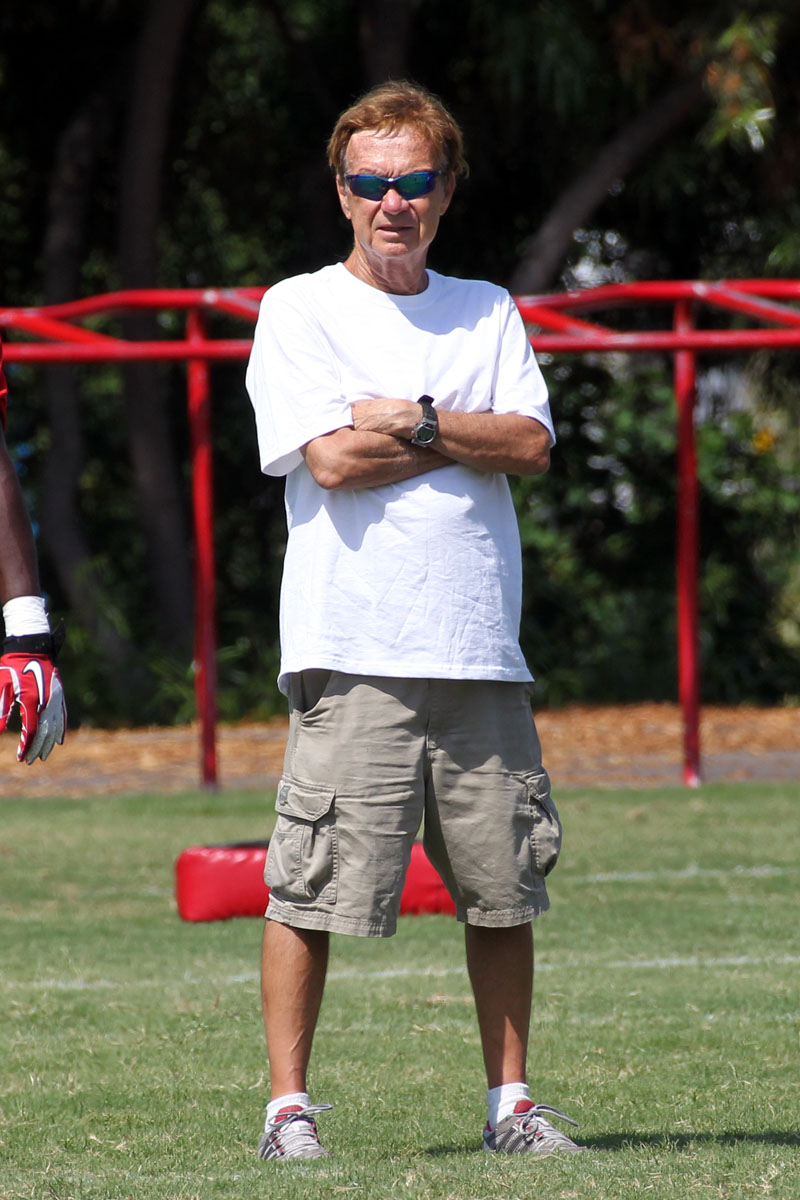 Lifelong sports writer and Palomar alum Tom Saxe has left an imprint on the Palomar Athletic Program that will last.

In a letter to Palomar faculty Athletic Director, Scott Cathcart said, “ Tom committed -not his professional life -but his total life, to what he considered to be his family, the Palomar College Athletic Department.”

Saxe was in his 22 years at Palomar and second as the Sports Information Director (SID) at the school. He also had been the SID for the Pacific Coast Athletic Conference for the last 23 years.

The amount of time he put into the athletic program didn’t go unnoticed. Cathcart said, “ his long hours of dedicated effort benefited literally thousands of individual student-athletes and brought positive recognition and notoriety to our coaches and teams regionally, state-wide and even on the national stage.”

Football head coach Joe Early reflects on his time with Saxe saying, “ He was our ‘Palomar Historian’ when it came to athletics and knew and remembered a lot of the athlete’s that have come through this school.”

Early described how he would show up everywhere, even going as far to show up to coaches meetings, “ He wasn’t afraid to give his opinion either. He was a die-hard Comets football friend.”

As a junior in high schoolSaxee started his career covering Comets sports by writing a season preview about the football team for the Blade-Tribune. From there he went on to become sports editor of Palomar’s student run paper, The Telescope, before moving on to bigger roles as sports editor for Vista Press/San Marcos Courier. Saxe also wrote for the San Diego Tribune and the Los Angeles Times.

“ I joked a lot about Tom being our general manager,” Early said, “ because he was around so much in our practices, on the sidelines or in the pressbox, or in our back coaches office during meetings”

Throughout the athletic department, coaches recognized him to be a very important part of player development. Baseball Head Coach Ben Adams said, ” Tom Saxe lived and breathed Palomar athletics., he in fact he was Palomar Athletics!”

Saxe was always around the athletics program being a track and field as well as a cross country runner.

As the first inductee to the Paloamr Athletics Hall of Fame Tom Saxe will be missed in the athletic department.