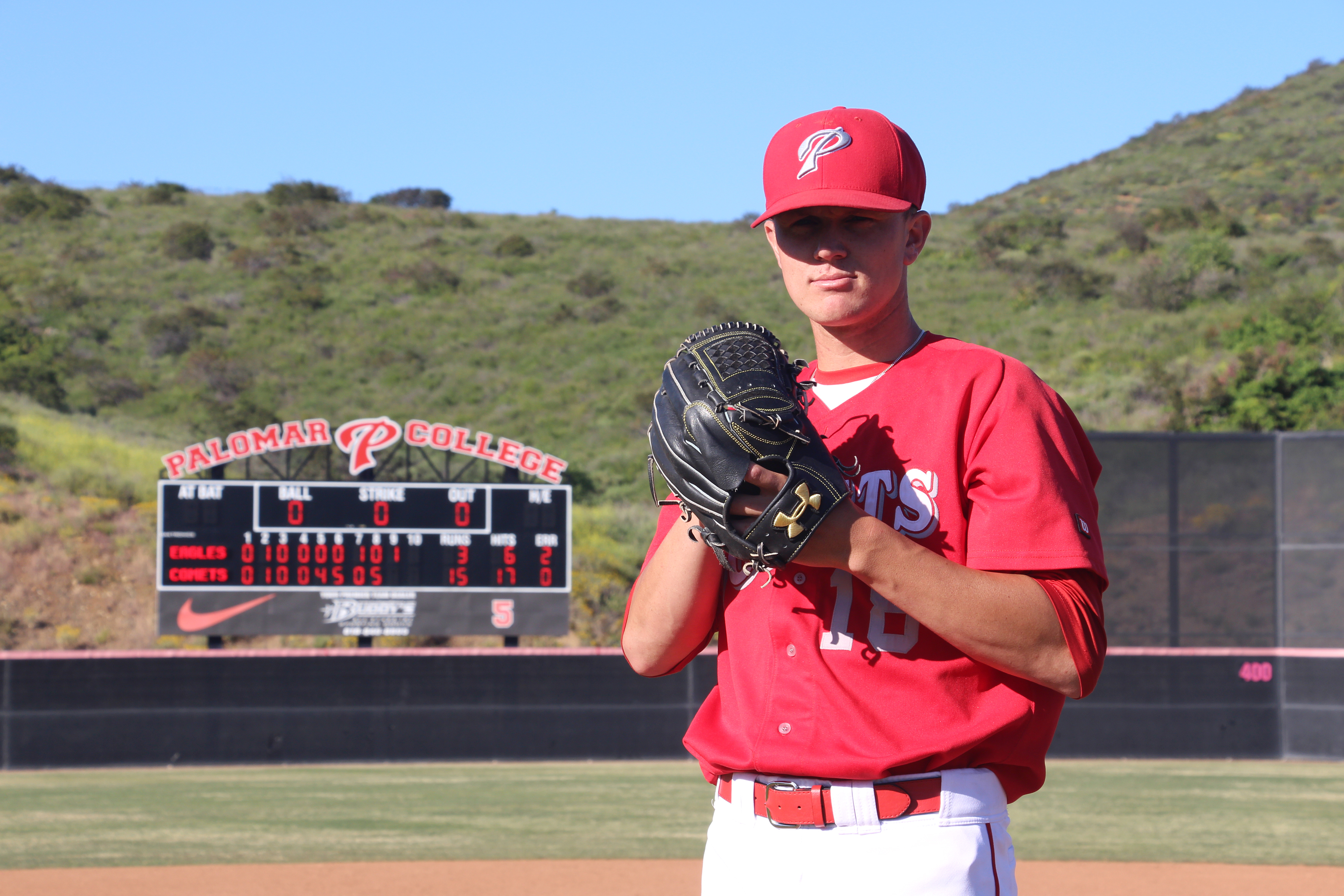 Twelve years ago, Everett Hazelwood started his baseball career when his mother announced she had signed him up and his practice would be the following day.

Now a sophomore at Palomar Hazelwood turned into a dominant presence on the mound as a right handed pitcher earning the  SoCal Player of the Week honor the week of March 24.

“ He was part of our backbone as a club,’ head coach Ben Adams said, “ We were driven by our pitching staff and he was at the forefront all year long.”

In his Comets career the Norco native appeared in 28 total games with a record of 7-4. He pitched 88.2 innings in his two years with a hundred total strikeouts. He ended the season with a 3.38 earned run average (ERA) and a 4.18 combined ERA for both seasons.

Humbled by the award Hazelwood mentioned he had a shaky start to the season and was surprised to receive the honor knowing where he started. In his game that  lead to the award he went seven innings with six strikeouts giving up three hits and zero earned runs.

“Luckily I had all three pitches working for me that day so that always makes it easier to pitch.” Hazelwood said, “ but overall I think it just came down to me executing the pitches i needed to in certain situations.”

Crediting his offense for a four run lead to give him some breathing room, Hazelwood has given his teammates props all season long saying its easier to pitch with the defense he has behind him.

The two pitchers met their freshman year of highschool when they went to the same pitching coach, Chris Hyndman.

Kenny mentioned he liked the way he went about his business on and off the baseball field. Coach Aams agreed he was a great competitor saying “ Very talented and ultra competitive.” Adams believes that the skies the limit for the young pitcher who he believes will continue to grow.

For now he is a business major and is planning to continue his education Kansas City University while hitting the fairway in his spare time and like so any others will  continue toward his dream of becoming a big leaguer.