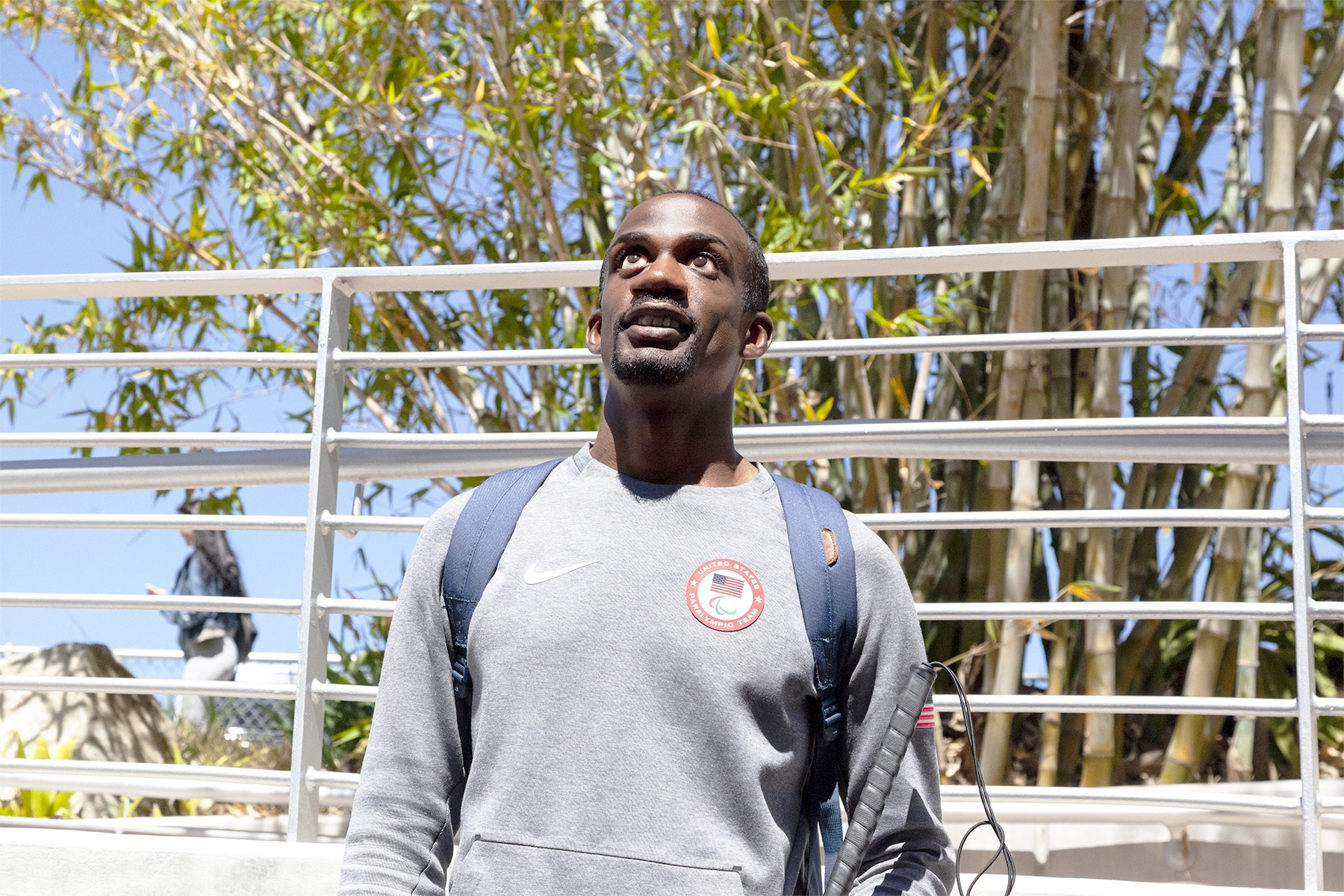 The Disability Resource Center invited Gold and Silver Paralympic medalist Lex Gillette as a guest speaker to speak to students on April 17 about his story of overcoming blindness.

Elexis Gillette, often referred to as Lex, is a Paralympic track-and-field gold medalist determined to motivate people to achieve their dreams, despite what challenges they may encounter.

Gillette spoke about his attendance in the 2015 Paralympic World Championships in Doha, Qatar. Gillette recalled that he spent years training for the event.

When Gillette was performing the long jump, he missed his coach’s verbal cue and fell, landing on the concrete outside of the long jump sandbox.

Gillette grew up in Raleigh, N.C., and noted that as a young boy he loved to play outside with his friends. He had eyesight until he was 8-years-old.

His retinas detached from his eyes several times, and after countless surgeries he eventually suffered from complete blindness.

“After I lost my sight, I was encouraged to stop jumping, but I wanted to be good at something,” Gillette said.

Gillette spoke about his mother, Verdina Gillette, and how she always encouraged him throughout his life.

“I had to instill in him that all things are possible,” his mother said in a video that was played. “I told him, Elexis, it does not matter what anyone says, you decide what you can do and no one else.”

As the talk continued, Gillette shared his steps to success. His steps included envisioning personal goals, taking a “shot in the dark,” and for students to imagine themselves succeeding, identifying a plan, and finally getting up and going for it.

After explaining his intense training and nutrition schedule, Gillette concluded his speech by completing the story of how he fell.

Gillette explained how he stood up, went to the medical tent for a quick check in, and returned to the competition.

“I did not want the last image people saw of me to be me laying on the side of that long jump pit,” Gillete said.

When Gillette got into position once again, Lex took off, and landed 20 feet and 11 inches in the sand. This particular jump earned him his Gold Paralympic Medal.

Shauna Moriarty, Director of the DRC, expressed that she hopes students can take something of value out of Gillette’s story.

“No need for sight when you have vision,” read Gillette’s slogan, offering some inspiration for students.

“I’ll remember what an inspiration he was,” Ralston remarked. “His story really got to me. He made us cry.”

Gillette is currently training nearly every day in preparation for the 2020 Tokyo Paralympic games.