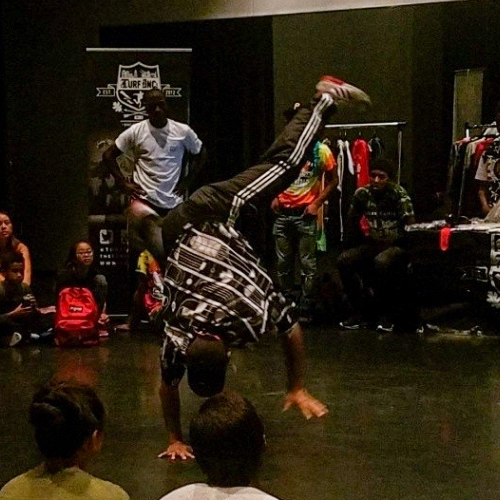 Breakdancing representing its hip hop culture in the 2024 Olympics

Published May 1, 2019 by TELESCOPE STAFF

In 2024, Breaking is set to be one of the competing categories for the Olympics.

Breaking is one of the main five elements of hip hop, with others being Djing, MCing, Graffiti, and Knowledge. This style of dance started in the Bronx back in the 1970’s as a way for individuals to dance during the break of funk, salsa, and latin music in clubs.

As time went on, this style of dance became so prominent across the world that it had made appearances in a variety of movies, TV shows, music videos, concerts, and so much more. Along with this, major breaking competitions have been created such as Red Bull BC One, Battle Of The Year, KOD World Cup for different individuals or breaking crews to compete in as a means to earn prize money, gain bragging rights, and to elevate the hip hop culture.

One main thing that needs to be noted is that, hip hop is not just a form of dance or a musical genre, it is a lifestyle for most practicing individuals. “I do see breaking as an art form, I do see breaking as [in hip hop] a lifestyle, as a subculture. Krysada Phounsiri, aka Bboy Lancer stated, “It’s a way of life, it’s a way of, you know, me defining who I was and my identity.”

Bboy Lancer is a San Diego native who’s been breaking since 2001, he created the Calamities Crew back when he was in highschool, and later on Killafornia, a breaking group who wishes to represent and put the San Diego hip hop community on the map. Despite being an extremely busy individual, Bboy Lancer is keeping the possibility open in representing the United States on the 2024 Olympics. He believes that the Olympics can be a good platform to show a better representation of the hip hop community to a much larger array of audiences stating, “I think we should show [breaking] to the world.”

So what does being a part of the Olympics mean to the hip hop community? David “Stampedee” Rodriguez Ricks, a dancer from the Inland Empire associated with the dance crew Wild 7’s, stated “…the dance form of Breaking has reached a level of respect to be taken as a serious competetive sport and not just a dance fad.” With breaking being officially viewed as an Olympic sport in 2024, people from the hip hop community are concerned that it may create a drastic impact on the dance scene, “This definitely has an effect on how dance will be viewed in the future. It’s too early to say if it will be for negative or for the positive” Stampedee stated, “but I think it is being looked less artistically just for being in the Olympics.”

This although, is something that Bboy Lancer will not let happen. He expressed that there should be teachers and leaders in the hip hop community that will step up and educate people about the culture. Aspiring to be one of these leaders in the forefront of the hip hop community, Bboy Lancer aims to show the world a respectable representation of the culture that he grew to be a part of.