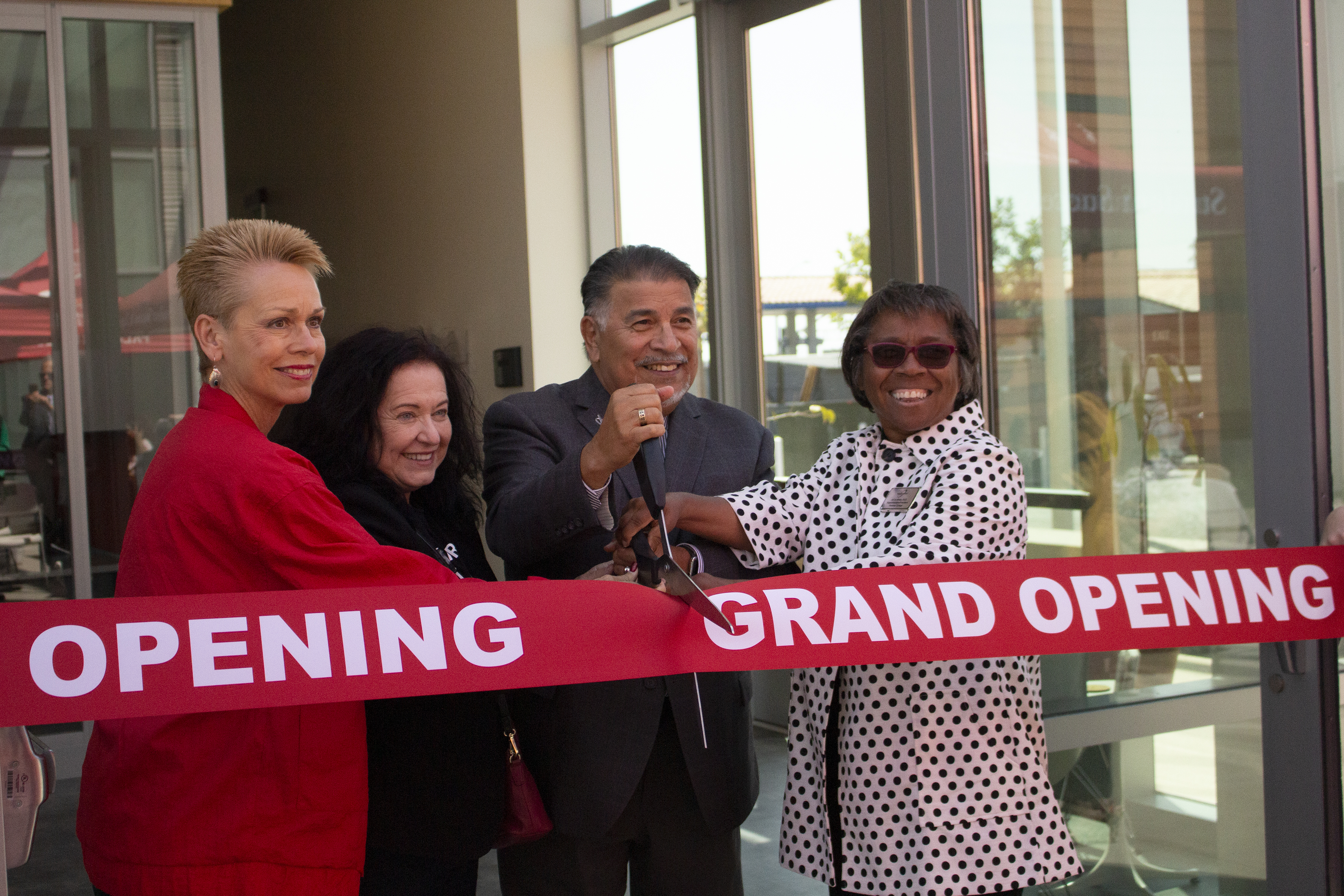 The award-winning Maintenance and Operations building has officially opened its doors to the campus community.

The new building has been nationally recognized as a “Net Zero” project and became the first community college campus building to earn a Living Building Petal certification. The Net Zero building is said to reduce carbon emissions by utilizing renewable energy.

The building stands as one of the most energy-efficient buildings on the Palomar campus, and nationwide. M&O includes multiple energy-efficient features that will harvest of rainwater, keep temperatures down during the summertime, and will generate 5 percent more energy than it will utilize daily.

At the event, President/Superintendent Joi Lin Blake recognized the building as one of the most outstanding buildings to be built at the Palomar campus.

Blake continued on, acknowledging the hard work that the facilities team has put in for the campus.

“They’re my number one marketing team,” Blake regarded, “the students and the community see their work first. Before they met with a counselor, before they get in a classroom, they see  the work of the facilities folks.”

The M&O Building is one of the last Prop M funded projects set to be completed.

Aaron Andrews, a District Representative and Palomar College alumni, expressed his admiration for the new building and acknowledged the usage of the Prop M bond money.

“It’s just beautiful to see what the campus has been able to do with the Prop M money,” Andrews said. “This is definitely an example of how people are very judicious in what they are doing with the bond money, and how to be successful with that bond money.”

“Facilities is so important,” Andrews continued. “they’re always kind of like the unsung heroes.”

Dennis Astl, the Construction and Facilities Planning Manager was the keynote speaker at the event. Astl recalled the beginning stages of the development process for the building, noting that the building was going to be reduced in terms of square footage for easier maintenance.

Astl also noted that the goal for the M&O was for it to be energy efficient, to have low operating costs, and for the building to be aesthetically pleasing for the community.

“It’s not what they imagined,” Astl said, regarding the completion of the building. “It’s better than they thought.”