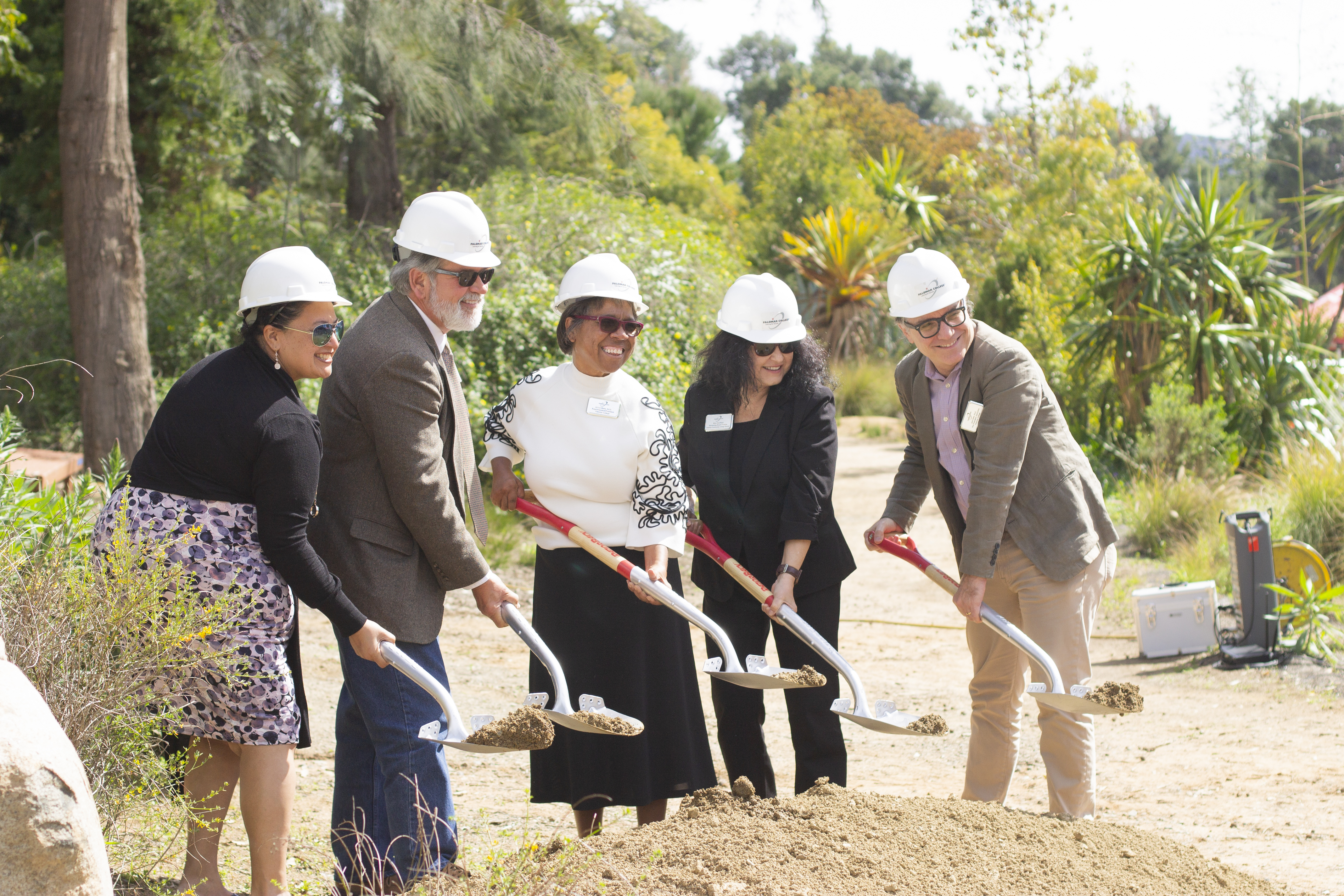 Palomar officials held a groundbreaking ceremony to mark the beginning of a construction project to make upgrades and renovations to the Edwin and Frances Hunter Arboretum, on March 22. As a result, the arboretum will be closed until either Fall 2019, or Spring 2020.

The trails improvement project will include a new entrance, located near Parking Lot 5, as well as irrigation updates and ADA compliant trail improvements in the lower gardens of the arboretum.

The arboretum has been recognized by AbNet, a community of professionals that recognize tree-focused gardens, as a Level Two Arboretum. This recognition is only granted to arboretums that provide a collection with more than 100 botanical species, and also have designated arboretum-focused employees and educational programs for the public.

Palomar College along with UC Davis’, have been the only two California college campuses to receive this recognition.

At the ceremony, President/Superintendent Joi Lin Blake noted the importance of the arboretum’s presence on campus, marking it as a serene place for students to relax. She also touted the arboretum as an educational space where students can conduct field studies for their classes.

“We are so fortunate to have a corner of the campus dedicated to preserving nature,” Blake said. “Through the upcoming upgrades, even more students and visitors will have access to the beauty offered in this unique environment.”

Anthony White, Vice President of Shared Governance for the Associated Student Government, acknowledged during the groundbreaking how the arboretum helps to preserve the natural beauty of Southern California, especially for those surrounded by urban environments.

“We have an opportunity to enjoy the beauty that was,” White said. “The beauty that was lost in this area of Southern California as it continues to be developed. We now have something in our own backyard that the student body can truly appreciate.”

Tony Rangel, Grounds Supervisor and President of “Friends of the Arboretum,” was the keynote speaker at the event.

During his speech, Rangel noted that an arboretum is a place where the campus community can come to learn and gather.

“It means house, home or place of trees,” Rangel said, “It is a museum filled with trees and living plants.”

Beth Pearson, Botany professor and Friends of the Arboretum member, noted that the new accessibility for ADA students will help professors with creating lab activities in the arboretum.

Pearson also noted that the updated irrigation system is no small feat for the arboretum. “The ability to be able to irrigate these plants is going to help us,” Pearson said. “It will allow them to thrive and probably add to the collection as well.”

Once the renovations are completed, Pearson hopes that students will take the opportunity to utilize the Arboretum more.

“[I hope] that we make it more welcoming for them,” Pearson said. “So that they realize it’s a space for them to relax and maybe study and hang out with friends.”

Before the ceremony ended, Manager of Facilities Planning, Denis Astl, announced that the arboretum’s Cactus Garden was selected by USPS to be the focus of a new stamp design. The design will be revealed at the Cactus Garden on April 15 at 11:30 a.m.

The arboretum trail improvements is one of the remaining projects under Prop M funds. These projects are scheduled for completion over the course of the next two years.