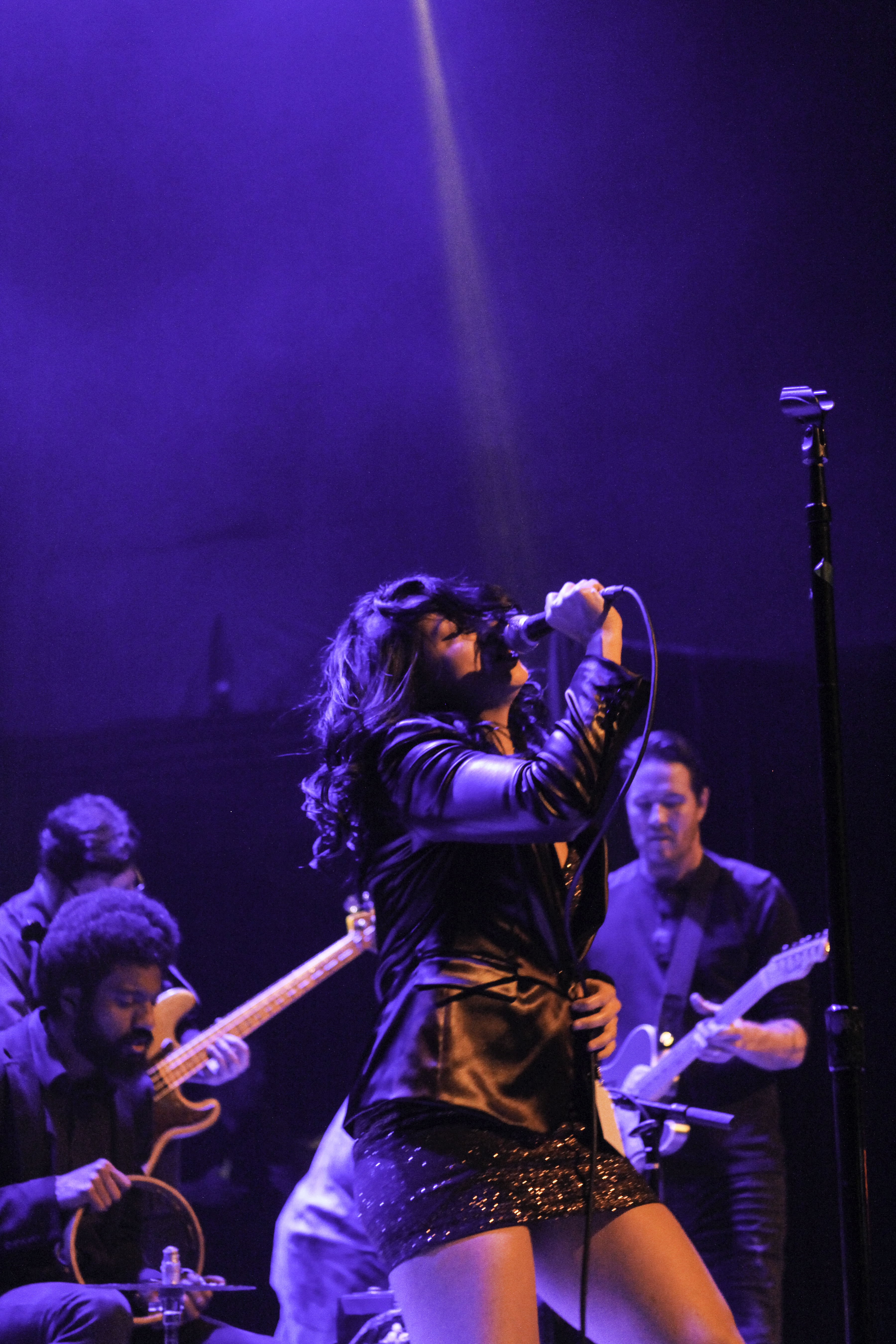 The out pouring of brotherhood and charity in the San Diego music community flows just like a fresh cup of Joe.

At the 28th annual San Diego Music Awards Local artist and Grammy winner Jason Mraz gave a lifetime achievement award to “Java Joe” Flammini, a man that not only nurtured sweet concoctions at his cafe but also nurtured such talent as Jewel, Jason Mraz, and Steve Poltz.

“So they call us the Java Joe All-Stars but we are missing a few hundred people’” said Mraz as he listed off many award winning artists like Gregory Page that got their start at Java Joe’s.

Before Mraz was a Grammy winning, internationally acclaimed recording artist he was a college dropout playing local cafes and bars. Flammini, the generous owner of Java Joe’s would occasionally let Mraz sleep at the café rather then watch him sleep in his car.

That same communal family atmosphere of Java Joe’s was also felt at the event as musicians shared the stage, shared instruments or wore each others bands t-shirts. Casey Hensley who won Best Blues Artist for 2019 and had a howling performance agreed. “I’m making my record at Jason Mraz’s studio. Jeff Berkeley is producing you know. Richard, the bassist from Vokab Company is like my roommate, who’s wearing our shirts, it’s just rad, its just friends all around,” Hensley said.

Java Joes moved from Poway to Ocean Beach and was renamed but continued as “The Backdrop” when Joe retired. In 2001 the San Diego Music Foundation a nonprofit joined with the Music Awards to donate guitars and instruments to 82 schools throughout San Diego. “ It goes full circle folks, you’re helping the kids of tomorrow and that’s what’s important,” said Kevin Hellman, Producer of the San Diego Music Awards and Treasurer of the foundation. By full circle he meant that some of the performers at the show said that they had learned to play in school on guitars that were donated by Taylor guitars.

By donating hundreds of guitars and musical instruments to local schools it helps ensure San Diego’s music community will continue to thrive. All of the artists also donated their time to give back to the fans that support them.

Shelbi Bennet and Matt Molarius who had a seductively electric performance with local collective The Redwood Revue also weighed in.” I completely support and encourage the youth of San Diego to learn music, I’m stoked about the improvement of the schools,” Bennet said. “20 years of donating guitars to schools, they have probably done a lot of good in the world as far as music. And it gets them off the streets!” Molarius said Bennet won two awards for her side project The Havnauts.

Local bands and venues like Java Joe’s help build connections in the community they provide places where people of different generations can share their music or just listen.

Like any band or family that forms it can have growing pains, moments of joy and pain. Eventually people find their identity and integrate into an extended family.

PBS.org stated that music can improve kids social skills, motor skills and gives them the ability to express themselves in ways they may not have thought of.

Mraz thanked Joe for providing a safe place to be who you are. Hensley echoed that sentiment. “I did sports a little bit but not really, music was my heart and soul growing up. It’s so healing and it’s so therapeutic and academically it can help you out,” Hensley said.

It was good to see the San Diego music scene celebrate the traditions of their culture while it grows and creates an entirely new cultures for the future “I just want to thank one person that made this all happen in 1991. That’s my mom. So this is to Mama Java,” Flammini said.

Next time you stop off at favorite local source for morning Joe, consider some homegrown artists for your local morning jams.