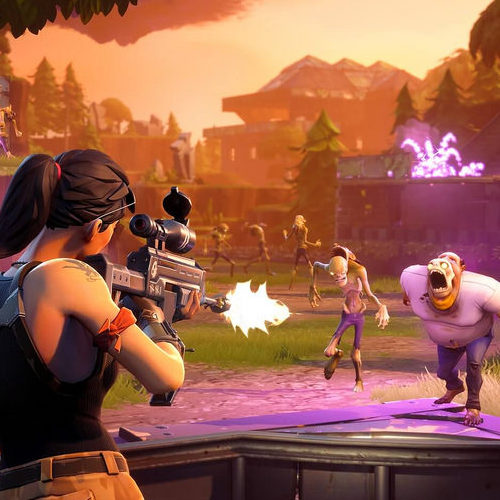 The current battle between “Apex Legends” and “Fortnite”

Here we are at the beginning of 2019 and every major gaming company is still trying to create a Battle Royale that can compete with the game that took over the world in 2018, which was “Fortnite: Battle Royale.”

Although there have been other Battle Royale games that have been released, they haven’t been able to put up the numbers that “Fortnite” has. That was until Respawn Entertainment, which was later bought by Electronic Arts (or EA), released “Apex Legends” on Feb. 4, 2019.

Apex Legends wanted to do what no other Battle Royale was able to do, and that was to beat the records that their rival “Fortnite” had put up. It came out of nowhere and got numbers that took the first game weeks to achieve, which was rather shocking to some people considering that first game had become so popular so fast.

“Apex” decided to go the route that every other company is taking by making the game free to play, If interested, you can simply use money to buy cosmetics and future battle passes just like “Fortnite”, which will give you skins and other cosmetics that Apex will decide to add as the game grows.

In just 72 hours, “Apex Legends” had gotten a lot of hype and support- they had gotten 10 million people jump in and try it out for themselves. In that amount of time they also racked up about 1 million concurrent players, according to Vince Zampella from Respawn Entertainment.

Another thing that propelled “Apex Legends” to receive more attention, was that they had all the major professional “Fortnite” players and streamers switching from the old game to the new game. The “God of Fornite”, also known as Tyler “Ninja” Blevins, made the change as well and described the game as being something “new” and “exciting.” Blevins was asked “which is better, Apex or Fortnite?” His answer was rather compelling.

Blevins said, “Why must you choose one? They both are two totally different Battle Royale games, which makes them both unique in their own way. It’s just nice to play something new and fresh. I will never be done with Fortnite, it’s what made me who I am today.”

Apex also took the spot as being the most streamed game on a live streaming platform known as Twitch.tv.

When talking to students at Palomar about the two games and which one they thought was better, there was a bit dispute between the two.

Anthony Thomas, student, said, “Fortnite will always reign supreme over all other Battle Royale games simply because it incorporates the building incentive. Instead of going into a fight guns blazing you can have what people call a ‘Build Battle,” meaning you can beat your opponent in many different ways.

When Michael Garcia, student, was asked he said, “Apex is better than Fortnite because they have more than just one specific character to play with. You can choose from six different types of characters who have their own special ability and gives you the chance of trying them all.”

There are also different kinds of weapons which you can pick up when finally getting into a game which makes it a better experience.

As you can see, the student population is split about 50/50 on which game is truly better. But, the one thing to question is that “Apex Legends” has only been released for not even a month yet, so will this growth continue or will “Fortnite” continue to reign supreme and stop the growth?