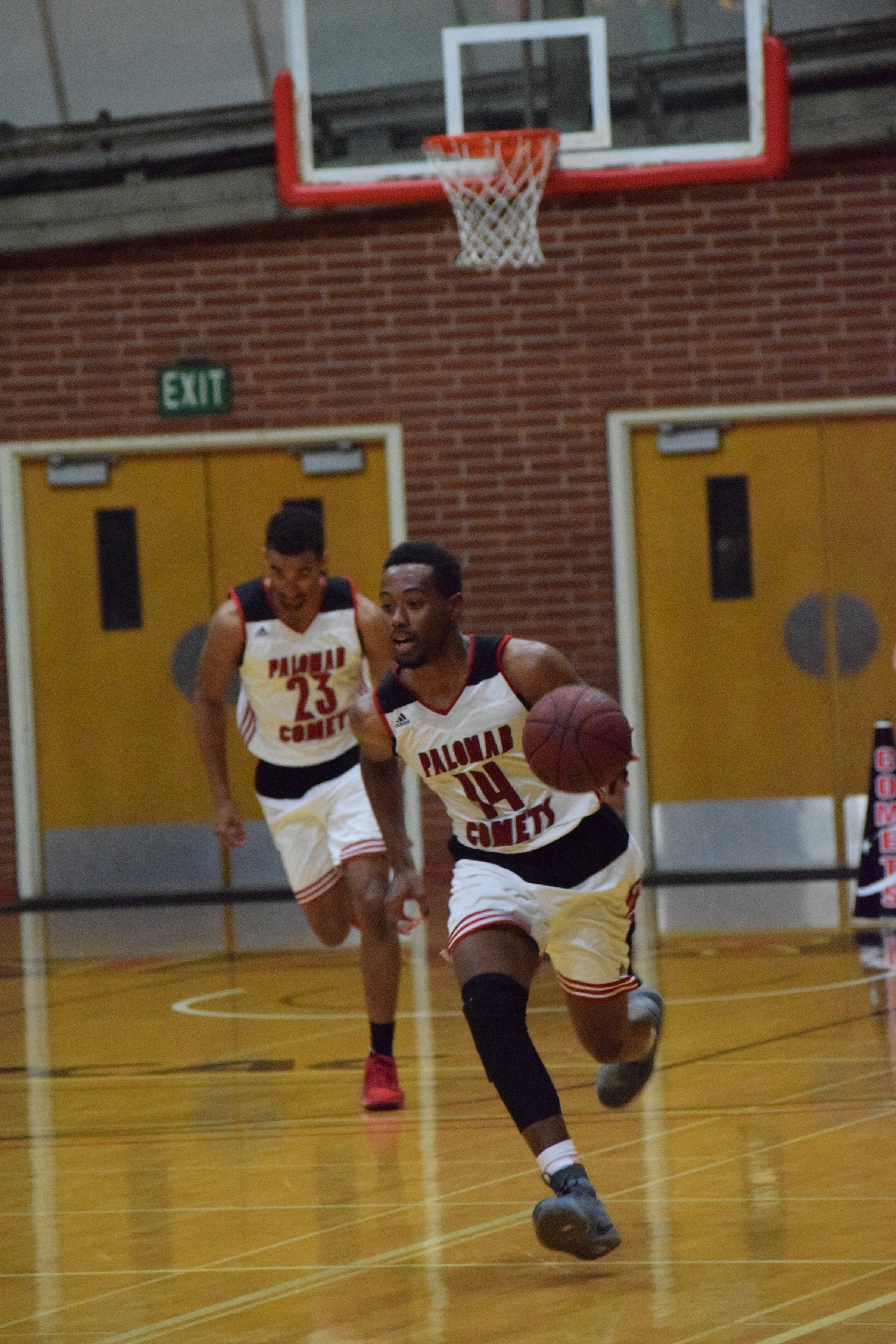 The Palomar Mens basketball team lost their fourth game in a row Friday night in 54-69 . An early breakout by Mt. San Jacinto, had the Comets trailing throughout game.

A three-point buzzer beater to end the first half gave the Eagles a demanding 15 point lead. 20-35.Yet, the Comets refused to give up and the second half is where both teams started to heat up.

Comets guard, Jamario Harris made 5 out of 9 three-pointers, four of which were in the final few minutes. Michael Chatman, Comets forward, lead the team with 8 rebounds, and scored 16 points.

After closing the lead to nine, Harris committed his fifth foul of the game, removing the 19 point scoring leader from the floor. The deficit was back to 11 and with a little over two minutes left.

10 fouls given by the Comets were too many for the Eagles consistent foul shooters. The game had become out of hand once again and the Comet surrendered to the Eagles, 54-69.

After the game, Scott Ogden, Assistant Coach for the Comets said, “Honestly, I am really proud of the guys for their effort tonight, especially in the second half. They never once gave up.”

The Comets last game of the season is Thursday the 21st at 7:00pm vs. San Diego Miramar College