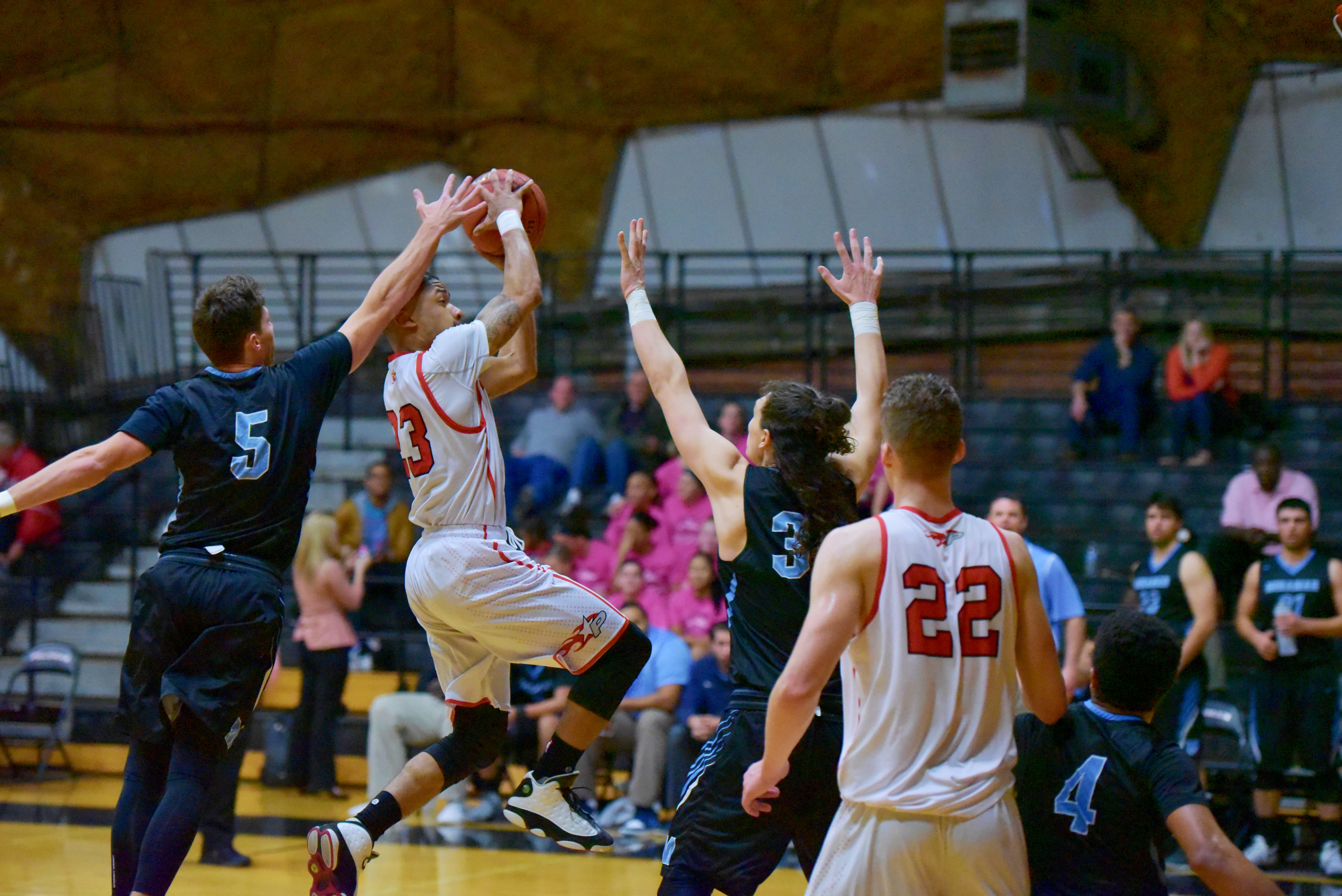 Palomar basketball back in action

Palomar men and women’s basketball is back in action and is looking to get into shape for the upcoming 2019 season. Both teams have a lot of fresh faces and raw talent, but overall both teams are hungry for the championship title especially the women’s team seeking redemption for last year’s state tournament upset.

Men’s basketball tied for second in the league last season at 16-14 and played in the state playoffs losing to Long Beach College 74-80. The team has two returning players from last year with a total of 12 freshman rounding out their roster. When asked how they look to improve from last year coach John O’Neil said that, “It’s gonna be. Trying. Because we have so little experience we have to very very patient with this team.”

Many of the former players went on to get scholarships but overall Coach O’Neil is astounded with the current team’s energy, and is very pleased with their performance so far. When asked what they expect from this season coach O’Neil said he expects the unexpected because of how young and inexperienced the team is. They are going in with no expectations because of how unpredictable the game of basketball is , so working hard and improving each and every day is the least they can do.

Returning player, and team captain, Jamario Harris stated that his primary goal is “to become a better leader on and off the court, to win a conference, and make it to the playoffs.” He understands that his team is young but being a leader and sharing his experience with his teammates is essential if they want to make state.

Freshman Anthony Routh expressed similar opinions with his captain, stating he also wishes to be more of a vocal leader to his team as well as the glue that holds his team together. He expects a lot of close games this season and that the men’s team this season looks very promising with all the young talent.

Women’s basketball finished last year 29-2 winning the conference for the fourth consecutive year, making it to the playoffs and losing to UC Merced by two points. The team has one returning player with five sophomores and ten freshman rounding out their roster.

When asked how they can improve from last year coach Leigh Marshall said, “we have to be more player led.” Creating mix ups in defensive schemes and plays is something they look to improve upon and having the players take initiative is a good start. When asked what they expect for this season Coach Marshall shared a similar response to Coach O’Neil in that they really don’t know what to expect because their team is so young. They are consistently improving from game to game but it’s really about their chemistry that will drive them forward to win.

The primary goal for Coach Marshall is to make it back to the elite eight state tournament and seek redemption for last years . Other than that, to continue to be the best they can be as a team moving forward.

When asked what she could improve on for this season, returning player, and MVP of the Mt. San Ysidro tournament Clarissa Taite stated that, “being a better defender would probably be the most important thing. One thing she expects is for “our IQ to go up a little bit more, and to be around basketball a little bit more, and hopefully that can lead us to getting into the state championship.”

New freshman player Taylor Williams wants to improve on being more aggressive in her play style. When asked what she expects from this season she responded with, “I expect us to grow on and off the court chemistry wise.” Having this chemistry with her teammates and forging that bond is very important when it comes to the overall team synergy.

Overall, this season of basketball looks quite promising with both teams having the potential to be extraordinary with all the young talent on both sides. Just as coach O’Neil said expect the unexpected this season but one thing we can expect from them is to both take that championship trophy home this 2019 season.