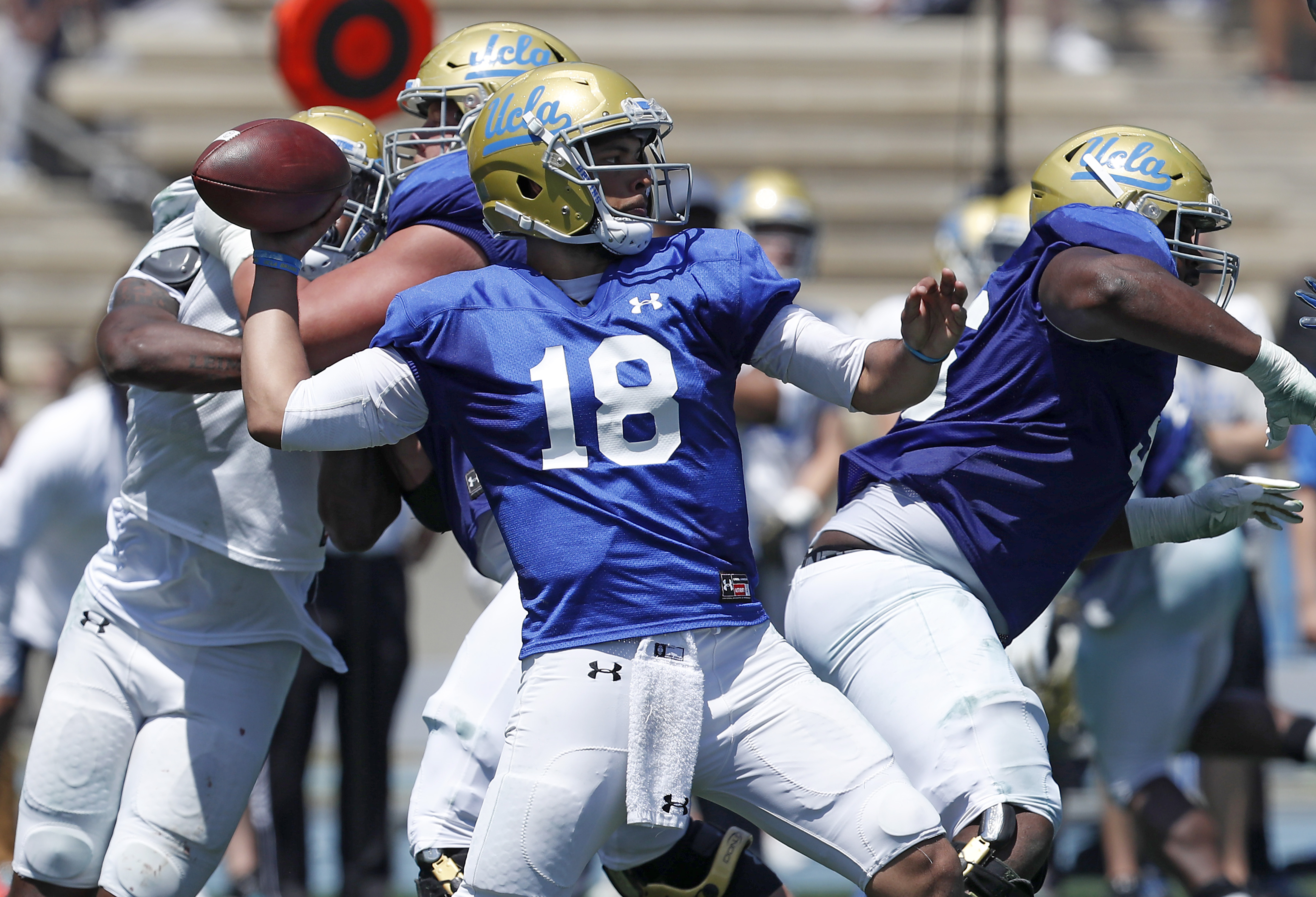 On September 21 the news of Modsters’ transfer rippled through the college football world.

Eight years into his football career, Modster decided it was time for a change after losing the starting quarterback position to teammate Wilton Speight.

The four star recruit was thirteenth pro style quarterback, and was ranked  the 43 player in California. As a senior in high school thea young Modster had an impressive 14 offers.

Narrowing it down to a handful of schools, Modster committed to University of Arizona. “They were my first offer,” Modster said but a month before National Signing Day he made the decision to switch his commitment to UCLA.

“I liked the way their offense was and they’re a tremendous university I’d love to be a part of,” Modster said in regards to why he decided to ultimately sign with UCLA.

Modster fell third in the depth chart under first year head coach Chip Kelly. From the five games he appeared in last season, Modster had a 64.4 percent completion rate, 671 yards, and four touchdowns. It was clear to the Bruin fanbase that they had a special player not being utilized.

After he made the decision to transfer schools was made Devon turned to his family for support. With help from his father he landed at Palomar. The quarterback looked to join the team, but due to eligibility guidelines set in place by the NCAA, Modster is confined by a five year clock.

From the time he enrolled at UCLA he had four competitive seasons to play. Unfortunately, playing for the Comets would have taken away from being able to play at a D1 school. For now , Modster is taking classes working towards a degree in sociology.

Having to make a decision by mid December on where he wants to play next, Modster has seen interest from a handful of schools. Boise State was on the short list for Modster. His older brother, Sean Modster is a senior at the school.

Modster is looking to be able to walk straight onto the field and start. In his third season the young quarterback won’t have a lot of time to waste if he wants to make a good impression on the football world.

Among the interested schools is San Diego State who could use some help in the quarterback position. Every school and coach are looking for different things. Most football programs are looking for young, fresh faces to invest their time in, so for Modster it is been a journey trying to find a school that has a need for an experienced player.

Modster mentioned that he had coaches in the past that have suggested he change positions, specifically to the linebacker position, to get more playing time, but he has always seen himself as a quarterback.

His most recent offer that came the Montana State validates the fact that Modster is still a young talented athlete who continues to be pursued by top rated football schools.

Modster will be joining Cal Berkly’s football team starting in 2019 as he cotinues toward his ultimate goal of becomeing an NFL quaterback.