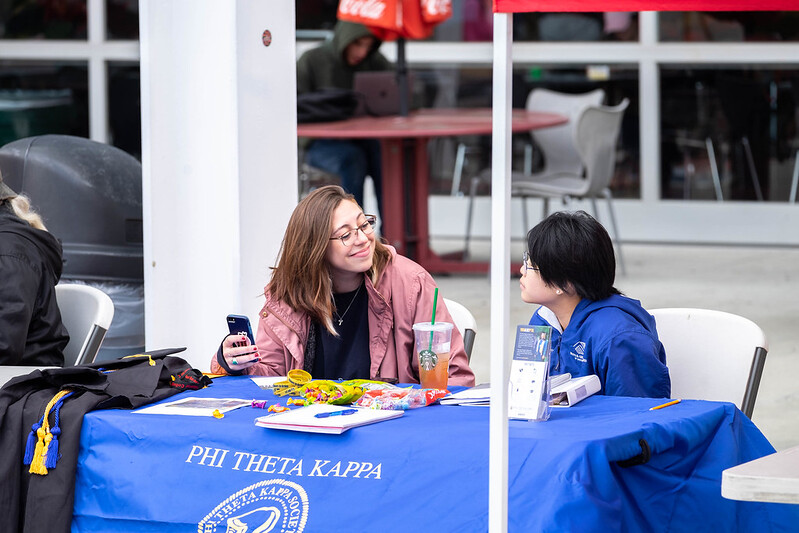 Phi Theta Kappa (PTK) is Palomar’s only Honor Society that works to recognize academic achievements amongst two-year college students. The society’s focus is for its members to work towards advancing leadership qualities and skills.

Another focal point of the society is for members to work at bettering themselves by supporting their communities in any way they can. Every year, PTK works to find fundraisers and charities to work with.

According to the PTK VP of communications, Christopher Carson, the honor society helped raise over $500,000 last year to help fund the newly opened food bank.

PTK is working with Funds2orgs, an organization that specializes in shoe drives that will help support people who have first-hand suffered the outcomes of natural disasters. Funds2orgs (funds2orgs.com) provides the basic necessities for the drive with a kit that contains marketing materials and supplies for collecting the shoes.

PTK is hoping to raise 1,200 shoes by the end of the drive on Dec. 5. All of the proceeds raised from the shoes sent to Funds2orgs will go to helping fund Palomar Scholarships for students.

“You’re helping people who have lost everything,” Carson said, “a lot of times we take for granted something like shoes, something so simple and that small can make a big difference for someone who just lost everything.”

PTK is collaborating with the Associated Student Government (ASG) and other campus clubs to spread the word of the shoe drive. Campus clubs will be competing with one another to see which group can gather the most donations. Whichever clubs get the most shoes wins the most points.

Students can participate by dropping off their gently-used shoes at any one of the following locations around campus: