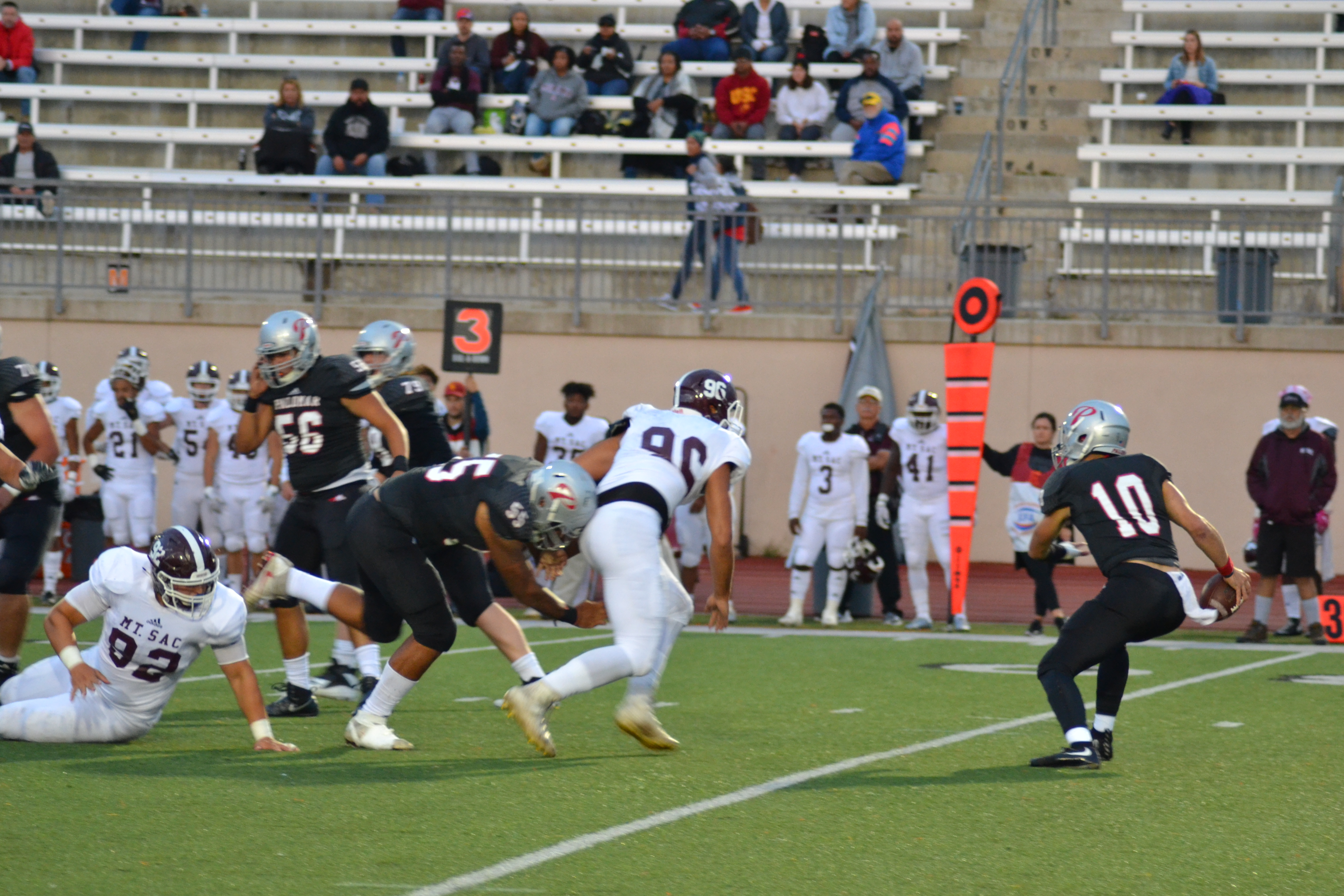 Palomar looks to take down Cerritos in final home game

Palomar College football will play against Cerritos College this coming Saturday, Nov. 3, for the teams last home game of the season. With Palomar becoming more successful late in the season, they make a strong case to of defeat Cerritos

Missed tackles and one missed field goal costed Palomar their game. If the plays were correctly executed, Palomar may have taken the win.

Using effective tactics on both offense and defense Cerritos has won their past two games by wide margins against San Diego Mesa, 50 – 21, and Mt. San Antonio, 36- 14.

Cerritos sophomore running back, Rhamondre Stevenson, has had an outstanding season. He rushed for 215 yards on 30 carries and one touchdown. This game pushed him ahead of the previous single-season rushing record for the college, which was 1,527 in 1991 – but is now 1,552. After this game, Stevenson has rushed more than 200 yards for the fourth time this season alone.

Palomar’s previous game against El Camino was a tough one. El Camino is currently ranked 10th, while Palomar is at 16. El Camino has had a strong season, as they’re currently on a six-game winning streak after their defeat against Palomar.

To take the win against Cerritos, Palomar will need to avoid missed passes and fumbles. The strong defensive game the Comets have been showcasing will have to continue this week. Chris Calhoun an Spencer Kaoanga, who had nine tackles each, will be key in a win for Palomar

Connor Curry will also have to continue improving his passing game after a big game against El Camino where he connected for 28 of 49 passing attempts for 389 yards and four touchdowns.

Being higher ranked than they have a good chance of winning the game, as long as they correct their mistakes from their previous loss.

As previously stated by Palomar’s coach, Joe Early, “we did so many good things, including some spectacular things, and kept battling back, but missed too many of our opportunities, had too many dropped balls and untimely penalties and were hurt by their two fake punts.”

As long as Palomar works to avoid missed opportunities, they have a good chance of defeating their opponent in the final home game.

Kickoff is at 6 p.m. at Escondido High School.