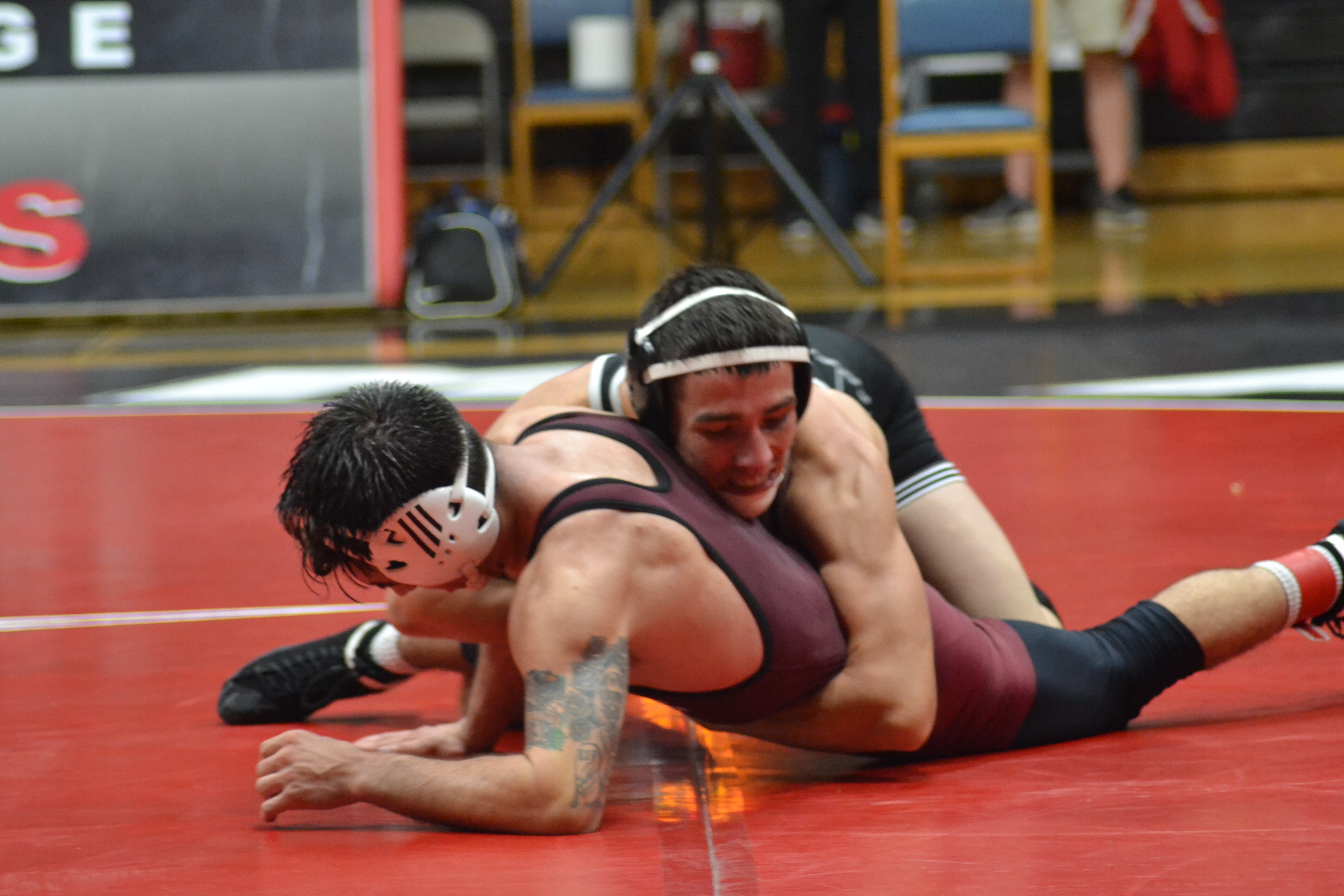 Palomar’s highly anticipated match up with Mt. San Antonio College did not disappoint.

Coach Brody Barrios said, “they’re kind of like our rivals, so it was very important that the team came out firing strong and got the advantage in the points.”

The Comets started off strong with Raul Ortiz leading the charge against Mt. San Antonio’s Nathan Barragan. Fans from both sides filled the Dome making it an exciting affair as many of the matches were very close in points.

Ortiz’s match was so close, that at the end of the third period the match went to overtime. Ortiz prevailed in overtime to capture the Comets first win of the night.

After achieving the first big win, the Comets just kept coming out firing strong, winning seven out of the eight matches that were left.

The Comets overwhelmed Mt. SAC to win the duel . After the duel Coach Barrios said, “the team wrestled to their potential, came out with high expectations and completely dominated our rival.”
When asked where he thinks the team can improve Barrios said, “we are always improving each and everyday with every practice that we have and we are just staying hungry as possible and preparing for state.”

Barrios gives his team a lot of credit because all of the wrestlers go through strenuous workouts, have to watch what they eat, a full load of school, and some even have a job. He’s proud that the team works together and gives it their all when they go out on the mat.

Eric Reyes said, “I believe that we all came out a little stale, but we got the points when we needed them most and won our matches.”

The team is now preparing for State and hoping to place in the top three.