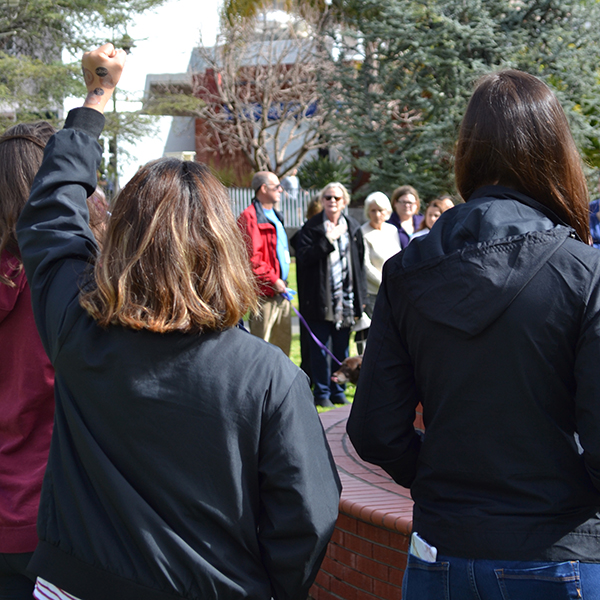 Regardless of your feelings, the stats don’t lie

Being a victim of a severe tragedy does NOT make you an expert on public policy.

Lets, just get that point out of the way. The high school students protesting this are just that, high school students who have zero experience what-so-ever when it come to public policy. Yes, they went through a horrible tragedy that is a real issue, but it doesn’t magically give them the knowledge to know what needs to be done to current gun control laws.

Palomar college isn’t a high school and yet we have students acting like them by participating in this walk-out.

That being said, it is remarkably astonishing to hear people at this walk-out say things such as “I’m scared to send my children to school.” This is ridiculous due to the fact that the LA Times has reported that California has had one fatal school shooting in the past 5 years.

According to the California Department of Education, there are 11,725 schools in California. That being said, this means that over the course of 5 years, there is a 0.00008529 chance of a fatal school shooting happening at a school of your choice in California.

With such an incredibly low statistic, stating that gun laws in California need to be stricter because you’re scared to send your child to school is ridiculous.

Now lets use our imagination here and say this walk out was to change gun laws to stop mass shootings together.

That would also be an extremely incorrect statement due to the fact that the majority of students and faculty at Palomar (according to a poll done by our reporters) would ban assault rifles instead of pistols and handguns.

At first you might be asking yourself, what’s the problem with them wanting rifles gone over handguns? Well contrary to public belief, Ar-15 like rifles are not the source of the problem in mass shootings, pistols are.

Statistics done by the FBI, show that roughly 66 percent of mass shootings between the two are done with pistols. Yes Ar-15 like rifles are big and scary, but that’s not the weapon of choice for shootings. Whatever your feelings are, the statistics don’t lie. This shows the core flaw with numerous movements like this. They base their ideas off of a big and scary example, rather than the factual one.

Finally, this walk-out won’t change anything. It’s not only because a laughable 50 people showed up to this walk-out, but because their reasoning has little to no factual evidence to it.

Because of this, people like me (and politicians alike) will sit back and shake these movements and walk-outs off as if they are nothing until we see some real form of professionalism.