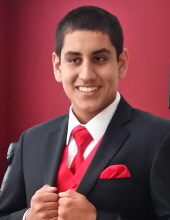 Palomar student Erick Garcia died in a motorcycle accident in Temecula on Feb. 2. He was 21-years-old, and would have turned 22 Feb. 11.

Garcia was an engineering and physics major, and an active student in the department. Daniel Finkenthal, professor and chair of the department, spoke highly of Garcia. “Erick was an exceptionally engaging, optimistic, and conscientious young man. He had a profound effect on the students he shared space with and was a joy to have in class. We are all mourning the loss of this shining light in our community.”

Garcia was active outside school as well, being an instructor with a 2nd degree blackbelt in Krav Maga, a snowboarder, motorcyclist, and parkour enthusiast.

He was also involved with the Hikers and Backpackers’ Club on campus.

Vice President of the Hikers and Backpackers’ Club Steven Parker, knew Garcia as a friend, fellow motorcyclist and lab partner in class. “I was extremely privileged to have gotten to know him over the past couple years; he would be one of the people you still talk to years later, and I am deeply saddened by his passing.”

Parker also stated that Garcia was very involved in his work at Palomar, always taking time to help others. Within the department, Parker said, “The engineering and physics students at Palomar are a tight-knit family, and Erick was at the center of that family.”

The advisor of the Hikers and Backpackers’ Club, assistant professor of mathematics Gina Sanders remembers Garcia crashing her Calculus 3 class last semester. The class had been full, but she had given him a spot.

“There are certain classes and groups of students that stay with you through out the years. This is one of them,” Sanders added. Garcia tended to be involved with the

other students, keeping an upbeat attitude. “The students in this class were very close and Erick was an integral part of that.”

Chris Hopp, ASG President, spoke on behalf of Garcia, who is also in the same department as he was. Hopp said Garcia was well liked, and ASG has been asked by fellow students and friends of Garcia’s to start a program in which students could be memorialized on campus.

While this is a new idea, Hopp and other ASG members have discussed the possibility of something permanent. “We have students that pass away from time to time, which unfortunately happens, and we’re looking for ways to come up with ideas to address this sort of event in the future, “ Hopp said.

Hopp hasn’t had contact with the Garcia family, but looking forward, anything planned for the students would need to be given permission by the family. Hopp wants to make sure the family or friends of the student is afforded the opportunity of memorialization if they request it in the future. He said everyone deserves to be remembered, and ASG has discussed the possibility of a bench, wall, or even a plaque in memorializing the student.

Hopp wants something in place that, if this happens again, there is a process that family members or students can go through to memorialize them. “Erick was a good guy,” Hopp added. “He will be missed.”