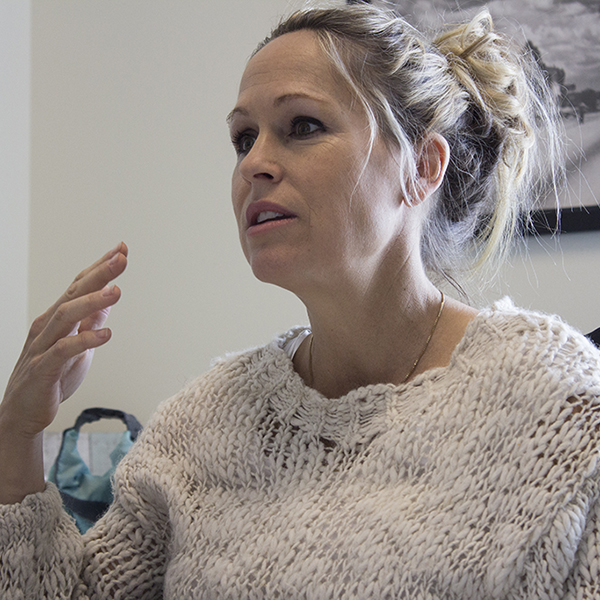 Women’s Press for Progress in March

International Women’s Day on Mar. 8 is a global celebration of women’s achievements and social, economic, cultural and political advancements.

Throughout the month of March, Women’s History Month, Palomar will offer several ways to engage with the movement and teach students, faculty and staff about women’s progress throughout history. Learn about women leaders on campus and how they contribute to the Press for Progress movement:

Catherine Christensen Gwin, PhD, professor of U.S. History and Women’s History at Palomar College, focuses on providing a holistic and comprehensive picture of America’s past. A professor of 13 years, Dr. Gwin’s research examined the politics of gender and sexuality at U.S borders in the early twentieth century and analyzed the history of local women in San Diego.

Dr. Gwin said while she’s noticed progress in regards to including women in the historical narrative, students should remain cognizant while reading textbook materials.

“When I pick up textbooks now, I see a lot more written from women’s experiences. Although, a lot of these textbooks are still somewhat limiting,” Gwin said.

As an advocate for Press for Progress, Dr. Gwin is also a part of the planning committee that hosts events for International Women’s Day at Palomar.

Through her curriculum and external involvement, Dr. Gwin hopes to instill a sense of pride in her students for all genders, ethnicities and backgrounds.

“I want my students to realize that just because textbooks may not yet cover their ancestral role in society, doesn’t mean they were not instrumental in shaping it,” Gwin said. “I want all students to know they are a part of the story and have the power to change it.”

The number of women in computer science is dwindling according to the National Center for Women and Computer Science, but a new club at Palomar is working to reverse that. Palomar Women in Computer Science (PWICS), founded at the beginning of the semester, is Palomar’s first club dedicated to furthering the educational and career goals of women in the industry.

Hanna Rumpler, computer science major at Palomar, was instrumental in establishing the club and helping their numbers grow larger than their original three members.

“The club started off as three people. We won the Women’s Hackathon at CSUSM (California State University San Marcos) in 2017 after creating a mobile app. From there, we got excited and decided to create a club on campus,” Rumpler said.

Rumpler stated that the women of WICS feel excited to be considered pioneers on campus and claim people should not be intimidated to learn computer science skills.

“There are endless resources on the internet that teach basic programming concepts and syntaxes, it’s easier to learn outside of a classroom now,” Rumpler said.

The founders anticipate the club size will increase and encourage more students, women and men, to join the force.

Rumpler declared, “I’d like to inspire others to become developers and programmers. It’s something that I love and it’s a passion I can share.”

‘Sisters in the System,’ by female writer Tori Rice, is commissioned by a nonprofit arts advocacy group, Playwrights Project, produced by CSUSM theater and performed by Palomar students.

Although the play is fictional, the script is based on real people and true events to shed light on issues children face in the foster care system.

“This play is a vessel to create opportunity for dialogue and community engagement, because not everyone knows the struggles foster youth experience,” Travao said.

‘Sisters in the System’ is sponsored by ACE Scholar Services, a program that supports former foster youth at CSUSM. Travo explained that the play’s purpose is twofold. While it spreads awareness about the hardships of foster youth, it will also be performed in honor of International Women’s Day and Women’s History Month.

“Let’s talk about how hard it is to be a woman artist. Even though we have a voice and there has been progress, we are not always acknowledged,” Travao said.

In an effort to engage with the community, an open discussion will be held after the play to give audience members the opportunity to talk to foster youth and learn how to get involved in the system.

“It’s extremely rewarding to tie my art with social injustice issues around me,” Travao said. “Sisters in the System is a gift because we have the opportunity to connect with an important part of history.”

‘Sisters in the System’ will show at 3:30 p.m. on Mar. 22 at the Palomar College theater. For information, contact Ingrid Travao at emailgeenow@gmail.com