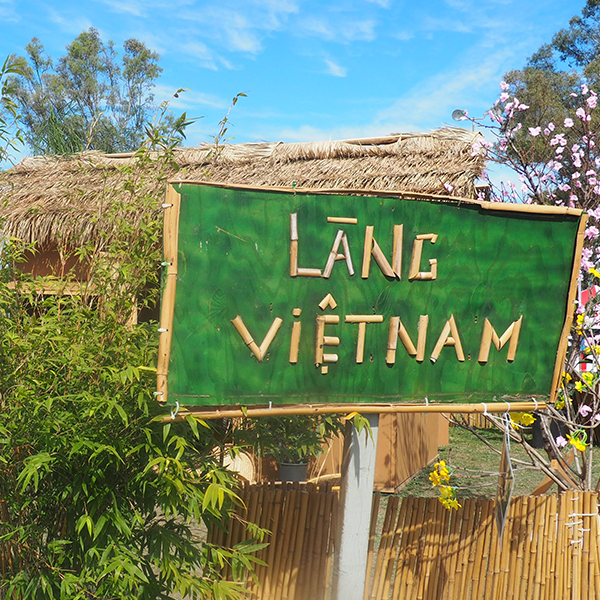 The Vietnamese Tet Festival was filled with life as all ages joined in celebrating their cultural traditions.

The Legendary Lion Dance is a much beloved Vietnamese tradition, and is done every year as a symbol of bringing joy and happiness. Over the three-day festival, this dance is done six times to reiterate the expelling of negative forces and blessing the new year with prosperity.

This festival is a way to remind Vietnamese culture of their traditions, and to bring back a time that was much different than it is today.

Vina Vo and Andrew Tran, Director and Co-Director, both thanked the community in their ceremony pamphlet for the amazing support they receive each year, stating “we would like to thank our handful of committee chairs, the 200-plus volunteers, the advisors, the numerous sponsors, the local leaders, the performers and the festival attendees. We are ever grateful for your support.”

The festival also stages an annual pageant, and this year’s Miss Vietnam was Diana Pham. She said in an online statement regarding her win:

“I want to show everyone that being Vietnamese is beautiful. You don’t have to speak a lot of Vietnamese, or understand that much because it is beautiful to be proud and confident of your heritage. No matter how different your name may be, you should be proud of it because that is what your parents gave you, and it defines who you are.”

Tradition is just as important as cultural history. Each year, a different animal steps forward as a sign of luck and fortune for the year. As the legend goes, 12 animals represented the guards put in place by the Jade Emperor, as well as each individual on earth. The way to get into heaven depended on your animal and the characteristics associated with it.

2018 is the Year of the Dog, which represents someone of loyal character, smart and willing to help others – but can also be stubborn and lazy. The dog is one of the last few to have entered heaven’s gates, but nonetheless is important in being a symbol of luck in Vietnamese culture.

The Vietnamese-American Youth Alliance (VAYA) as well as The Vietnamese Federation of San Diego (VFSD) both work to sustain and grow youth and adults within San Diego to provide cultural awareness. This festival is a way to do that.

VAYA President Khoi Tran and VFSD President Peter Pham reiterate this within this year’s ceremonial pamphlet. Tran added, “We organize projects to challenge youths in exploring their potentials, take on leadership roles and to direct their individual talents toward making a positive difference in the community.”