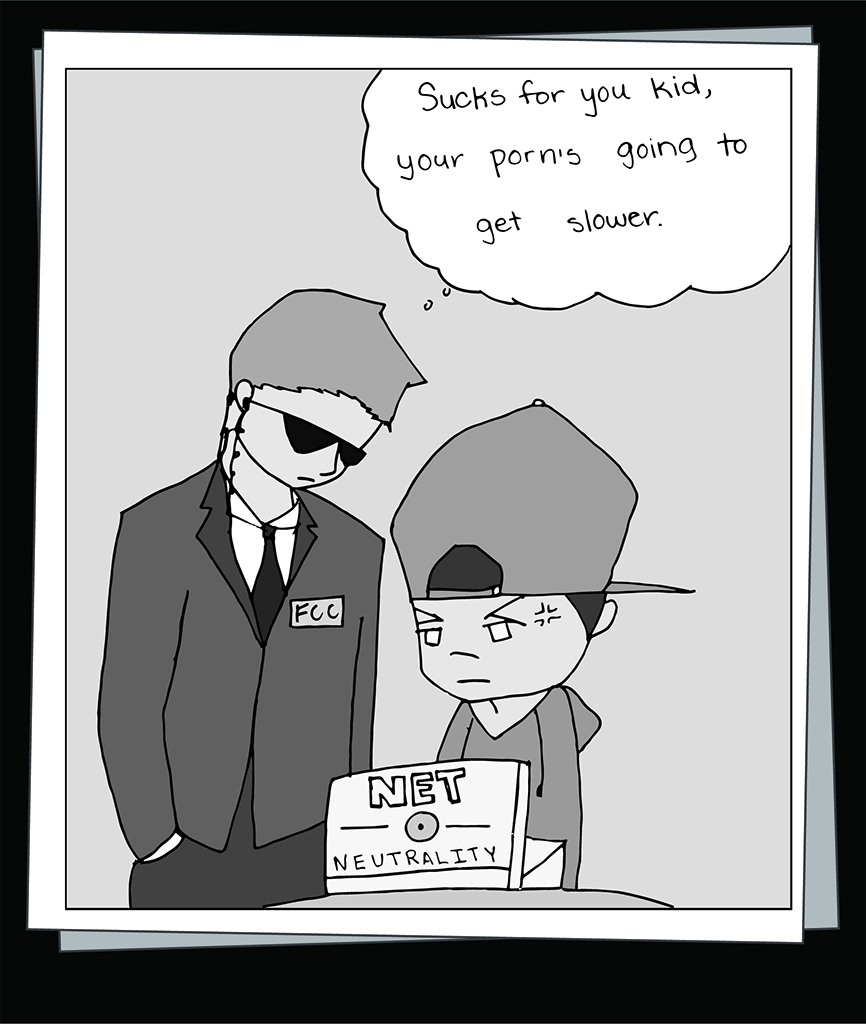 The FCC threatens our freedom to use the internet

The freedom and openness of the internet as we know it today relies solely on net neutrality. Net neutrality is the idea that internet providers should be neutral when it comes to the web, and to have the freedom to access the internet without restrictions.

This freedom applies to the ease and access of reaching sites that you choose to go to, as well as privileges we as consumers don’t often consider during our daily usage of the internet.

The internet service provider you choose should not be able to play favorites. Currently, because we have net neutrality, they are legally obligated to remain neutral. However, without net neutrality, it would be possible for an internet service provider (ISP) such as Comcast to slow down the connection to a website like Netflix or Hulu should the service provider release its own media and entertainment site. By slowing down the connection to a site and providing preference to its own or a company it supports and possibly makes money off of, your internet freedom is effectively limited. It’s a method of censorship.

What site you favor should not impact the ease of your connection. Meaning, whether you get your news from FOX or CNN, it should be at the same quality and speed and independent from which ISP you use.

Throttling, which is the intentional practice of creating a slower connection and site load time, could also rely on paid prioritization without net neutrality. A service provider would charge websites to run at fast speed. Small business or personal website? Nonprofit company unable to cough up the extra change necessary? That site loads slower – affecting both the owners of the websites and you, because now maybe you’re forced to look elsewhere if the page isn’t as quick or reliable.

The Federal Communications Commission (FCC) claims it is “restoring internet freedom” by reversing the 2015 decision and re-classifying the internet as information service once again. Thus, allowing providers and carriers to have a direct role in the content consumers see without being held responsible.

The possibilities of what the end of net neutrality could look like are endless and terrifying.