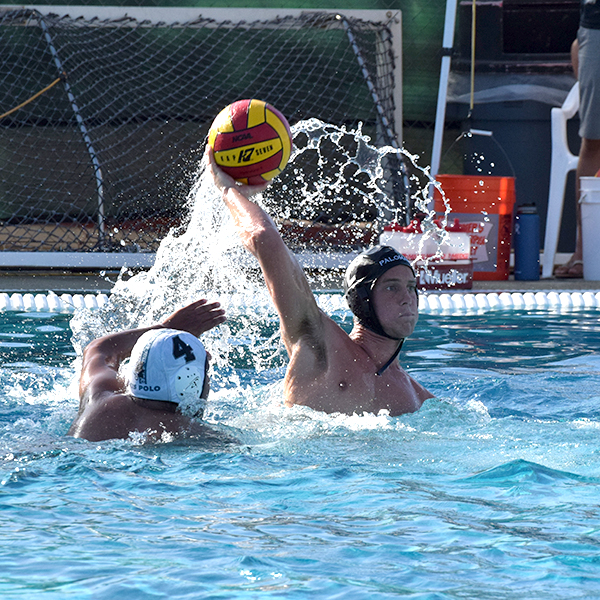 The Comet’s men’s waterpolo team produced an attacking performance on Oct. 11, with 18 shots at goal, holding 75 percent of possession, and average of 4 scored in each quarter as the Comets beat Miramar.

The key to the victory was the Comet’s offensive approach in reliance of speed, stamina and agility to boss the entire pool from beginning to end.

The team was on the same page and after each launch into the net, one could tell the victory was coming. Someone would be completely open, darting quickly free of a defender, and score again, edging towards the final score of 14-1.

On Palomar’s side, goalkeeper Tommy Preston had his work cut out for him, but he was able to block each attempted shot.

In the fourth quarter, Miramar was finally able to score, raising the tally to 13-1 as the ball managed to sneak in, not even a minute before the whistle blew. In that moment it had seemed like a score for the Jets but it didn’t count.

The attempt seemed to pave the way and the Jets finally got one on the board. Up until that point the game seemed to be a barrage against them.

Despite the late goal, it was an easy win for Palomar.

“We had a couple of good chances with our focus set to play smart in all over the pool, to control the pace of the game, and to score. Our plan was executed greatly,” Head Coach Kody Moffatt said.

Perhaps this dominant performance easily demonstrated that Comets water polo’s men squad is boasting a fantastic balance of physical strength and adapted speed to control the game on both offense and defense during the season, a consistent element that continues to carry their winning records in recent seasons.

The result might have seemed to be achieved easily, but the key aspect for this domination was a focused mindset.

“Our ambition is to develop strong character based on the strength and confidence of our players both inside and outside of the pool that keep us in a comfort zone to control our plan,” Moffatt said.