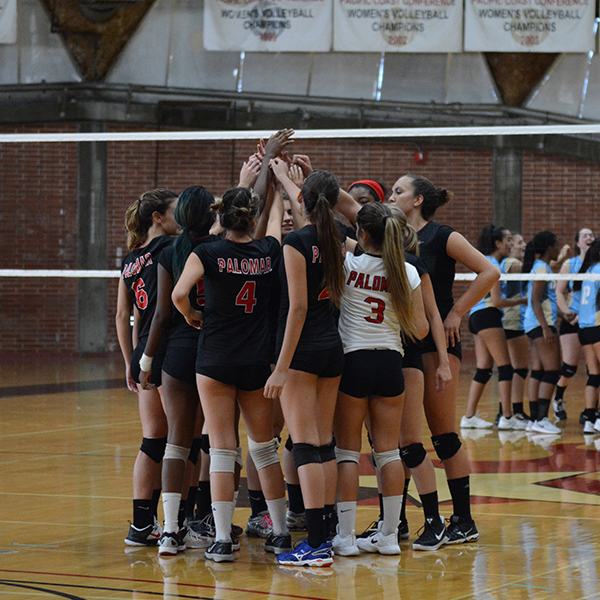 The women’s volleyball team, consisting almost solely of first-year players, will be tested this season as they look to reach November playoffs.

“I have almost an entirely new team. Our first goal is to become a team that understands and trusts each other. Team chemistry is another term for that,” Coach Karl Seiler said.

The current team started training together as a part of a kinesiology course in July and officially began practices Aug. 15.

With only two players returning this year, seasoned sophomore Samantha Radebaugh will have more responsibility on the court than the previous year.

Radebaugh had a strong start in the first game of the season, finishing the match with 11 kills.

“Sam will carry a big role on our team. She has really developed into a great middle blocker. She will be a stable influence to our freshman,” Coach Seiler said.

Despite the team being new, Coach Seiler said it’s not difficult having a lineup of mainly freshman players.

“They are very eager to learn and extremely coachable,” Seiler said.

The second goal for this season is to, “win conference and get to the playoffs,” Coach Seiler said.

They are looking to better the previous season’s concluding rankings, where the Comets finished third in their conference with a 5-3 win loss record.

As for any strategy to reach playoffs this year, he said, “Just as every team, work extremely hard and learn every day.”

The Pacific Coast Athletic Conference was recently split into a northern and southern division, making MiraCosta and Mt. San Jacinto the main competitors within Palomar’s division this fall.

For the upcoming month, the team will prepare for division play with four out-of-conference matches and two tournaments.

The next preseason home game will be on Sept. 20 at 5 p.m. in the Dome against Southwestern.