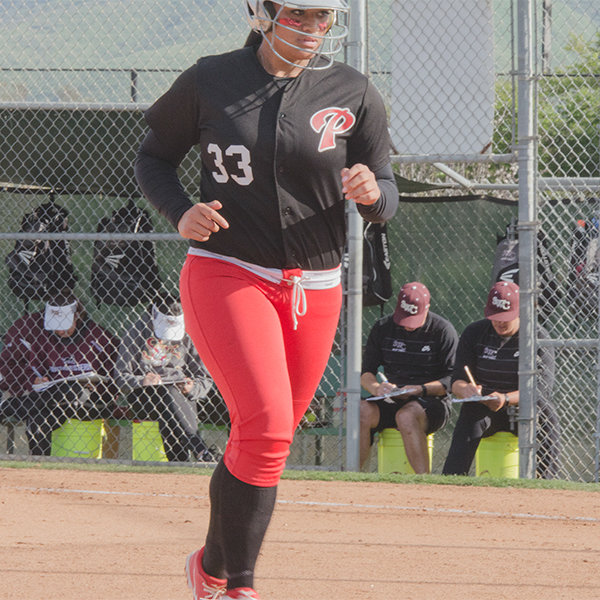 The Comets have just came back from their weekend at the Super Regionals where they made runner up, just missing the mark to enter the state tournament. Tiare Paopao was an essential part of the team, and someone all the players love to be around.

“She’s a really good hitter, and was one of the top players that got home-runs. She’s a great right-fielder out there too. I love playing with her. She’s always smiling and laughing; she has a great personality,” said third base player and pitcher Sam Smith.

The comets had a rough start this season with an unfortunate amount of player injury, but Paopao was there whenever there was a need to fill in, “This 2017 season was different than any other one. I think we had some unique issues with injuries, and that kind of forced us to play people in different positions to fill in,” said Lacey Craft, Softball Coach.

“Tiere is a really great hitter for us offensively, and we actually played her in the outfield which she really hasn’t played in the past. She was able to play that position so we could get her and other people’s bats in the lineup too, to give us the best offensive lineup each game,” Craft said.

Although Paopao had never played right-field before, she wasn’t just hiding out there, “She was running out balls that a lot of natural outfielders wouldn’t do, so I’m really so impressed with what she was able to do this season,” Craft said smiling.

Paopao is thankful to her coach for teaching her so much through this season, “Coach Lacey, I think she’s amazing, she’s very understanding and made sure to teach me the basics. She has a lot of patience. Every day I learn something new from her,” said Paopao.

If it wasn’t for Coach Craft, Paopao may never have played college ball at all, “I wasn’t even gonna go to college, I was just gonna go work and get a job, and then my senior year Lacy and Coach Mark came out and recruited me and my cousins, and they thought I was the best fit for the team. I tried it out, and I don’t regret it,” said Paopao.

“She’s the energy of the team, she gets people going; she’s got a good vibe. She’s never mad, and always has a smile on her face. She’s a good ball player and a good friend,” said Sarah Rodriguez, a utility player that plays all positions.

Tiare has been a multi-sport girl for most of her life, playing basketball, softball, and other sports, but never focused on just one until now.

“Tiare’s is a red-shirt freshman out of Oceanside high school. She’s a local talent, and very very strong, and a really physical player, but really hasn’t focused on the sport of softball a lot. In her past she was like a three sport athlete. So it was really really fun to watch her learn and continue to improve

throughout the season,” said Craft.

Now that Tiare’s laser-focused on softball, the sky is the limit.

In regard to Tiare’s future, Craft said, “I’m just really excited to see what comes next for her; I think this year was just the tip of the iceberg and she had a great season. She made all southern California team, all conference team, and a lot of that was just her natural ability. I know for Tiare the best has yet to come.”