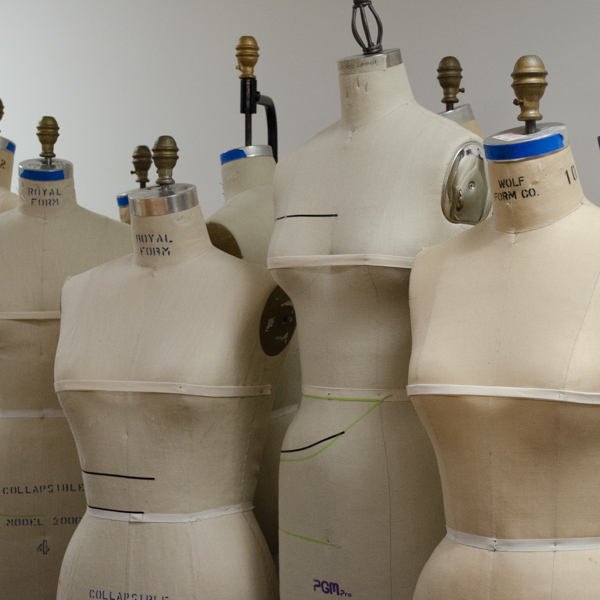 Palomar College presented the MODA 70 Years of Style fashion show, May 4 at the California Center for the Arts in Escondido.

The Fashion Design and Merchandising students showcase their designs every year and this year’s event produced many experimental and entertaining fashions.

Designers in the showcase included single designs featured by Temescal Canyon High School and Fallbrook High School, in partnership for support of the program.

The showcase was inspired by 70 years of fashion, ranging from the 1950s to present day looks. The show had styled looks, single designs, and group collaborations. All designs in the showcase were original looks by featured designers.

The line up was introduced with looks from designer Eva Santiago-Sisco, inspired by the Visual Kei subculture of the 1980s, as well as 1800s Kimono styles.

The designs worked to be visually appealing, as the models walked slower, displaying stunning kimonos.

Mina Shelton designed her looks based on her experience growing up with Japanese culture. The models looked like they stepped out of an anime, with beautiful flared 1980’s prom dresses, as they fancied their way down the catwalk. The metalics shimmered under the runway lights.

In light of Japanese pop culture, Pokemon also made an appearance on the runway with designer Cindee Ferris. Ferris’ designs are motivated by the cosplay movement of fantasy costumes.

Models in her line were dressed in 1950s flared skirts. Yellow was the theme color, with a Pokemon character hat to complete the costume’s look.

Graphics were avidly showcased. Designer Raven Winter also shared her love of superhero comic book designs of the 1940s, adorning her models for her in American superhero gowns, displaying bright and fun colors.

Designer Nancy Warner inspired her looks that represent the woman of today. Her line was innovated for the present stepping into the future. She dressed her models in optimistically bright colors and designs, yet kept the look subtle and minimal.

Leah Rives designed her line with thoughts of nature and timeless beauty. Models seemed to blend in with organic shapes and colors that can span through any decade. Floral colors and leaf patterns were introduced in her yoga set, that are also functionally casual and comfortable.

Attendee Nichole Jones related to this designer. saying she really vibed with the designs and felt she could wear designer Leah Rives looks.

“I like her take on color coordination, the silhouette and design and color combinations, I would wear that, I found myself connecting to the fashion,” Jones said.

Shie Kawasaki modeled her line for the 1950s catwalk. She recreates the 1950s classic lingerie noir element, amping up the femme fatale vibes. Her looks conveyed an elegant glamour that focused on the beauty and flow of a woman’s natural curve.

Rather than creating hard lines that hide or reduce a woman’s beauty, the 50’s style accentuated the fabric to hug a woman’s body. She introduced borders through her classic vintage lingerie, that created a softer, feminine curve to extentuate and create curves in the models.

Genevieve Leonard created her looks with designs for her love of sci-fi to reproduce an assertive and fashionable woman. Her line has a look with touches of every decade. Models wore 60’s flared bodysuits with use of fabric such as denim, for a confident touch.

Excitement was stirred during the night, with Koran Fieldscamaeron gaining a loud applause for his use of urban city-vibe looks.

DJ Frank Pompeo added to the rhythm and feel of Fieldscamaeron’s line. Fieldscamaeron signed off his models with X shaped band aids that gave an edge to his olive, camo and khaki color pallets.

Fieldscaermon approached his design with a realistic present day look with a touch of the future.

He relaunched the hounds tooth design in his look. Black and white was the color theme, with an occasional significant pop of color that gained admiration from the audience.

Juanita Beltran, a Palomar College student who attended the event, favored Michael Martins designs. Regarding a certain look, she said she was impressed. “A dress that had faces on it, it was my favorite one, he used a lot of hounds tooth,” Beltran said.

The attendance for the event was a full house and it was a lively crowd.

The audience was enthusiastic and toward the end of the showcase, model Sarah Elkyayat prodded flattery and compliment that kindled the spectators applause for a cheerful finale.