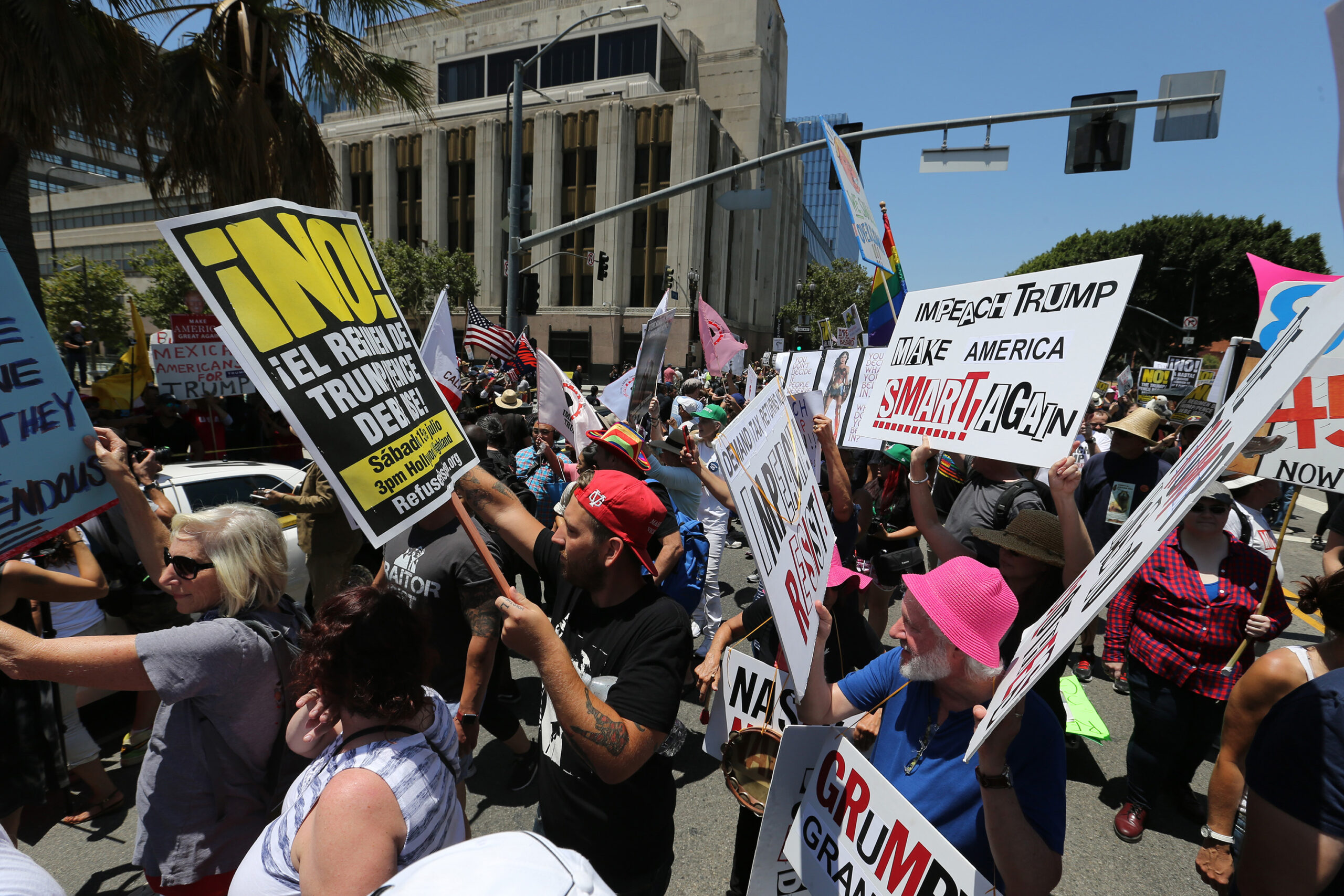 Should President Trump be impeached? (Pro)

Donald Trump is not fit to be the president of the United States.

In the first 100 days of Trump’s presidency, he has failed to keep even the most ridiculous of his promises. His administration alone gave legitimacy to America’s hateful groups to come out and express the things that our progressive nation fought against.

It does not help the fact that our president have welcomed individuals like Jeff Sessions and Mike Pence into office whose motives were politicized with deep prejudice toward minorities. Trump, and his administration are slowly chipping away at the liberties of the American people.

Donald Trump’s political policies do not suit America’s interests either, he promised to oppose the establishment and instead hired unqualified individuals to office. He also has proven to be inadequate on foreign affairs.

His second attempt to replace Obamacare will only serve to be a major tax cut to the top one percent and will take health care rights to those who need it most.

He has threatened to shut down our government if his outrageous proposal to build a wall on the southern border fails to get the funding it needs. Additionally, Trump’s trigger happy persona has caused the lives of a myriad of innocent people in the Middle-East, due to unjustified bombings with poor strategic motivations to hunt down ISIS.

Over the course of our current administration, we have seen nothing but huge political embarrassments and failures to the American people. Trump has spent a large amount of time embarrassing himself on Twitter rather than working for the benefit of our nation.

In his first 100 days of presidency, it has been estimated that Trump has spent $20 million worth of taxpayer money to go on Mar-a-Lago trips in contrast to Obama’s $97 million over the span of eight years, according to an article written by The Independent.

The article stated that “President Donald Trump has racked up an historic amount of travel expenses in his first 100 days in office, by far surpassing the president who came before him.”

This proves how unqualified Trump is to be the president of the United States.

With only a 40 percent approval rating, Trump is going down in history as the most unpopular president in modern history. Blind supporters need to wake up and realize that they are being lied to by the very man they voted for. These people need to understand that their biased reasoning is what is damaging and dividing our nation.

The American people need to stand united and reject Trump’s America, that has been built from hate, and have him impeached from the presidency.