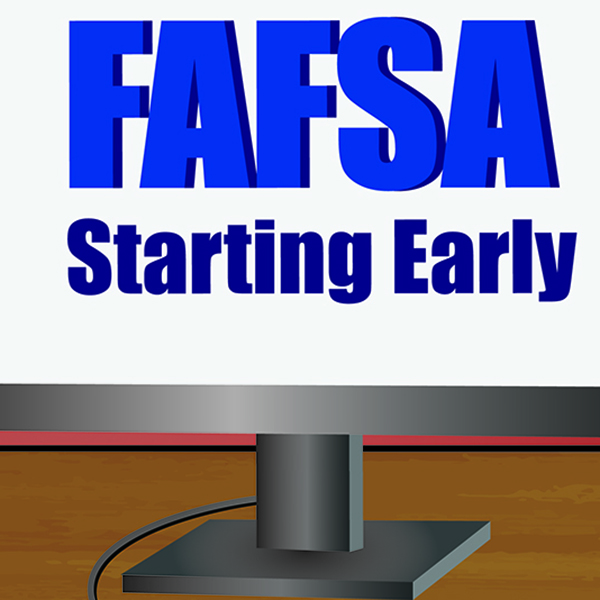 Palomar students saw a major change in the way they apply for free money for college from the government with an earlier application process that creates more accuracy.

The Free Application for Federal Student Aid, known as FAFSA, announced that they would now be requiring income tax information from an earlier year instead of the year prior. This means that students filing to receive financial aid for the years 2017-2018, would be allowed to complete their forms using tax information from the year 2015 instead of 2016.

“I remember last year I had to do my taxes before even starting out my FAFSA and it was super annoying,” 19-year-old student Carolina Benitez said.

Traditionally the Department of Education would make the form available on Jan. 1 of the new year, with the deadline for submission being April 15 of that same year.

“I think it’s [a] pretty cool [change] for people that don’t have the time to do things right away,” Benitez said.

The common problem with the previous deadlines were some families not being able to file their taxes on time, causing them to miss priority processing of their application and moving them down in the disbursements schedules for receiving their aid.

“My parents usually take a while to fill out their tax returns and its really stressful having to go back and change it after you’ve already filed [them],” 19-year-old student Ailyn Castillo said.

Having to go back and make those changes is not only stressful for the students, but also creates more back-end work for the school.

“We have a lot of students that never turn in their documents, don’t respond to their emails or their to-do’s, ” Director of Financial Aid at Palomar College Adrianne Lee said.

Students who submit their applications with guessed information to meet deadlines, thinking they could go back and fix it later, often forget to follow through with pending corrections sent back from the school.

“These are students that are potentially leaving a lot of money on the table that could help them with their education,” Lee said. However, since launching the changes on Oct. 1, 2016, students say the new process for filing their FAFSA is a lot smoother.

“It’s quicker,” Castillo said. “You already have that [previous tax] information so you don’t have to be stressed out about going back and updating information.”

But in case the financial situation for any student or their parents changes between the two-year gap of filing their taxes and filing out their FAFSA, Lee says a ‘special circumstance’ appeal can be made to the school’s financial director.

Once the appeal is made the financial director can verify income change during a process called professional judgment, and override the initial financial aid denial.

“I want every student to get every dollar that they are entitled to for access to education,” Lee said.