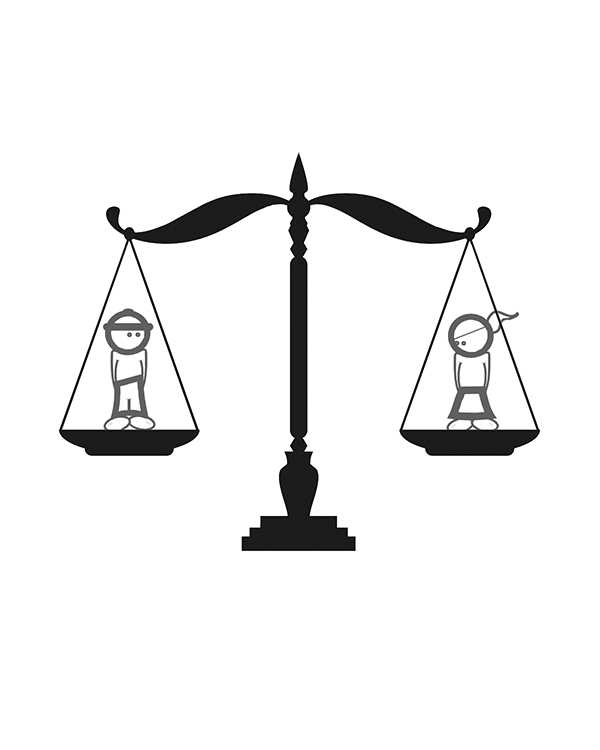 Modern feminism has veered from gender equality into a cult of outrage that seeks to belittle men.

While the traditional definition of feminism speaks on gender equality it has always been from the female perspective. When women were fighting for basic human rights it was understandable the strong one-sided hostility feminists had. They had no freedom to express themselves as men did and had to resort to extreme instances of public disobedience.

Here in the modern-day United States we live in a different world than the first wave feminists did. Now that women have the same laws to protect them that men do, we need to fight together to improve the social standing of our genders rather than fighting to put women above men.

Many believe there is some invisible hand that lifts men up and puts women down. Some of those who are capable of thought validly argue the patriarchy is rather the masculinity that guides our culture and needs to be removed.

However, there are good aspects of masculinity as there are negative aspects of femininity. We need a balance of the two and a removal of neither. Everyone has different privileges and in order for equality we must fight to remove these privileges and make room for equal opportunity.

Women should have equal opportunity to enter any career path, and men should have the same resources to seek out when in an abusive relationship or after being sexually assaulted.

While modern feminists claim to fight for all equal rights, feminists like Michelle Wolf, with the support of the daily show, said “men are such little bitches” on an episode that aired Nov. 1, 2016. This was in response to men becoming infertile, depressed and suicidal as a result of male birth control study.

On the same show Wolf said “aww poor men couldn’t complete the control study because it gave you pimples and made you moody.” In reality the study was ended by the scientist and doctors because, as a result of the study, many men suffered from severe depression, some men became infertile and one man committed suicide.

Feminists like Wolf want to belittle men and put women above men. They do not want to only end the supposed patriarchy, they want to turn the world into a matriarchy.

Contributor to the guardian, Angela Phillips, wrote an article about the possible availability of a male contraceptive titled “Is the male pill good for women?”

Phillips said “sometimes it is not so much convincing him as presenting him with a fait accompli” stating that men should not have an ability to control when they decide to have children.

Feminists like Phillips are so concerned about having power over men that they do not want men to have the ability to decide when they will have children.

Feminists are fighting men and trying to put them down. You can’t have equality and be a protected class. You get to choose one or the other.

Instead of trying to hold onto the privileges we have we should instead be ready to sacrifice to remove the protections each gender has, creating an equal system.