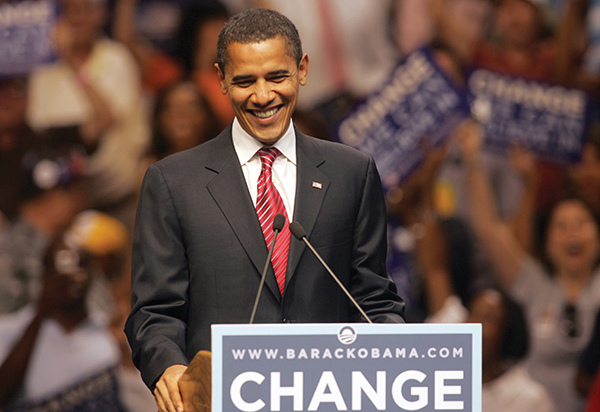 Eight years after his historic election, Barack Obama has left a revitalized America to his successor.

In 2009, he inherited a nation on the brink of economic depression and embroiled in questionable military campaigns in Iraq and Afghanistan. He has since reversed the disastrous effects of the 2008 financial crisis and brought unemployment down to 4.9 percent. In the face of Republican obstruction, Obama passed widespread reform on a multitude of issues.

Obama’s key accomplishment, the Affordable Care Act, allowed over 20 million Americans to get health insurance coverage. In addition, the uninsured rate has decreased from 16 to 9 percent, according to the U.S. Census Bureau – which is a record low that has not been seen for decades.

The Affordable Care Act barred insurers from imposing lifetime limits and denying applicants based on pre-existing conditions or gender-specific reasons.

Prior to the passage of the bill, health insurance plans often considered pregnancy to be a pre-existing condition. As a result, pregnant women could be denied coverage or charged more than other applicants.

Despite its imperfections, the Affordable Care Act brought necessary reforms to a broken health care system and benefited millions of Americans.

Throughout his tenure, Obama stressed the need for climate change reform worldwide and pushed for clean energy.

His administration oversaw the passage of the Clean Power Plan, which sought to reduce carbon emissions state-by-state. The U.S. later ratified the Paris Agreement, a global accord aiming to limit the rise of global temperatures to only 3.6 degrees Fahrenheit by the year 2100.

In 2012, Obama announced his support for same-sex marriage, becoming the first incumbent president in U.S. history to do so.

During his time in office, Obama expanded workplace protections and anti-discrimination laws for lesbian, gay, bisexual and transgender Americans. In 2014, he signed an Executive Order that made it illegal for federal contractors to discriminate against prospective employees because of their sexual orientation or gender identity.

He signed the Matthew Shepard and James Byrd, Jr. Hate Crimes Prevention Act into law, classifying attacks based on an individual’s sexual orientation or gender identity as hate crimes. Later on, he repealed Don’t Ask Don’t Tell, a discriminatory policy that prevented gay, lesbian, and bisexual Americans from openly serving in the U.S. military.

Obama was not without his failures, but the progress that he made far outweighs his mistakes. He brought a vision of hope to a country in tatters, and guided it off the road to disaster. Without doubt, America is a better and safer nation for all Americans than it was when Obama stepped into the Oval Office for the first time.